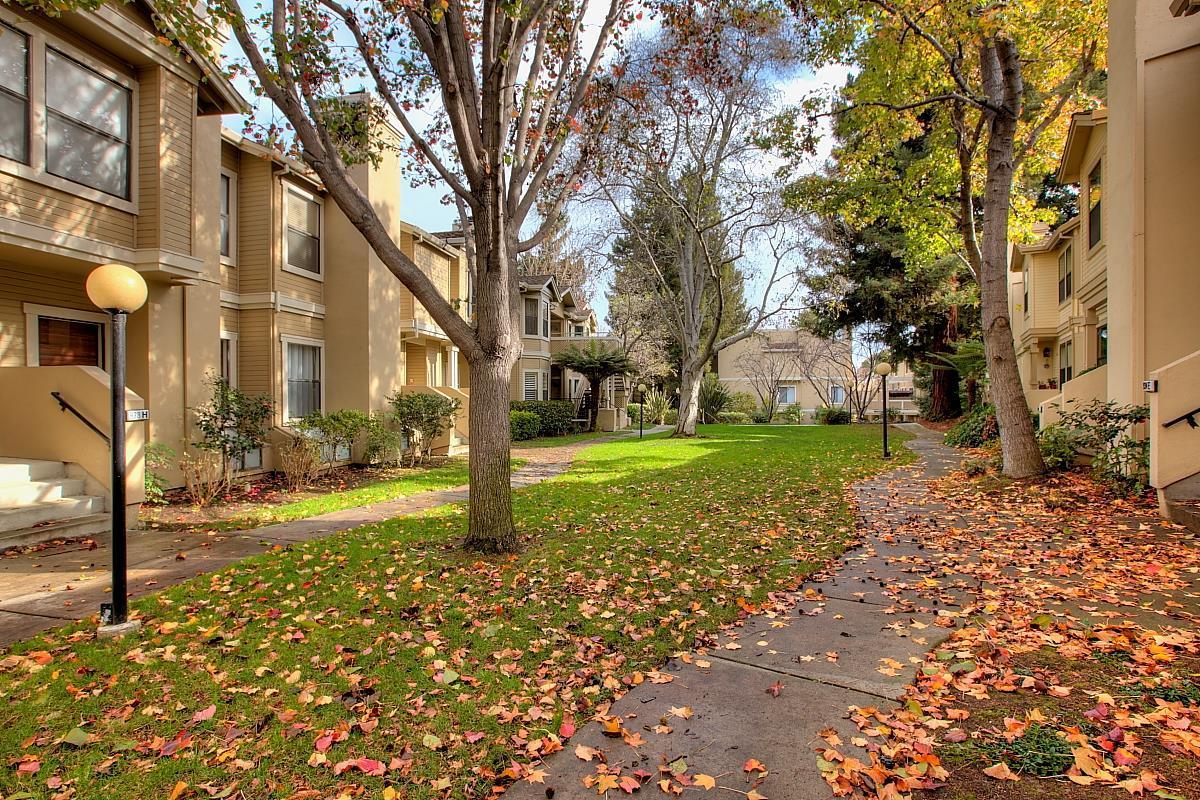 Halloween is a time for pranks and scary stories. People love to be scared as long as they know it’s all in good fun. However, sometimes people are so scared they don’t know what’s real. This happened to me many years ago when I was still a kid.

As you would expect, it was Halloween. Orange Oak leaves flooded the apartment complex where my friend lived. The warm breeze would blow the crispy leaves to the duplexes lining the other side of the street. This particular Halloween day was warm and a little humid. Halloweens in California are a bit of a gamble, as they can be either hot and sunny or cold and rainy. This year was a combination of the two. The day was warm but had a heavy feel, with thick gray clouds like a warm blanket in the sky. I knew a thunderstorm would be coming, but I couldn’t say exactly when. Just like the old adage of a heavy black cloud hanging above your head.

Since Halloween landed on a weekday that year, we all had to go to school kicking and screaming. The day dragged on for so long. When it was time for lunch I thought about running home. I lived right around the corner after all, but I knew that wasn’t the right thing to do. When school was out, I got ready as quickly as possible to go out trick-or-treating with my friend, Daniel. We weren’t young enough to go trick or treating during the day. At the time I was only 13 years old and he was 16.

As the sun set the thunder started rolling in. There weren’t any heavy showers, only thunder every few minutes with a warm breeze pushing the dark clouds into place. Of course, it didn’t matter what the weather was like, my friend and I were going to go trick or treating no matter what! Nothing would stop us from getting free candy.

Since we were getting older, my friend and I decided to split up this year and hit the apartments at the opposite ends of the complex. I covered the west side and he covered the east side. We would meet up at the south end and share which houses had the best loot. I arrived at the south side of the apartment complex before Daniel. I waited alone for a few minutes wondering what was taking him so long. Maybe the houses I went to didn’t celebrate Halloween as much as the houses he covered.

While waiting, I figured I’d play a little prank on him by hiding in the bushes and jumping out when he finally came by. It’s Halloween after all, and every is entitled to one good scare. A few moments later he came running down the street. I jumped out and scared him half to death. “What’s wrong with you?! Don’t scare me!” Daniel yelled. He had a panicked look on his face, “Someone is chasing me. We have to get out of here!” I couldn’t quite process what he was saying since he was speaking so fast. But as soon as he said “Let’s go” and started running, I followed right behind. I certainly wasn’t going to wait around and see what was coming.

We exited out of the south end of the apartments and walked in a hurried pace along the empty street to the west. We decided to take the long way home since we lived at the north end of the apartment complex, and I lived across the street. I followed him in silence, wondering what to say next. In all honesty, I didn’t even know if he was telling the truth. I wondered if he was the one playing the prank on me. After walking for a few minutes I finally asked the obvious question, “What happened?” He had calmed down enough to tell me the story, “A big man was chasing me through the apartments. He just kept yelling. He wasn’t saying anything, just yelling. I think he might have been crazy or something.” Not much detail, but at least he told me everything he knew.

We continued walking down the long street. Common suburban houses lined one side, but the other was nothing but fields of grapes. As luck would have it, rain decided to come down at that very moment. We reached into our candy bags to pull out our umbrellas. Just then, I heard a man in the distance yelling at the top of his lungs. I turned around and saw a small silhouette near the apartments where we exited several minutes earlier. We were pretty far away by this time, but that didn’t stop us from running in the opposite direction.

We eventually made it home safely. I don’t know if the man chased us because neither of us stopped to look back. Daniel slept over so he wouldn’t have to walk back into those apartments. I definitely didn’t want to take him home either.

Later that night we tried to make sense of what had happened and who that man was. My friend, now much calmer in the safety of my room, explained the whole situation once again. Unfortunately there were no new details. We couldn’t go to bed without any answers, so we went to the front of the house and peeked out the window. The rain was much heavier by this time, and it was getting harder to see across the street into the apartment complex. But what we did see raised even more questions on that eerie Halloween. Two men in completely white clothing were walking calmly down the street. Yes, it was Halloween, but this scene was completely out of place. Why would these men be walking out in such terrible weather and at this time of night? Was the man we came across earlier an escaped mental patient?! Or maybe we were the victims of a Halloween prank.