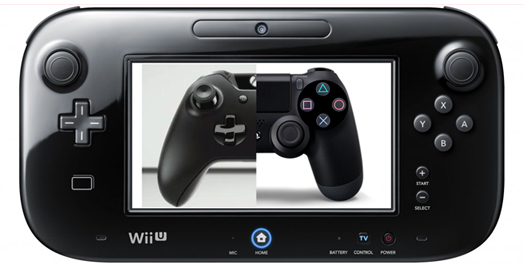 I’ve been thinking about this little subject for awhile now, so I figured I’d pop out a quick blog.

I’m getting tired of people trying to compare hardware specs in non-PC gaming devices. Yes, it can be interesting from time to time, but it should NEVER be used to justify your purchase of a console or handheld. This has been boiling up inside me while moderating comments on IGN during this latest console launch / war. People are arguing non-stop about PS4 vs Xbox One, and Wii U is lolast gen to some. No, Wii U is still this gen. It’s not the specs that make up generations in gaming, it’s when they were released.

So the basic argument is PS4 is stronger than Xbox One. Some say it’s by a lot, some say it’s just by a little. Other than the few discrepancies in hardware, they basically have the same features, and they are incredibly close in hardware specs. How do you know which one to buy? That’s easy, look at the software! When I say software I mean video games. There are so many games that come out on multiple platforms (Xbox One, PS4, PC, and sometimes Wii U). If you see some games that are exclusive to one console that you think you’d really enjoy, that’s the console you should buy! Some people would say they already know this, and other still aren’t convinced.

If you still are on the hardware comparison wagon, I have some examples that may persuade you:

On a final note, I just want to say I’m not a console fanboy at all. If anything, I love PC more than consoles, but I still buy all the consoles and handhelds to play exclusives. If you want to argue hardware vs price and games, the PC will always win. You almost never have to worry about backward compatibility unless you change operating systems, and even then you can find a work around.