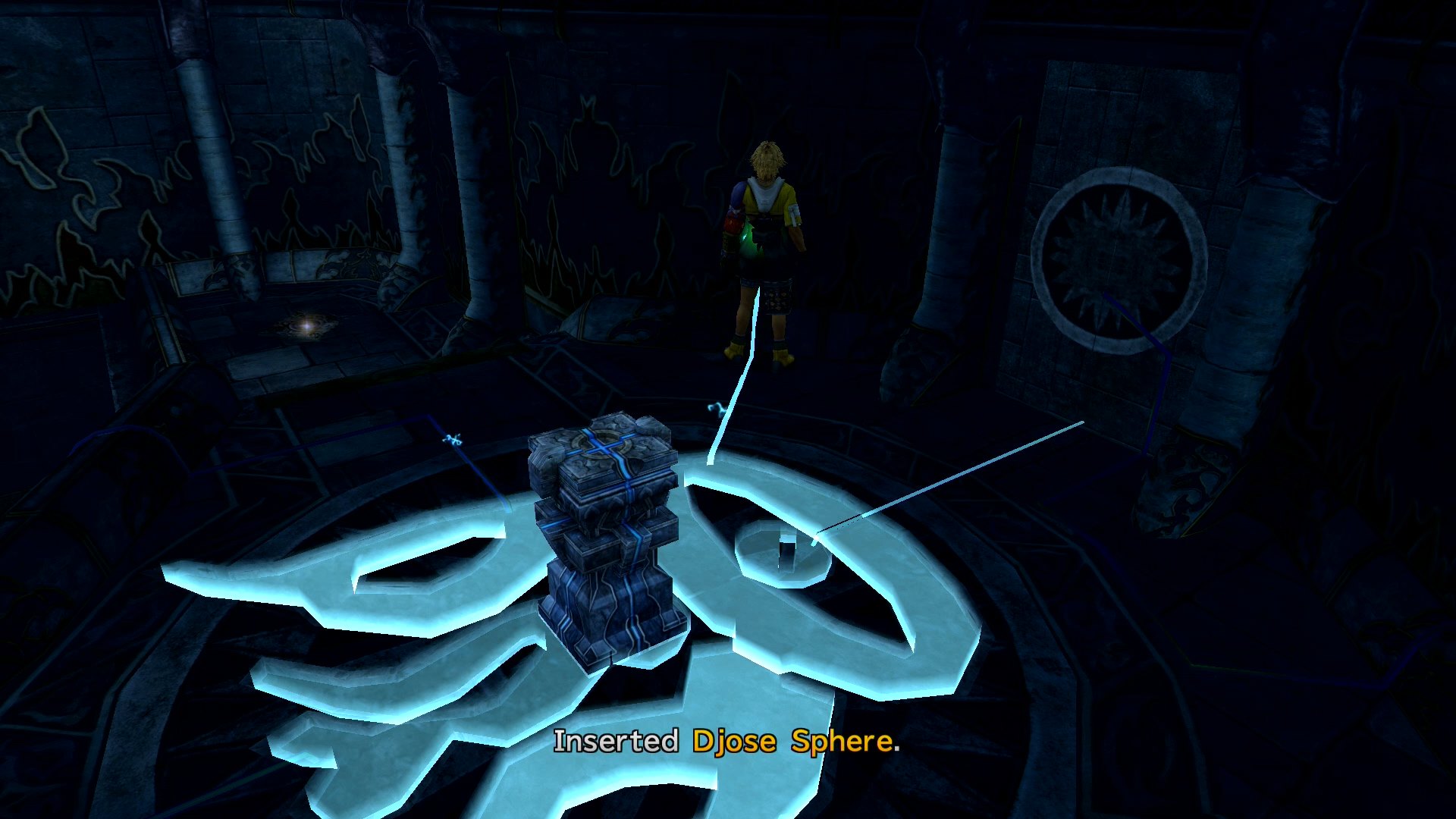 The first part of Djose Highroad is pretty straight forward. Follow the path until you reach a treasure chest containing two Phoenix Down on the left side of the road.

Speak to everyone along Djose Highroad to gather a number of items. One item is the Soft Ring, a piece of armor for Yuna that makes her immune to the Petrify status ailment. This may prove useful against the Basilisk fiend in this area. The Basilisk can petrify your entire party with its Stone Gaze ability. If all three party members are turned to stone, the game will end! Kimahri can also use his Lancet ability to learn Stone Breath from these Basilisk.

A short distance ahead is the hidden Al Bhed Primer vol. XI on the right side of the road. You can barely see it even when the camera angle is right. 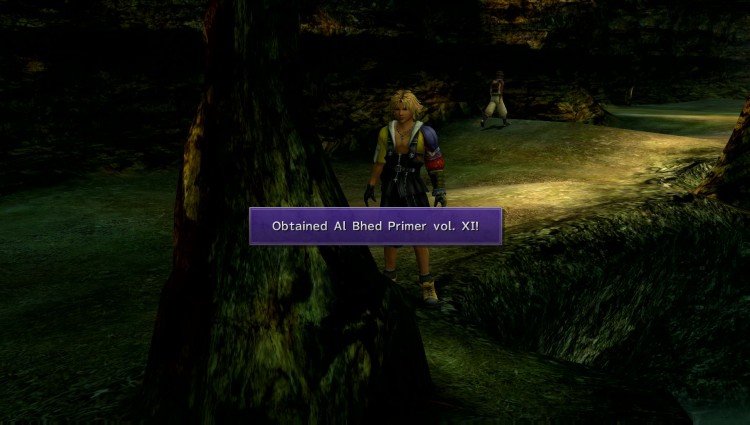 Further ahead is a slightly hidden treasure chest in a small corner on the left. Inside the chest is a Bright Bangle piece of armor for Lulu.

Once the party reached the fork in the road, a short cut scene will play out. Your next destination is the Temple in Djose.

Also on the east side of the map is a small inn. Speak with the woman behind the counter to buy weapons and items if needed, but do not buy a weapon for Wakka. 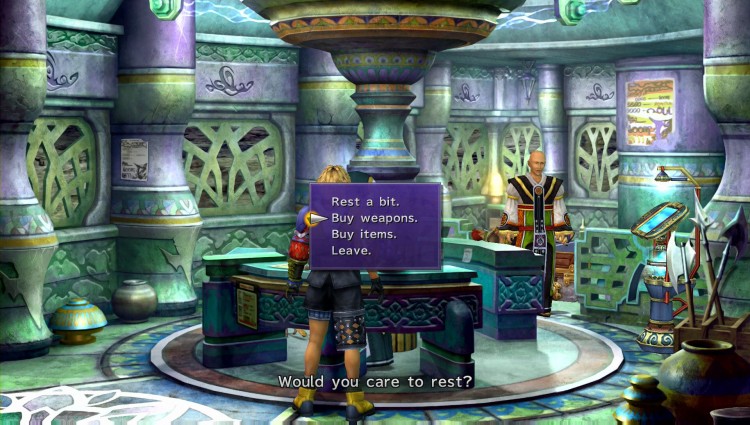 Exit out of the camber on the left and enter the chamber on the right. Inside is a treasure chest containing a very rare Mega Phoenix! When ready, enter the cloister of trials up the stairs.

The first step is to grab the two Djose Spheres from this first room and place them on the nearby door. This will open the door to the second room.

Once in the second room, remove the two Djose Spheres from both sides of the door and place them in the two recesses on the eastern (right) wall.

Push the pedestal from the middle of the room to the right. A bolt of lightning will come down and charge the Djose Sphere on the pedestal.

Step on the blinking white light on the west (left) side of the room to bring the pedestal back to the middle. Remove the charged Djose Sphere from the pedestal and place it on the recess to the right of the door ahead.

Remove the two Djose Spheres from the eastern wall and place them on the pedestal. Push the pedestal through the newly opened door to create a sort of stepping stone.

Jump across the electrified area and interact with the pedestal at the end to illuminate part of the insignia on the floor.

Jump back to the last area and step on the blinking white light once more in the west to bring the pedestal back to the main area. With it back, remove the two Djose Spheres from the pedestal and insert them into the two recesses in the very first room.

Return to the second room and remove the charged Djose Sphere from the right side of the door. Insert this charged Sphere into the recess to the left of the door to complete the insignia on the floor.

Before going up to the stairs, take the elevator back down. Walk to the west and touch the green glowing spot on the wall. This will destroy the wall and reveal a Destruction Sphere.

Take the Destruction Sphere back up the elevator and insert it into the pedestal. This will destroy the wall on the east side and reveal a treasure chest containing a Magic Sphere!

With all that done, ascend the stairs on the west wall to reach Yuna and the rest of the party. After the cloister of trials, a short scene will play out with Dona. When that’s over with, try to exit out of the room to activate another scene. Yuna can now summon a new Aeon called Ixion!

Tidus will wake up outside the inn the next morning. Go back inside the inn and open the treasure chest in the back. This chest contains Wakka’s weapon, the Switch Hitter. This is why I said not to buy Wakka’s weapon earlier.

Enter the left chamber inside the Temple of Djose to find Yuna. Speak with the woman next to Yuna’s bed to wake her up. Exit the temple and walk forward to start a short scene.

Talk to everyone on the bridge in the next area (Pilgrimage Road) to receive Kimahri’s Halberd, two Hi-Potions, and ten Potions. Return to the fork in the road at Djose Highroad, then travel to the northwest to the Moonflow.