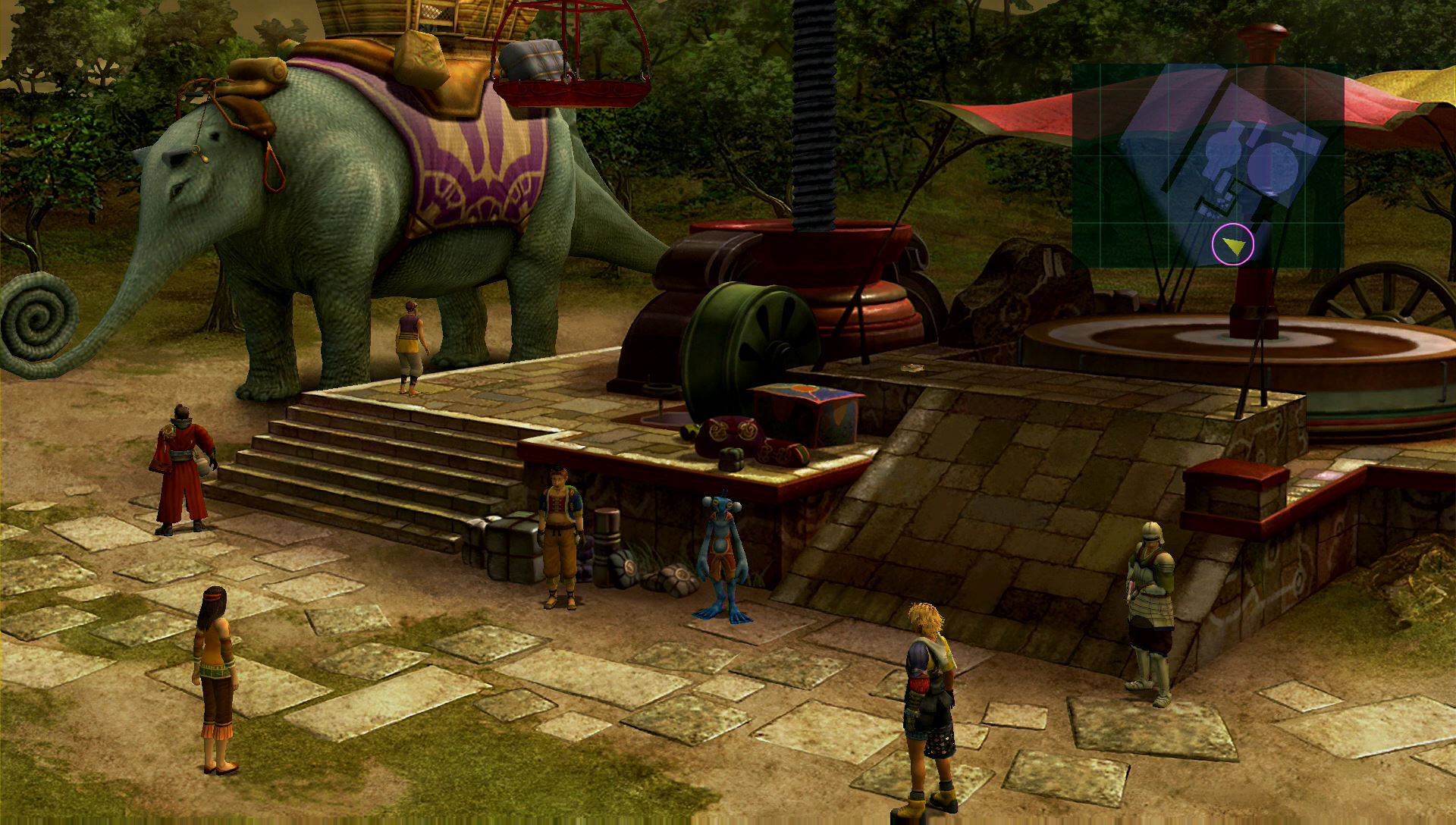 This road is very linear, but has some very slight turns. Speak to Shelinda on the right side of the road up ahead. Afterwords, climb up the small path further right to find a treasure chest containing three Lv. 1 Key Spheres. The path is slightly hidden.

Up ahead are two Ronso. Walk up to them to start a short scene. Once the scene is done with, open the treasure chest nearby to obtain an X-Potion.

Contine down the road until you see a small dirt path on the right. Follow this path to find a treasure chest containing three Lv. 1 Key Spheres.

Belgemine is further ahead. Speak with her to battle Aeons once again. She will summon her Ixion. You can use both Ifrit and Valefor against her Ixion.

Things will be a lot easier if both – or at least one – of your Aeons are in Overdrive mode. Ixion will cast Haste on himself to attack more often. Use your Overdrive, then follow it up with basic attacks. If you’re using Ifrit, you can command him to use Fire on himself to regain some HP. Hopefully you can use two Overdrives before being KO’d to end the match quickly.

After the battle you will obtain the Summoner’s Soul. This will allow you to teach new abilities to your Aeons using items. If you defeated Belgemine, you will also receive two Dragon Scales that can be used to teach Watera to an Aeon.

Continue down the road, but do not leave the area. Walk along the left side of the road before the exit to find a hidden path to a treasure chest. This treasure chest contains a Magic Def Sphere. Grab it and enter the next part of the Moonflow.

This road is pretty short. Walk forward to activate a cut scene, then head west to reach the next area.

A treasure chest containing two Phoenix Downs can be found in this area. You can also buy some weapons, armor, and items from O’aka. Speak with Yuna and Kimahri to hear a story from ten years ago.

The area to the west has two more merchants. Speak to them to buy armor or items. When ready, continue west to a small resting area. Another merchant will be selling weapons and items here. You can also open a treasure chest near Wakka and Lulu that contains 5000 Gil.

Save your game at the Save Sphere, then speak with the driver in the last area to begin your journey across the Moonflow. The driver is the blue guy who was speaking to the Chocobo Knights near Lulu and Wakka. If you have any Thunder weapons for Wakka or Tidus, equip them now. A boss battle will occur during the ride. 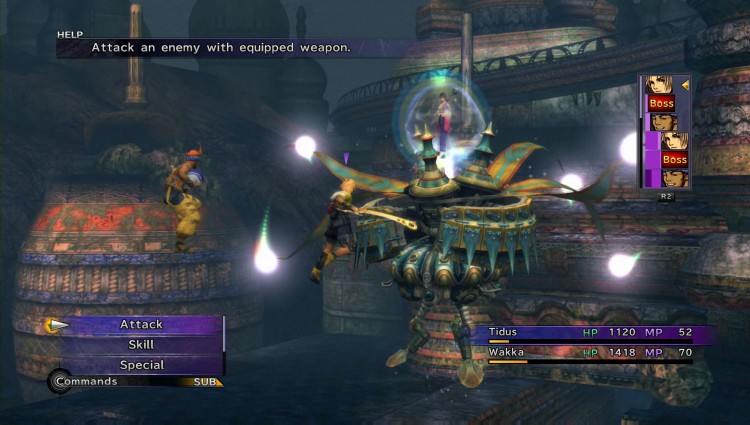 During the Shoopuf ride you’ll encounter another Al Bhed Machina. Only Wakka and Tidus will be able to fight in this battle. This machina is weak to thunder, but since Wakka and Tidus won’t know any black magic at this time, they’ll have to rely on weapons with the Lightningstrike ability — if you happen to have any, that is.

Use Tidus’s Haste White Magic spell on both Wakka and Tidus. This will allow them to attack more often. Next, use Tidus’s Cheer Special ability to boost the team’s attack and defense. Keep attacking and use Potions if their health gets too low.

During the battle, the Extractor will ready Depth Charges by ascending. If you can hit it enough, it will come back down without using that devastating attack. 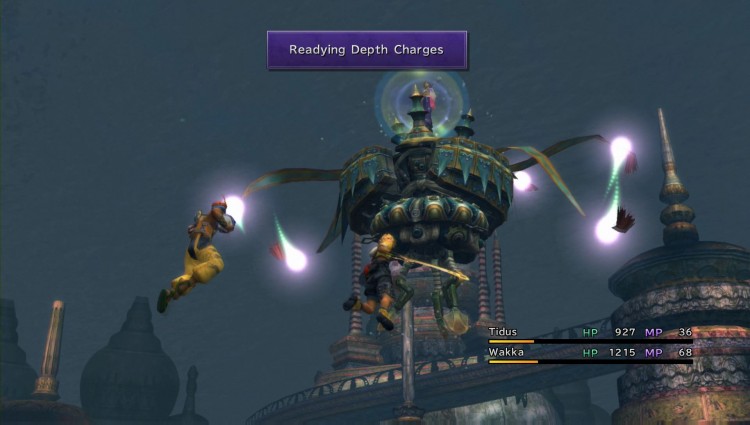 You can save your game yet again at the Save Sphere in this area. When ready, continue west to the other part of the Wharf. You can find the Al Bhed Primer vol. XII up the ramp.

Head to the next area in the southwest to find a few Guado next to a treasure chest. This chest contains an Ether.

Follow the path a short distance to find an Al Bhed on the shore. After a short scene, Rikku will join your party, and you will earn the All Together trophy.

Travel along the road to get a short tutorial about Rikku’s Steal Ability and Treasure Chests in battles. Next, you’ll learn about Rikku’s Overdrive ability.

After the battle, grab four Antidotes from the nearby treasure chest. Continue north along North Bank Road to reach the final stretch of land before Guadosalam. One more treasure chest will be at the end of the path containing a Mega-Potion.