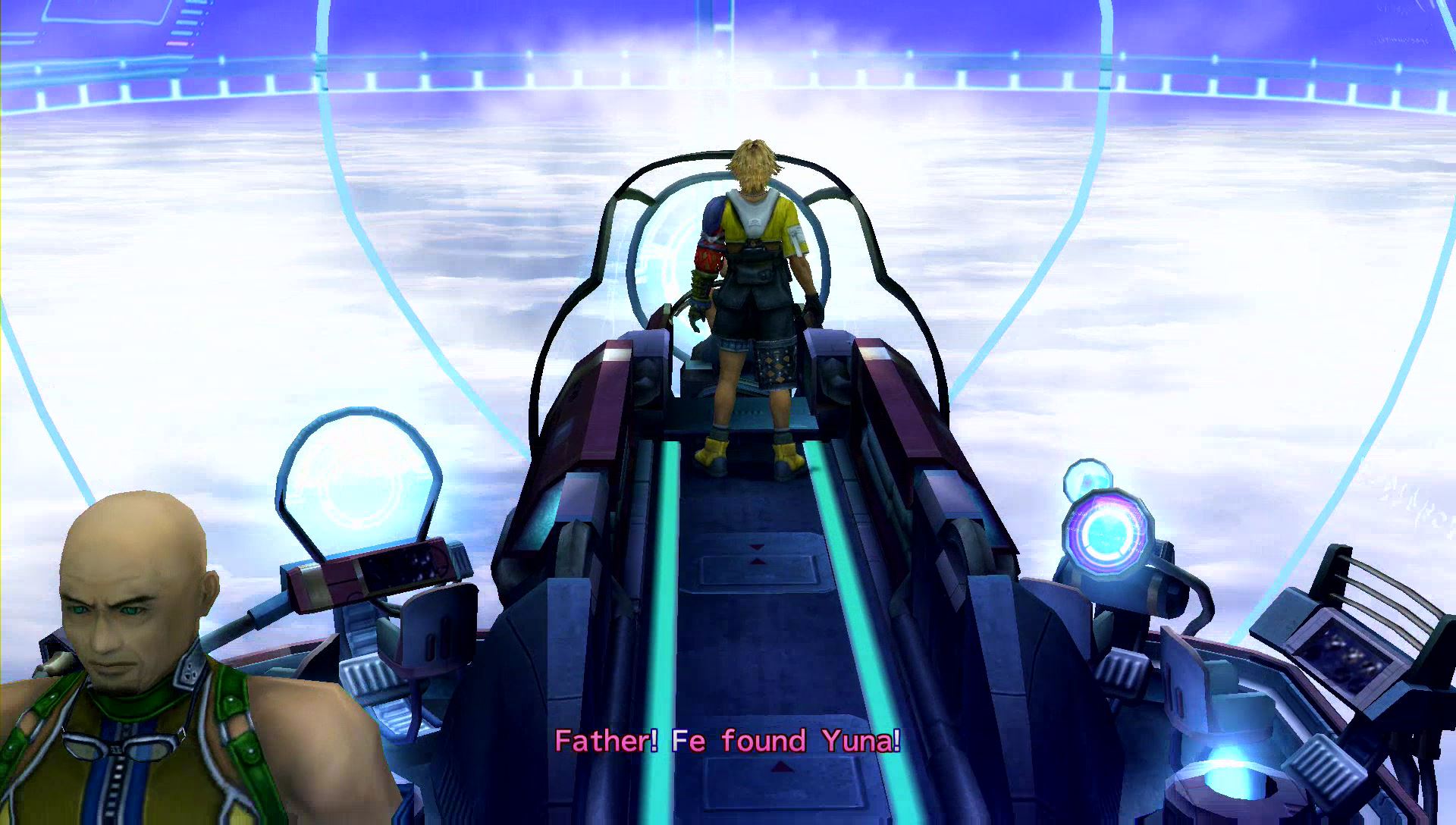 Speak with Cid near the big blue sphere. He’ll tell you a bit more about the ship. When ready, check out the other parts of the ship. Rin is further south. Speak with him to buy weapons and items.

After exploring the ship, head back to the group in the cockpit. A short cutscene will play out. Speak to the pilot after the scene to continue the story.

As you walk out of the cockpit, another cutscene will play out. Guado snuck on the ship on released Fiends! Your objective is to reach the top deck of the ship. There’s a lift in the cabin of the ship that leads to the deck. Speak to the Al Bhed on the left side of the ship before you take the lift to up to the deck. They will give you four Al Bhed Potions. You may want to save at the bottom of the stairs before taking the lift, as well. As you walk to the deck, Rin will come out and offer you his wares.

In this boss battle, you can use special Trigger Commands to move closer or further away from Evrae. Have Tidus or Rikku use these Trigger Commands before Cid’s turn to move the ship. Keep an eye on the turn meter on the right side of the screen. If you keep far from Evrae when Cid’s turn comes up again, he will use Guided Missiles on the boss that deal about 100 damage several times. These missiles can only be used three times during the battle while far away, but Evrae may move closer to the ship with a Swooping Scythe attack.

From time to time Evrae will use Haste on himself. You can counter this by having Tidus cast Haste on all party members. If you cast Slow on Evrae before he uses Haste, your team will have the upper hand for a short while.

Evrae’s most powerful attack is Poison Breath. This will cause around 1000 damage to all party members and inflict poison. You can see this coming when Evrae roars one turn before. Have Rikku use Al Bhed Potions to heal the team’s HP and get rid of the poison status condition.

After the battle and a lengthy cut scene, you’ll end up in Bevelle.