The rarest of the new album bundles, the BABYMETAL Metal Resistance The One Limited Edition. See what’s inside.

This set is only available to “THE ONE” members, which is sort of an annual BABYMETAL Membership. You must buy an item and enter a code at the designated website to become a member. You will then be able to buy select membership items from A!SMART — if you’re quick enough and have the cash. More on The One Membership here.

This Limited Edition box set was roughly $100. So, what’s inside? 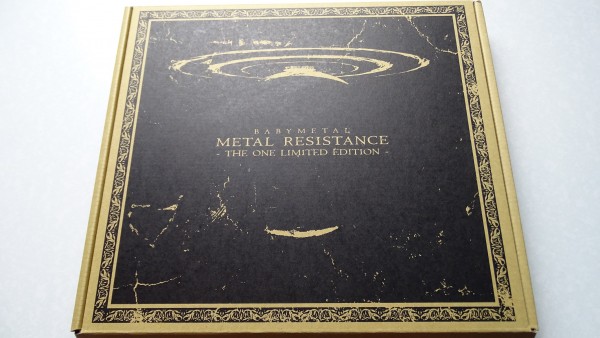 You will receive a cardboard box with the Metal Resistance The One Limited Edition logo seen at the top of this page. Open it up to find a black case with the same logo in red. 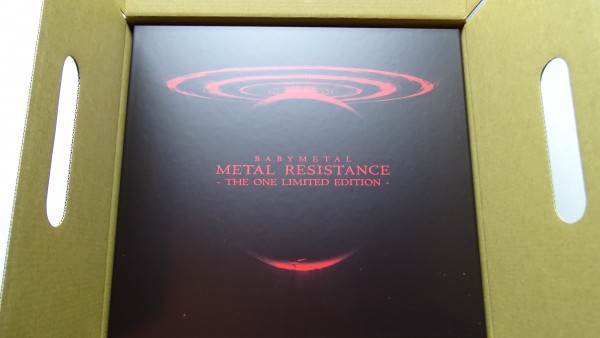 Inside the black case is a foldable case with all the media. It has really interesting art work which I’m glad was added to this set. I was highly disappointed with the art work found in the other Metal Resistance versions. 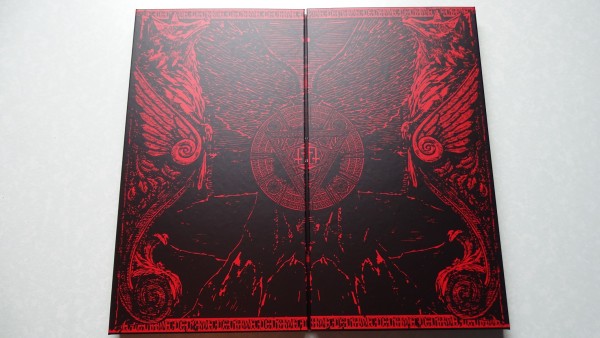 Unfold this case to find the Metal Resistance CD and a Blu Ray with two live concerts. The middle of the case includes the lyrics to all twelve songs. 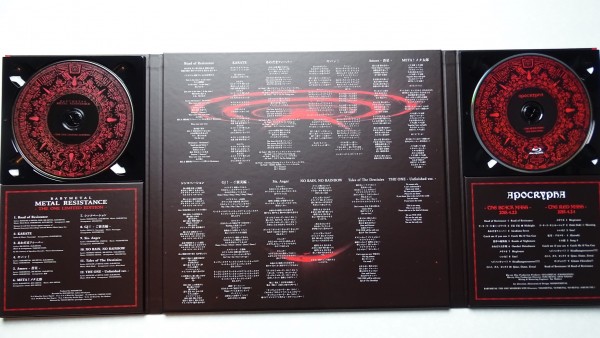 The middle of the case can also fold out to reveal some more interesting art work with the BABYMETAL logo. Inside this part of the case is a small piece of white paper with specs on the blu ray. 1080p 24 fps, linear PCM stereo audio, stuff like that. 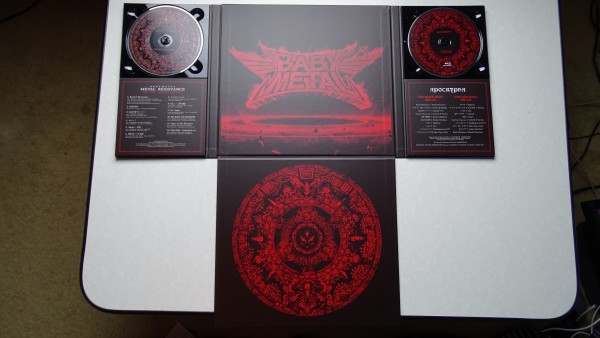 The Metal Resistance CD has twelve songs, two of which are unique to this edition. Also, the seventh song is Syncopation, which is only available on Japanese versions of the album. The international versions replace Syncopation with From Dusk Till Dawn.

The eighth song on the album is a new version of GJ!, and has a run time of 2:58. This is a Black BABYMETAL song, meaning only YUIMETAL and MOAMETAL sing. It pretty much sounds like the original GJ, except there’s an extra sound effect around YUIMETAL and MOAMETAL’s parts. The vocals are a bit light and popish like you would expect, but the music is a heavy type of metal. It sounds almost like the band Disturbed. I usually don’t like Black BABYMETAL songs, but this one wasn’t so bad.

THE ONE (Unfinished ver.)

The twelfth song on the album is called THE ONE (Unfinished ver.), and has a run time of 3:39. It is sort of an acoustic version of THE ONE. It is shorter, has piano, and has string instruments. The lyrics are only in English, and SU-METAL sings them beautifully. The rest of the songs amp you up, but this song really mellows you out.

Since the shows were only for members within Japan, the concert took place in a small venue, similar to the concerts from Legends IDZ. They were held at Tsutaya O-East. 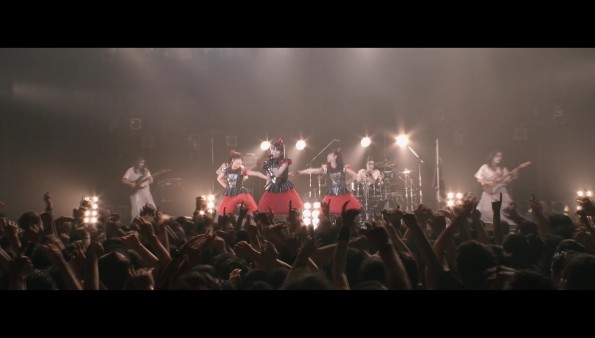 The quality of the video was spectacular. It seems like the best video quality of a BABYMETAL Blu Ray thus far. However, for some reason they shot it in theatrical wide screen. There are large bars at the top and bottom of the screen throughout both concerts. It wasn’t a huge problem for me, but some may not like having bars on the top and bottom of the screen for a live concert performance. 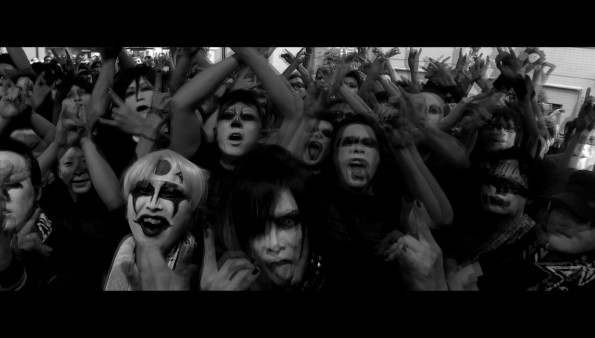 The following songs were played at Black Mass. They were all the same as the previous concerts, except Rondo of Nightmare didn’t have the Kami Band intro like it usually does. 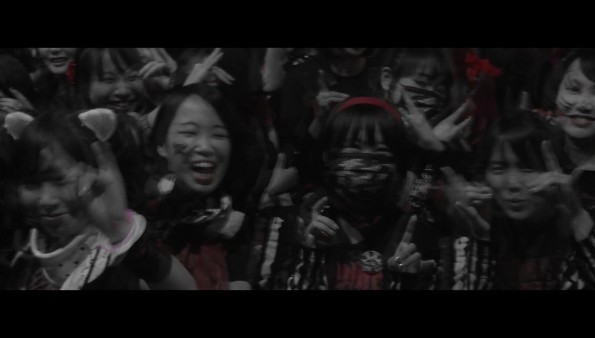 The following songs were played at Red Mass.

The songs were mostly the same, and the girls did an alright job. The dance moves were solid, but SU-METAL didn’t seem to sing with as much enthusiasm as some of the bigger concerts before and after this particular show. Maybe it was because the venue was so small, or maybe it was because they have been playing the same songs for so many years now. I’m not sure.

But that’s all there is to the BABYMETAL Metal Resistance The One Limited Edition set. I also reviewed the CD/DVD Limited Edition set if you want to see that, and I’m still waiting for a mystery box from Go Merch. Keep an eye on my website and YouTube channel for that review!