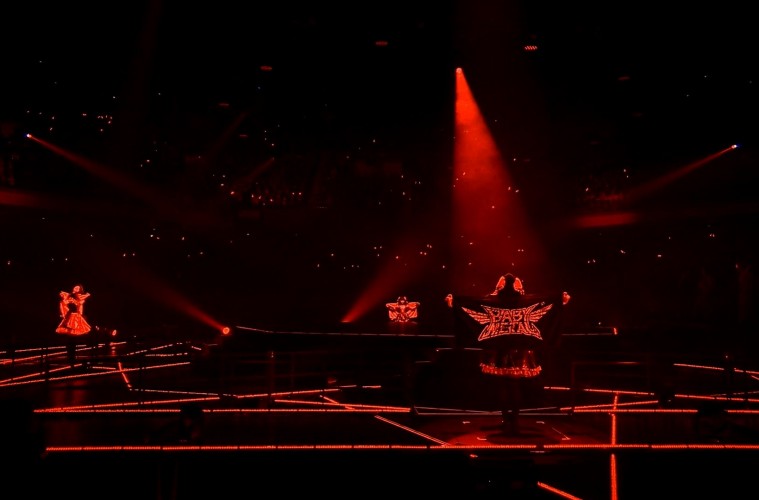 Check out this gallery of 15 BABYMETAL Live at Budokan Gifs from the Red Night concert.

Again, all of these gifs were created by me. Feel free to save and share them, but please give me some credit by linking back to this post!

The concert begins with an awesome light show.

Here’s a shorter version of the last gif.

One of the great things about the Budokan concert is the focus on the Kami band. This is Boh. Probably everyone’s favorite musician in BabyMetal.

This guitarist loves being on stage. I’m not 100% sure of this guy’s name, but I think it may be Takayoshi Ohmura.

I love how this guy strokes his guitar in a circular motion.

And the double bass drums! All metal bands need these.

The Guitar duel during Akatsuki is always great. Of course, the flamethrowers make it better.

Just one more Gif focusing on the band. This was during Rondo of Nightmare.

I’m sure many of you came to see the girls of BabyMetal!

These gifs were taken during Onedari Daisakusen and Song 4

This was during Catch Me if You Can.

And we end with everyone’s favorite, Gimme Chocolate!

That’s all for this collection of BabyMetal Gifs. If you want more, check out my other BabyMetal Gifs galleries and product reviews.