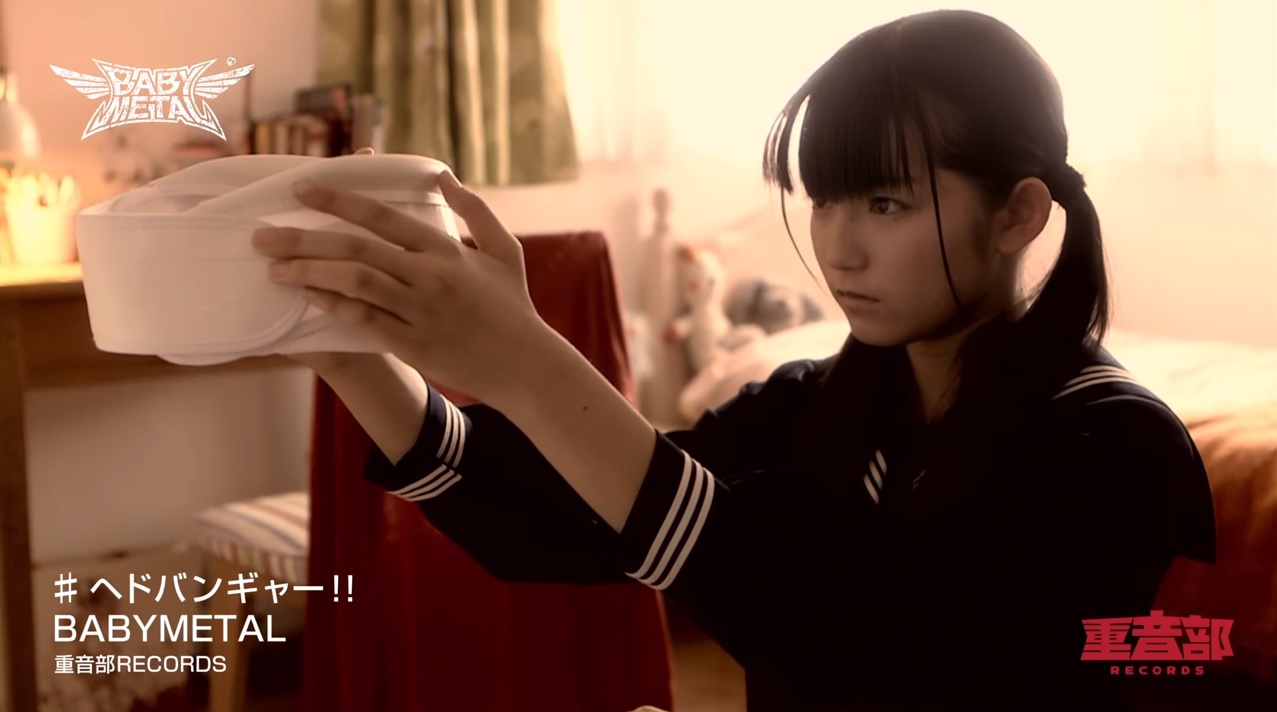 I’m back with even more BABYMETAL Gifs, as I promised. For those that missed the message, some people in the BABYMETAL fan club on Facebook asked me to create more BABYMETAL Gifs. I decided to start with their music videos. We’re now on Headbanger! Some may call it Headbangya, because that’s a direct translation from the katakana.

Long time fans of BABYMETAL may notice this was the point in time they shifted styles from the cutesy school girl attire to the more BABYMETAL esq gothic lolita attire. They also applied a ton of makeup which was never used again, thankfully.

That’s it for this set of BABYMETAL gifs. If you share them, please include this post, too! And don’t hotlink. Keep an eye on my site for more from the other music videos. I also plan on making non-BABYMETAL gifs.