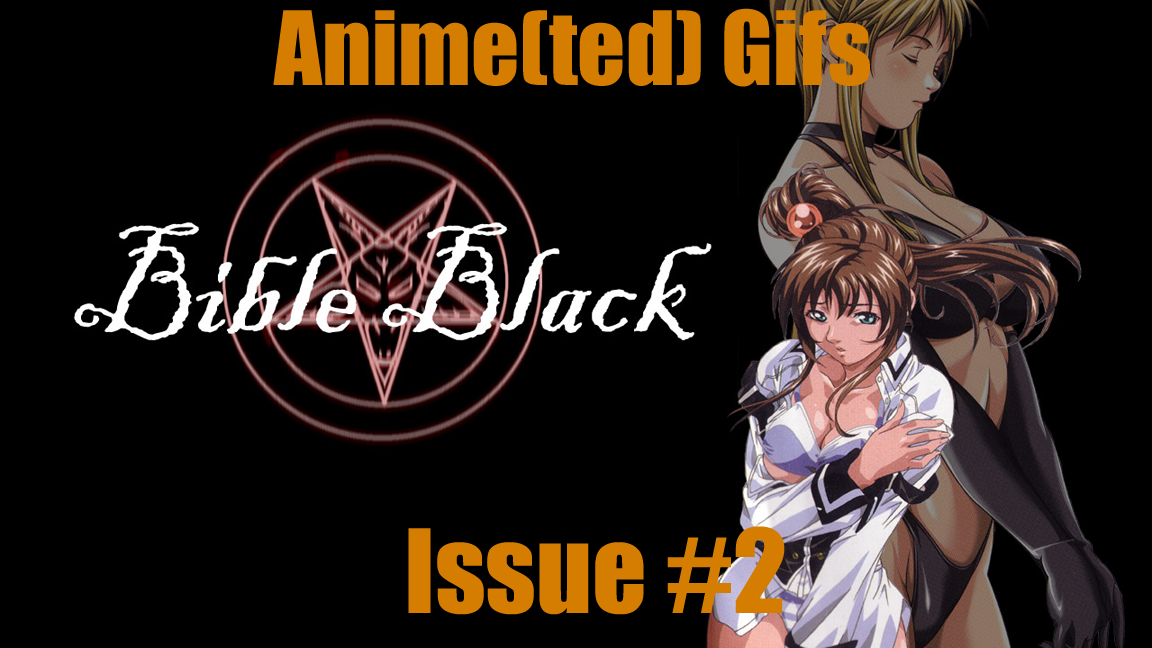 Is your body ready for Issue 2 of Anime(ted) Gifs?! This issue involves the famous Eroge and Anime called Bible Black!

Welcome to the next edition of Anime(ted) Gifs. I decided on doing these every two weeks so I don’t run out of Gifs too quickly. Who knows how long this can last! Remember, I’m cross posting this on my IGN blogs. If it doesn’t take off there, I’ll keep it on my own personal/professional blog. If you’re wondering which place to see these issues, just know that I will be posting these on HectorMadrigal.com a full day early, and it may include exclusive Gifs that are too big for the IGN uploader.

Before making a decision for Issue 2, I was thinking of writing one up for another anime I really enjoy. I even captured about 15 Gifs from one season alone, which is probably too many for some people’s PCs to handle. Instead, I decided to do a small step up from the first Issue and only showcase about five Bible Black Gifs. This Anime started out as a PC game back in 2001. It was a visual novel with a ton of reading and a few still pictures, and I find the story to be fascinating. I would post some of the awesome still pictures I captured from the game, but this is Anime(ted) Gifs, not Still Pictures….or something.

For those that don’t know, Bible Black is for adults only! I’m not sure how much I can put on my own blog and get away with it. I do own and pay for this whole thing myself, but I’m not sure if there are some sort of internet hosting rules I have to follow before putting anything too dirty up. With that said, I decided to keep things light and clean with a few safe for work (SFW) Gifs from the three main DVDs. I think the Gifs I chose were cool, sexy, and interesting. I was thinking of adding some cutesy ones with kissing or something, but I decided not to. One final note before you jump into the Gifs: I plan to keep the native aspect ratio in the future, but I wanted to make these ones perfect squares for online avatars and such.

Remember to leave a comment below with feedback. I’d be glad to hear constructive criticism or recommendations of scenes from Animes to capture and Gif.