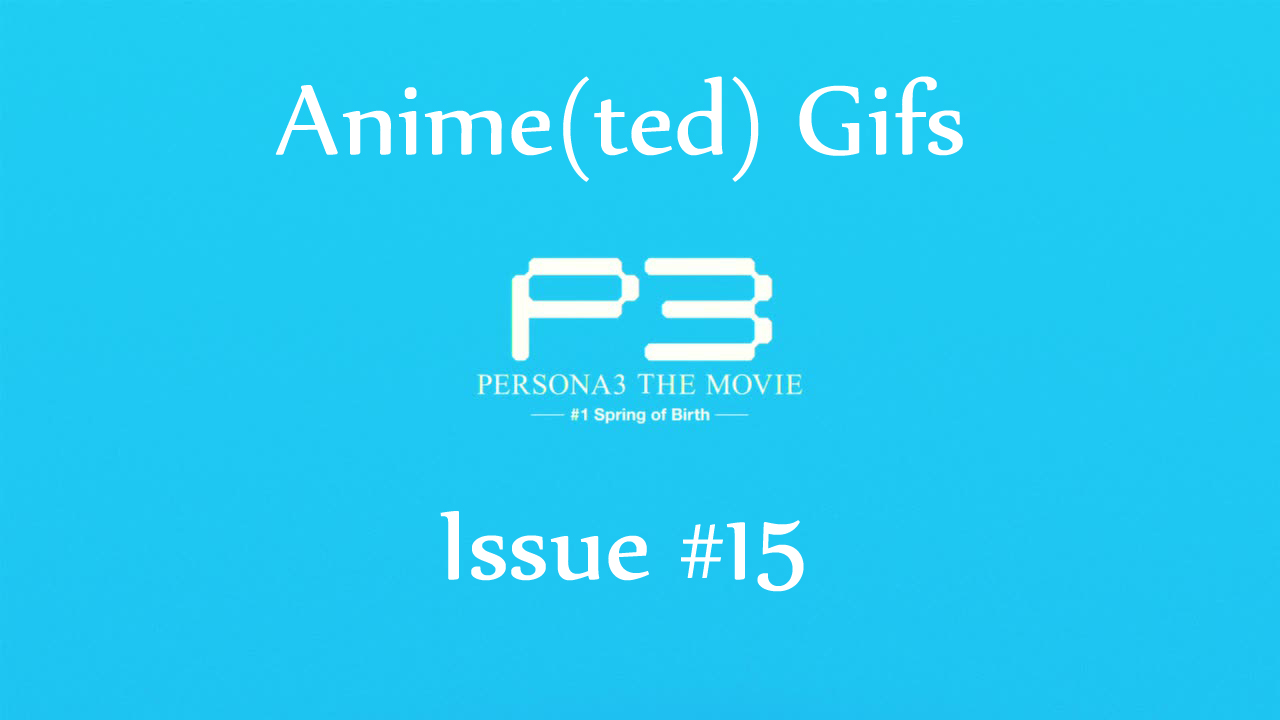 Here are 14 great gifs from Persona 3 Spring of Birth!

Persona 3 was a JRPG video game that released on PlayStation 2 many years ago. It got a re-release on PSP as Persona 3 Portable a short time later. After Persona 4 Golden really took off and got its own anime, the company that owns the franchise decided to make a Persona 3 anime. Instead of making a TV series with a handful of episodes like Persona 4, they decided to make a movie trilogy. The first two already released in theaters, but only the first is available on Blu Ray at this time. The following gifs are all from Persona 3 The Movie #1 Spring of Birth. Yes, that’s a long title!

I hope you enjoyed this issue of Anime(ted) Gifs. Make sure to check out my other issues while you’re here on this site. Feel free to save these images and share them. It’d be great if you give me some credit because, like always, I create all the Gifs you see in every issue.