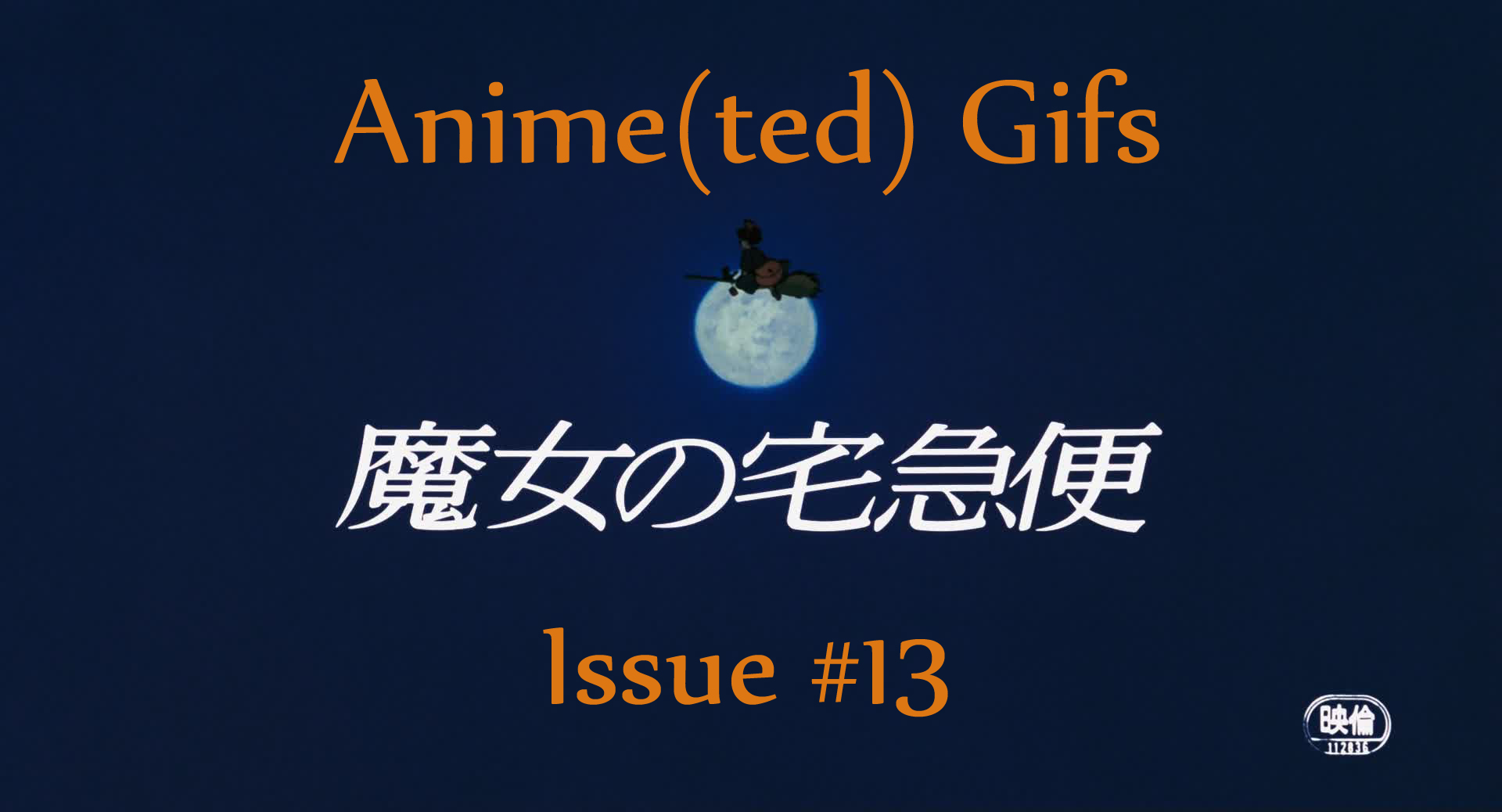 I finally got around to lucky (or unlucky) number 13! Here are some great Kiki’s Delivery Service Gifs.

Sorry for the huge delay on the latest issue of Anime(ted) Gifs, everyone! I’ll try to make up for it with more issues sooner than later.

I’ve thought about this issue for a really long time. For awhile I was thinking about creating some Gifs from Final Fantasy XIII to match up with the 13th issue, but then I was thinking how it’s not technically anime and all that. I had watched a number of anime movies during this delay, but hadn’t really seen any new TV shows. One of those movies I did see was Kiki’s Delivery Service. I figured since it starred a witch, I’d sort of match that with 13 and stuff…… you get my thinking, right?!

Kiki’s Delivery Service is about a young witch named Kiki who leaves home at the age of 13 to look for a new city to live in. This may sound weird, but it’s customary in the witch community. However, witches are becoming a bit of a dying breed. Most people don’t see them around anymore, but some of the older people have heard stories of them. While looking for a new home, witches use their skills to make a living. Unfortunately, the only skill Kiki knows is how to fly. She ends up running a delivery service (as I’m sure many of you figured out by the movie’s name), and the movie is set. It’s a nice, light-hearted movie that I really enjoyed. I recommend it to all those who want to see something fun.