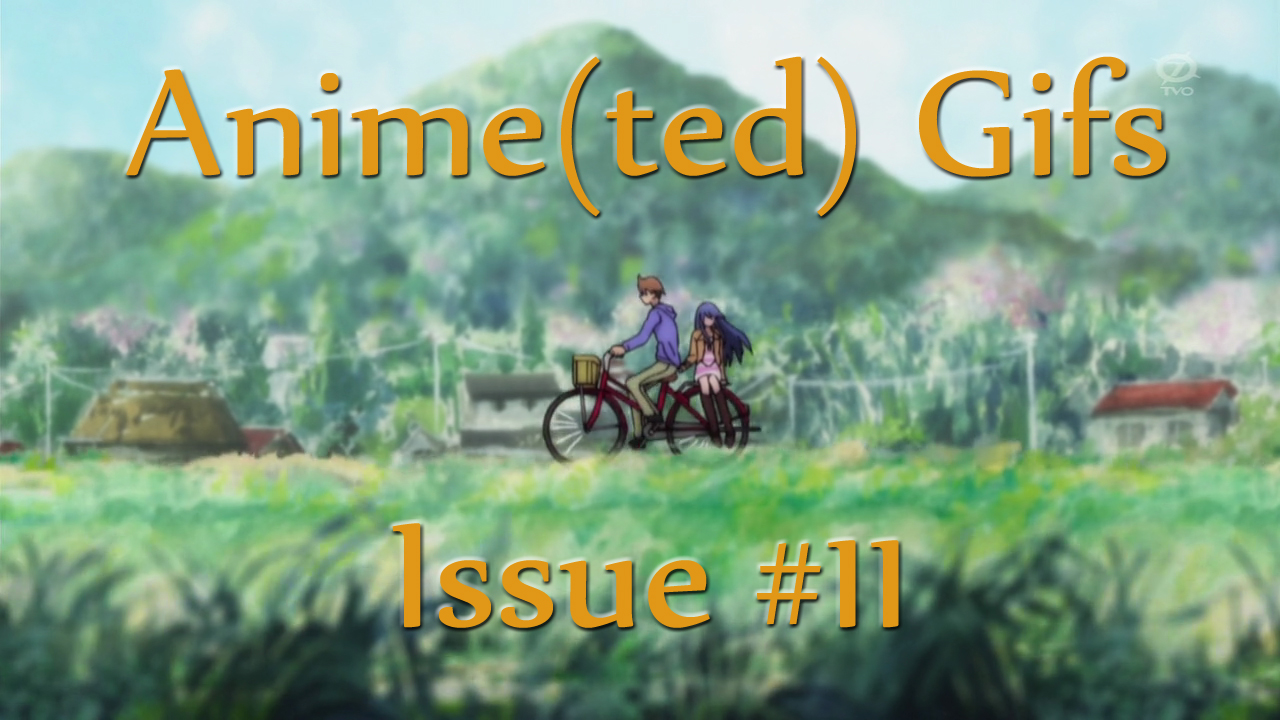 For this issue of Anime(ted) Gifs I decided to capture and create a number of Gifs from a romantic Anime. I’ve had two or three lined up that were recommended to me from the Anime board on IGN, but I haven’t really had the time to watch them, nor was I really in the mood to watch them. So, I decided to watch “A Town Where You Live,” also known by the Japanese name “Kimi no Iru Machi.”

The story of this anime is completely non-linear. It’s about a girl who falls in love with a boy while staying with the boy’s family for a short time. Their fathers’ are long time friends, which is why it’s not so unusual. The main character is a boy named Haruto Kirishima, and the girl he falls in love with is named Yuzuki Eba. The classmates also fill up a number of semi-major and minor roles. It then fast forwards to after the break up between the couple. They were in a long distance relationship for some time, but Yuzuki decided to date a boy who she had known since they were younger. Haruto decides transfers to the school the girl is going to in order to see if there’s still a chance between them. The story jumps back and forth between the present and the past throughout half the episodes, then it jumps even further into the future. Just when you think you’ve got it pegged for a typical anime, it gives you a bit of a surprise, and it takes you on a crazy emotional roller coaster.

This show is not available outside of Japan just yet, so you’ll have to find it online if you want to see it. Come back next month for another issue of Anime(ted) Gifs. I’ll be capturing some Gifs from my current favorite anime.