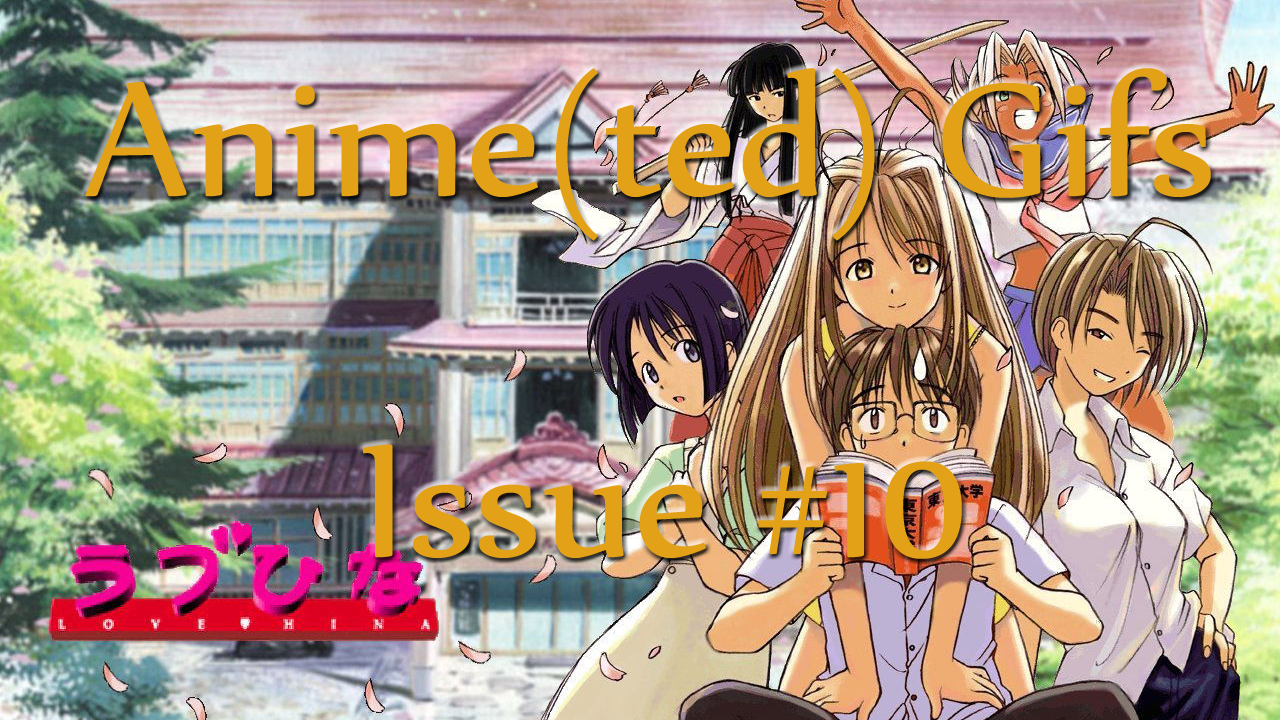 This particular Anime(ted) Gifs post may not be safe for work. 😉 It features Love Hina Gifs!

This particular Issue of Anime(ted) Gifs uses scenes from the anime Love Hina. This series has 25 episodes, a Christmas special, a Summer special, and a three episode special ending called Love Hina Again. It is a romantic comedy with a lot of tsundere going on. You may be thinking, “Romance? Boring…” But there’s a lot more comedy than romance, and there’s a ton of perverted scenes for those who are interested in that kind of stuff. If you’re someone who’s into this, I recommend you buy this entire series!

The story of this anime (without spoilers) is basically like this: The main character is desperately trying to get into Tokyo University because of a promise he made to a girl when he was little, but he can’t make the grade, nor does he remember the name or face of the girl he made the promise to. After failing the entrance exam again, he goes to visit his grandmother at the dorm she runs. He finds out it’s an all girls dorm, and his grandmother wants him to be the manager while she goes traveling around the world.