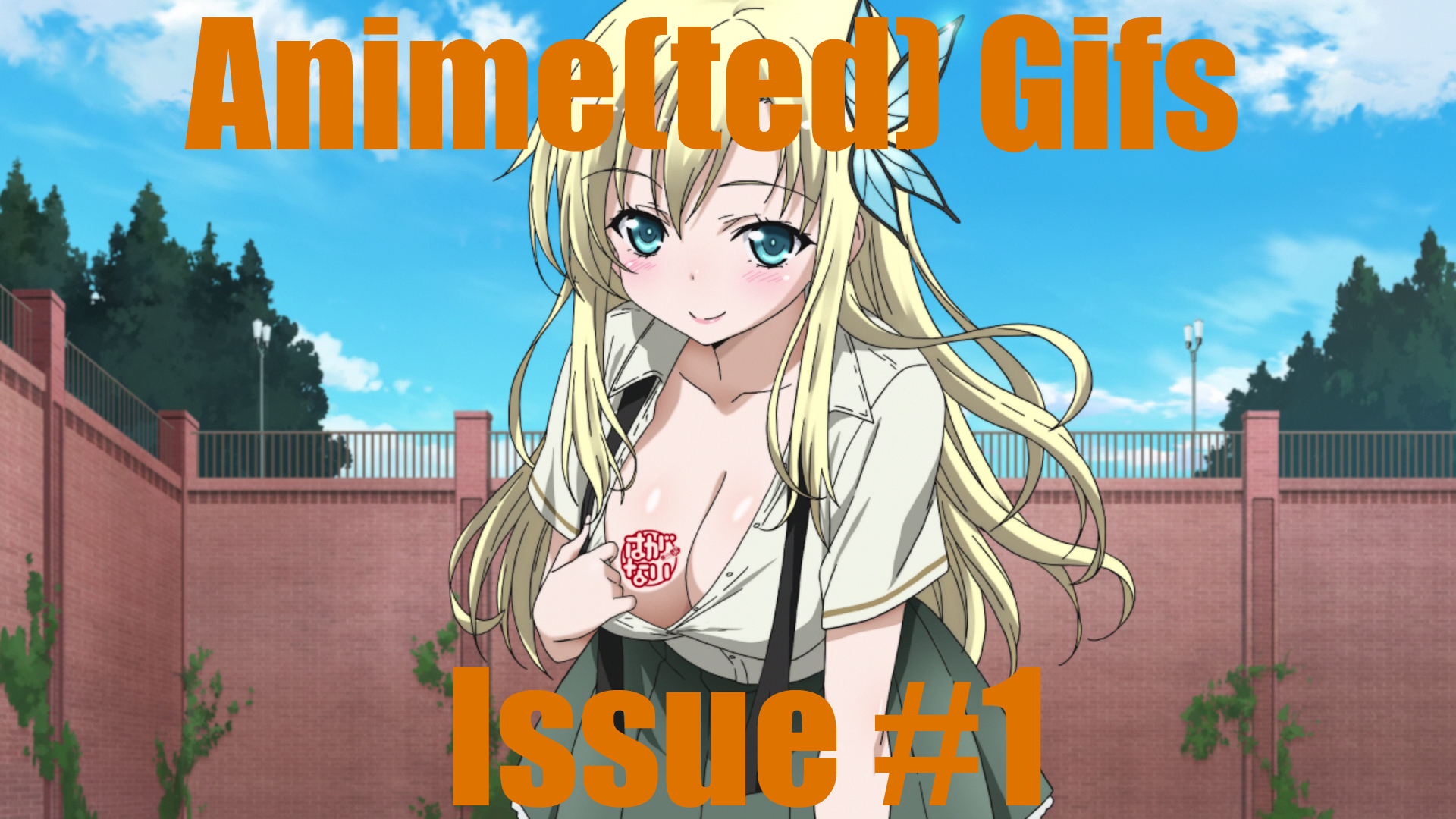 Come see the start of a new series on my blogs: Anime(ted) Gifs! Your feedback is appreciated, as always.

Hey Hardcore fans, I thought I’d start up my own little blog series on IGN and my own blog. If it doesn’t take off on one of the sites, I’ll keep it on the other. I spend most of my time working on the Wikis at IGN, so these blogs will probably be short. Then again, I always tell myself a blog will be short and it ends up being massive. Anyways, I thought I’d make a blog post every now and then with a few animated Gifs of something everyone likes, Anime!

I recently figured out how to make my own animated .Gifs, and I’ve been making a lot. I tried sharing them on the IGN Anime forum, but the thread always dies from lack of replies, even though it gets a ton of views. That’s why I’ll be posting them here for everyone to see, save and share.

I don’t have a massive anime library, but the series I do own are complete. I also have a capture device to record any of my DVDs or Blu Rays onto my computer and convert them into awesome Gifs. So, without further ado, I present Anime(ted) Gifs #1!

This issue’s Gifs are from the anime Boku wa Tomodachi ga Sukunai, but it’s also known simply as Haganai. I tried using one of them as an avatar on IGN, but it didn’t work. I ended up using the other two before switching again. What can I say, I’m never satisfied!

I hope this is a good enough starting point. Tell me your thoughts and opinions on this series in the comments below. Would you like to see more? Would you like to see some from a certain anime? How many of you have seen the anime featured in this issue’s Anime(ted) Gifs? Personally, I really enjoy Haganai, and I hope Kodaka gets with Sena! Season 3 better come quickly.