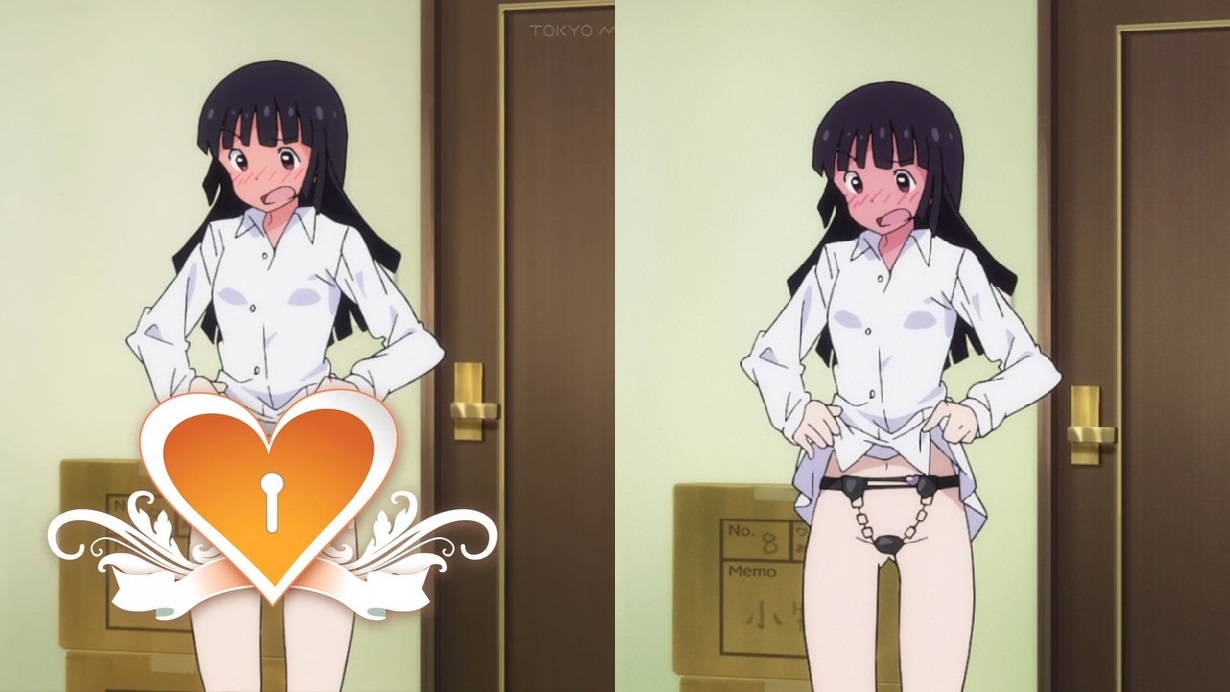 Did you know anime sometimes gets altered from TV to Blu Ray? (CAUTION: NSFW images!)

Have you ever noticed how some anime looks different from the original TV broadcast to the DVD or Blu Ray release? It’s not just your imagination, this happens more often than you may think. The question is: is it a good thing or a bad thing?

A number of changes may occur from the TV version to the Blu Ray version. Sometimes you see a slight increase in quality; colors may be better, lighting may be increased, shadows may be added, and sometimes a character’s design is changed. In the anime Haganai (I Don’t Have Many Friends), the female characters have added color to make their lips look fuller, and sometimes their facial expressions are slightly changed in certain scenes. A rather small change you may not notice unless you’re a huge fan of the show.

When I first learned of these alterations, I thought it was great to boost the quality of any show; however, I started wondering if it really was necessary. Do we really need improved visuals in the same anime? What’s wrong with keeping the original feel and style of the TV broadcast? If a creator really wants to improve or change the style, why not just wait until the next season? Then I found out there are much more dramatic examples out there. Possibly the biggest alteration I’ve seen (as was reported on by RocketNews) was from an anime called Mekakucity Actors.

Apparently this anime had such a massive overhaul that some didn’t believe it was the same show! Nobody knows for sure why the two versions look so different, but many have their speculations. Below is another example of the same show. Yes, these are the same characters in both images. Still, I’m not sure I support such big changes to visuals. How would you feel if you grew close to a character only to find he’s been changed in the DVD or BD version? I may be on the side of upgrading visuals, but changing character design is another thing.

One adjustment I’m definitely for is the removal of censorship. Often times a show will have to add rays of light, black stripes, or re-position certain objects (from body parts to clothes) to censor a scene. This is of course due to TV rules and regulations. Apparently, there are even safety regulations on brightness and saturation of colors. However, the most common and well known censorship is due to nudity or sexual moments. Censorship of nudity has happened a handful of times in the anime Haganai.

Sorry, I’ll have to keep some things censored so my web host doesn’t suspend or cancel my account!

In the anime Recently, My Sister is Unusual, they took censorship to a whole new level. Of course, it may have been necessary with some of the shots that were used. This anime is incredibly perverted. It was even fined over some of the scenes that aired on TV! Yet many scenes were heavily censored, from huge heart locks superimposed on the scene to completely removing the body of the main character when showing the TST Chasity Belt. Other times, the scene completely switched to a visual novel style text box while keeping the audio in the background. In the Blu Ray version, they let it all hang out!

Maybe I’m just a perverted guy, but this is a revision I’m okay with. Of course, this doesn’t happen to sexual scenes alone. The same type of censorship occurs in graphic scenes with blood, gore, and other disturbing images. Below is an example from the anime Tokyo Ghoul. If we’re talking about home media releases, the creators might as well show you everything that was supposed to be there but couldn’t due to TV rules and regulations. I’m 100% on the side of removing any forms of censorship.

What are your thoughts on this subject? Why do you think companies make major changes that don’t conflict with TV regulations? Are you okay with all of these alterations? Leave a comment below! This is just a taste of the anime TV vs Blu Ray comparisons out there. If this piqued your interest, you may want to view the Reddit Thread “Which anime had the most noticeable changes.” Kotaku also posted a article with more comparisons called “Oh the Ways Anime Changes.”