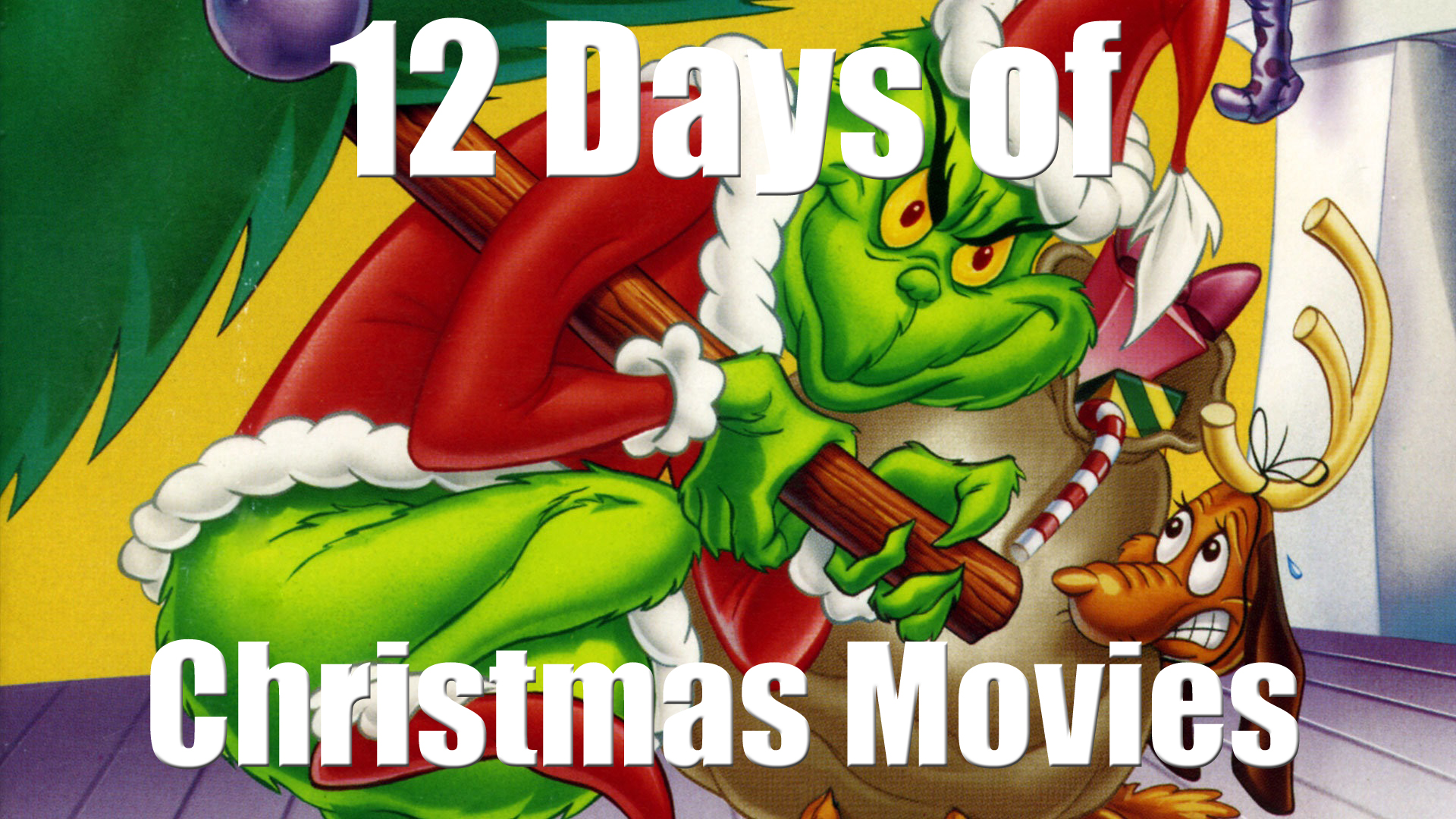 We’re getting closer and closer to Christmas, so I figured I’d share some of my favorite Christmas movies.

There are a massive amount of Christmas movies to choose from. Some are great, and some are pretty much the same story told countless times. Well, I decided to make a list of 12 great Christmas movies that are sure to get you in the Christmas spirit. Not all movies are suitable for young audiences. Read the summary below the title to find out if they are or are not.

All of the movies below are Christmas movies. I don’t know much about the other holidays since I wasn’t raised around them. Sorry! The list isn’t in any particular order, and a few choices are actually made for TV movies. So let’s get to the list!

Ernest Saves Christmas is an interesting comedic Christmas movie. Santa Claus is ready to retire, but before he does so he must choose someone to take his place. He flies down to Miami to choose a host from a children’s TV show. While in town he meets up with Ernest P Worrell, a taxi driver that isn’t very bright. Ernest tries his best to help Santa find his replacement before Christmas.

This movie is suitable for all ages, but it’s probably best for younger audiences. Some of the ridiculous humor may annoy older people.

Side note: The man who plays Santa Claus is actually the voice of Jasmine’s father from the Disney Aladdin movies.

Elf is a great comedic Christmas movie starring Will Ferrell. Will Ferrell plays an”Elf” who is actually a human. He’s lived in Santa’s workshop since he was a baby. Around his 30th Christmas he finally realizes he really isn’t an elf. After he learns the truth from his adoptive elf father, he goes to New York City to find his real father — who happens to be on the naughty list.

This movie is suitable for all ages, and is sure to entertain all audiences. The only thing I hate about this movie is how it adds the cliche female counter part for the main character to fall in love with.

Scrooged is modern take on the classic story from “A Christmas Carol.” Everyone knows the story: Scrooge is a terrible person during the holidays. One night he comes across the ghosts of Christmas past, present, and future who all attempt to save him from his evil ways. The Scrooge in this version is played by the hilarious Bill Murray.

This particular movie is not suitable for all ages. It’s rated PG-13. If you want your kids to hear about the tale from A Christmas Carol, just watch the other hundred versions.

Christmas Vacation is a hilarious movie starring Chevy Chase. It tells the story of a man trying to survive the holidays — both literally and figuratively. Members of his extended family come stay with his immediate family, and one thing after another goes terribly wrong.

I’d say this movie is suitable for all ages, but it really shines with the older crowd. If you’re one of those people who are trying to get into the spirit of Christmas, but everything seems to go wrong, this movie may be for you.

The Nightmare Before Christmas

The Nightmare Before Christmas has become both a Halloween and a Christmas classic for many people over the years.

This story takes place in a world where each holiday has their own town. The movie follows Jack Skellington, the Pumpkin King of Halloween Town. He is the most popular character in Halloween Town, but over the years has grown tired of the same old same old. One night after Halloween, Jack gets lost in the woods and discovers several doors to other holiday worlds. He enters Christmas Town and discovers the wonders of Christmas. Jack returns home and tells everyone all about Christmas. He tries to get the town to celebrate Christmas with a Halloween spin, and even attempts to become the new Santa Claus!

This movie is suitable for all audiences (as long as they’re not scared by classic Halloween stuff). Fair warning, it may make you miss Halloween!

Miracle on 34th Street was actually made many decades ago, but it was remade 20 years ago with some terrific actors. The story is centered around a girl who doesn’t believe in Santa Claus. She come across a mall store Santa who claims to be the real Santa Claus. After an “unfortunate” event involving the owners of a competing mall, Santa is sent to court. Now he has to prove he’s the real deal.

Polar Express is an interesting and fresh spin on the classic story of a kid growing up and no longer believing in Santa Claus. He comes across a magic train in front of his house that takes him to the north pole! The train is filled with other kids from all over the country. Most of the story is set within the train, but as the old saying goes: the best part of the trip is the journey, not the destination.

This movie is suitable for all ages.

The Year Without a Santa Claus

The Year Without a Santa Claus is a popular stop motion animation, made for TV movie. Santa Claus is all worn out from delivering presents, and most people stopped believing in him. So he decides to take Christmas off. Mrs. Claus, on the other hand, comes up with a plan to get everyone down south in the spirit of Christmas, but things go terribly wrong. Most people remember this movie because of the Snow Miser and Heat Miser. Their song is in the video above.

This movie is suitable for all ages.

Frosty The Snowman is a short made for TV movie. One day a magician goes to perform at a school. After failing miserably, he throws his hat away. Well, it turns out his hat is filled with magic, and bring a snowman the kids made to life.

This movie is suitable for all ages, but may be best for children.

How The Grinch Stole Christmas

There’s no way you can talk about Christmas movies without mentioning Dr. Seuss’ How the Grinch Stole Christmas! I’m of course talking about the 1966 made for TV animation, not the 2000 live action movie. Based on the Dr. Seuss book, this story is centered around The Grinch, an evil creature that lives in a cave near Whoville. Whoville is a town filled with creatures called Whos who simply love Christmas. So what does the Grinch do? He decides to steal all Christmas-related items from every home in Whoville.

Home Alone became an instant Christmas classic when it released in the early 90s. A huge family gets together to take a trip to Paris for Christmas. Unfortunately, they leave one kid behind while scrambling to get to their airport. While home alone, he lives the dream every kid has, along with the nightmare of protecting his home from burglars!

Side note: Several sequels were made under the Home Alone name, but Home Alone 2: Lost in New York is the only true sequel. It’s basically the same plot, but set in New York City instead of the kid’s home town of Chicago.

A Christmas Story is a classic movie told from a child’s point of view. The movie is set in the days leading up to Christmas 1941. All Ralphy (the main character) wants is a Red Ryder BB Gun, but everyone says it’s too dangerous for a young boy like himself! The kid’s perspective of holiday and school events, along with his protective mother and tough father, make this one of the best holiday movies out there!

The Santa Clause is another instant classic Christmas movie. And no, the title isn’t a misspelling. One night Scott Calvin and his son Charlie hear Santa on their roof. When they go to investigate Santa falls off the roof and disappears, leaving his suit behind. Charlie urges Scott to put on the suit and deliver the presents for Santa. Well, Scott soon learns by putting on the suit he agreed to “The Santa Clause” and is now the new Santa. However, things don’t go so well back in normal life during the year leading to next Christmas.