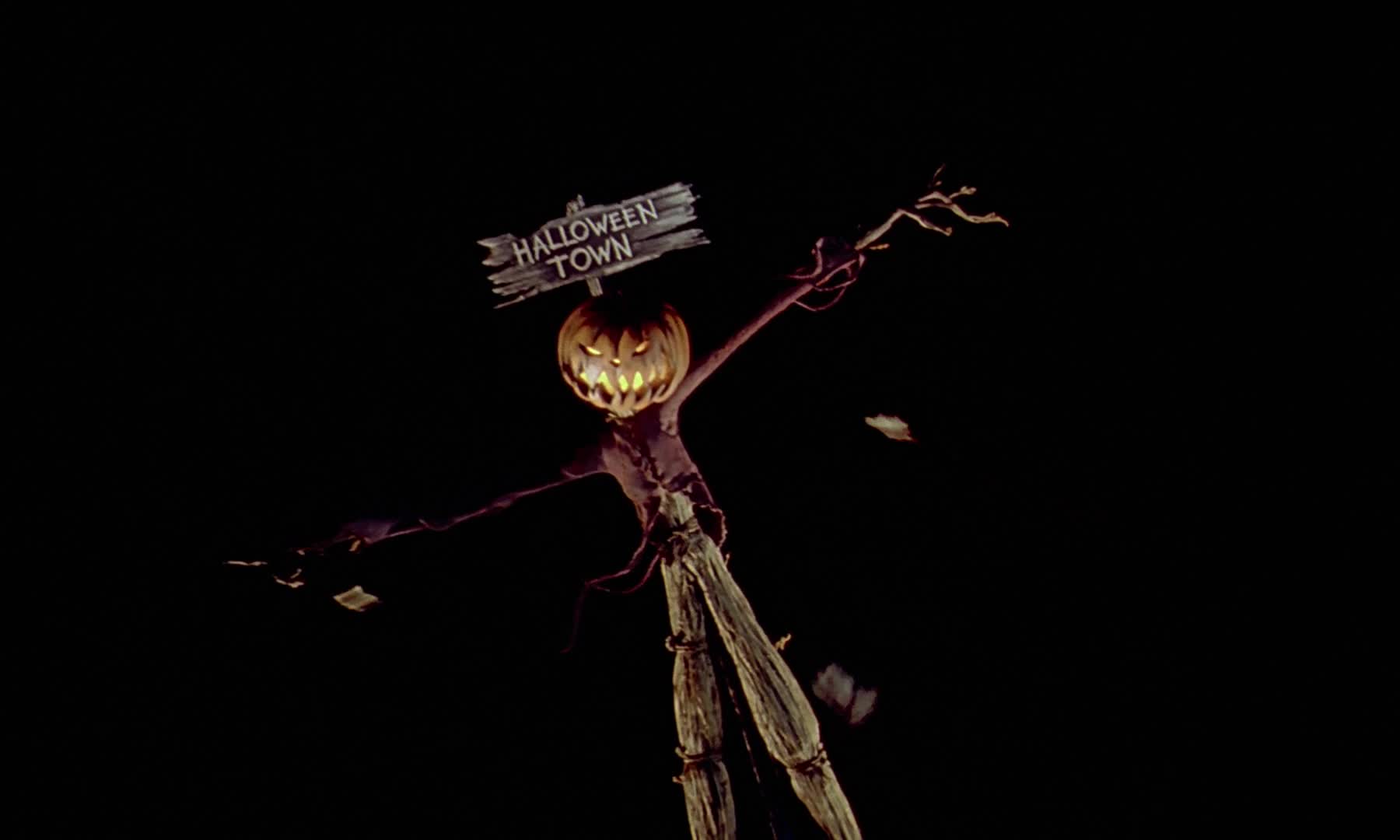 Do you need a few great movies to watch with your kids around Halloween? These may be perfect choices.

Halloween is the time for eerie atmospheres and scary stories. Unfortunately, some kids just can’t take the horrific movies or TV shows some of us are accustomed to. Don’t worry, below are 10 Halloween movies for kids. Some may be a tiny bit scarier than others, but they should still be suitable for children of all ages. The movies below are in no particular order.

The Addams Family is a small family filled with very awkward people (and creatures). They love the macabre and pretty much every creepy, gross, or unusual thing that most people dislike.

The story follows The Addams Family as Gomez (the father) searches for his brother from the great beyond. The brother, Fester, has been gone for 25 years! Meanwhile, an outside family plots to steal the Addams Family’s vault full of gold. To do so, they have one of the more unusual family members impersonate Fester, the long lost brother. As time goes on, it seems like this “Fester” is fitting right in with the Addams Family.

This movie is perfect for the season since it has the creepy atmosphere and characters. You can’t help but think Halloween just by looking at it.

Everyone knows about Scooby Doo, right?! Mystery Inc is a group of two men, two women, and a talking dog who go around solving mysteries! These mysteries usually involve something scary, like a ghost haunting an old mansion. In the end, the team always discovers the spooky mystery was just a normal person involved in crime!

This movie mainly takes place two years after Mystery Inc breaks up after their egos collide. The owner of “Spooky Island” tries to reunite the team to find out if this spring break resort is really haunted.

I’m going to be honest here. If you can get your hands on the Scooby Doo animated TV show from the 70s, watch those instead of this movie. This movie may be fine for kids, but adults that grew up with Scooby Doo will probably pull their hair out after seeing what they’ve done to Mystery Inc!

When most people see ghosts, they get scared and run away. Casper, on the other hand, is a friendly ghost. He just wants someone to talk and play with. However, his uncles–Stretch, Fatso, and Stinky–love scaring everyone away from the mansion they live (or should I say haunt) in.

When you think about it, this movie is almost like The Addams Family. The girl who plays Wednesday Addams is event in Casper! Anyways, the trailer below has one of the best summaries of a movie I have ever seen. I’d rather quote it than write my own:

“Furious that her late father only willed her his gloomy-looking mansion rather than his millions, Carrigan Crittenden is ready to burn the place to the ground when she discovers a map to a treasure hidden in the house. But when she enters the rickety mansion to seek her claim, she is frightened away by a wicked wave of ghosts. Determined to get her hands on this hidden fortune, she hires afterlife therapist Dr. James Harvey to exorcise the ghosts from the mansion. Harvey and his daughter Kat move in, and soon Kat meets Casper, the ghost of a young boy who’s “the friendliest ghost you know.” But not so friendly are Casper’s uncles–Stretch, Fatso and Stinkie–who are determined to drive all “fleshies” away. Ultimately, it is up to Harvey and Kat to help the ghosts cross over to the other side.”

This is a great movie to introduce kids to ghost stories without them staying up all night out of fright. The movie even takes place around Halloween, although they don’t talk about it all that much. The story is filled with comedy and a little bit of drama that may make those who have lost loved ones tear up a tiny bit.

Ernest actually has a series of movies. Some are made for certain holidays, and some are just average comedy movies. This one is a Halloween special!

200 years ago, Ernest P. Worrell’s ancestor trapped an evil troll that was terrorizing the local village. He, along with the town’s people, buried and sealed this troll under an Oak tree. Just before the troll was sealed away, he placed a curse on Ernest’s family line to make each generation dumber and dumber.

Fast forward 200 years to find Ernest as the local garbage man. He stumbles upon the tree with the troll buried under it while looking for the perfect tree to build a tree house. Unfortunately, he accidentally breaks the spell and releases the troll underneath. The troll then goes around town collecting kids and turning them into wooden figures to increase his power.

This movie seems to have been made especially for Halloween. The story is a little interesting, and the comedy is great for kids. Just a small warning, the troll in this movie might scare some kids who can’t handle the smallest bit of horror.

If you don’t know about Harry Potter yet, you must be living under a rock! Based on the best selling books, the story follows a young wizard named Harry Potter. He thought he was just an average kid living with his horrible Uncle, Aunt, and cousin, but he soon discovers he has magical powers. Not only does he have magical powers, but his parents did too. Many years ago, Harry’s parents were involved in a huge war against a dark wizard named Voldemort. This dark wizard killed everyone in his path, including Harry’s parents. The story picks up when Harry turns 11. He joins Hogwarts, a school of witchcraft and wizardry, where he beings to learn about the secret magical world.

There are eight movies (the seventh is split into two), and I recommend all eight! I know, it’s technically cheating, but each movie gets better after the next. The first two seems perfect for children, but then the story gets darker and darker, and may be fit more for teens. I’d even recommend this entire series for adults! It’s that good.

The movie series is perfect for Halloween because of all the witches, wizards, and other strange creatures you usually find around Halloween, even though the stories take place throughout the entire year.

Back in 1693, three witches plotted to steal the souls of children to make themselves live young forever. Unfortunately, there plans were cut short by Thackery Binx as he attempted to rescue his younger sister. Thackery wasn’t able to save his sister, but he did bring the entire town to the witches home, just after he was turned into a black cat and given immortality.

Jump ahead 300 years to Halloween night 1993. The witches are brought back to life by a teenage boy–named Max–who recently moved from L.A. to Salem, Massachusetts. Max, his younger sister, and his classmate work together all night to stop the three witches from taking the children and living forever.

The story summary may sound really creepy, but the movie is actually very funny. It’s become an instant classic with many people, and is without a doubt a perfect movie for Halloween.

Corpse Bride follows Victor, a man who has been arranged to marry Victoria, a woman who he has never met. Victor is a bumbling-type character, and wasn’t able to get his vows right after hours of practice. While on his own in a dark forest, he attempts his vows once more and accidentally marries a dead women. Now he must explain to both his corpse bride and fiance what has happened!

Corpse Bride isn’t specifically Halloween-themed like some of the other movies on this list, but the dead characters and underworld still fit in perfectly with the theme. It has a lovely story and great animation that all ages can enjoy.

Halloweentown is a Disney original movie that has spawned three sequels over the years. With a name like Halloweentown, you can expect it to be perfect for Halloween.

The movie follows Marney Cromwell and her family. Her grandmother Aggie is a witch from Halloweentown, a town where it’s always Halloween. However, none of the kids in the family know she’s a witch. During her annual Halloween visit, Aggie attempts to train Marney as a witch for her 13th birthday.

This made for TV movie stars the famous Olsen twins. This particular movie may be best for the younger crowds.

The story follows two seven year old twins who are tired of being looked at as a set instead of individuals. The twins’ family is in debt and may lose their farm if they don’t make money soon. The girls soon discover the person responsible for all the problems of their family is their aunt Agatha. Agatha discovered a moon stone that once belonged to a witch 200 years ago, and is now giving her incredible powers. Unfortunately, Agatha is using these powers for evil instead of good. The twin sisters team up to take the moon stone from Agatha and help save their family.

The Nightmare Before Christmas

The Nightmare Before Christmas has become both a Halloween and a Christmas classic for many people over the years.

This story takes place in a world where each holiday has their own town. The movie follows Jack Skellington, the Pumpkin King of Halloween Town. He is the most popular character in Halloween Town, but over the years has grown tired of the same old same old. One night after Halloween, Jack gets lost in the woods and discovers several doors to other holiday worlds. He enters Christmas Town and discovers the wonders of Christmas.

After inspecting Christmas Town, Jack returns home and tells everyone all about Christmas. He tries to get the town to celebrate Christmas with a Halloween spin, and even attempts to become the new Santa Claus!

A small warning to some of the parents out there: This movie is mix of Halloween and Christmas. Kids who watch it may yearn for Christmas a bit early.