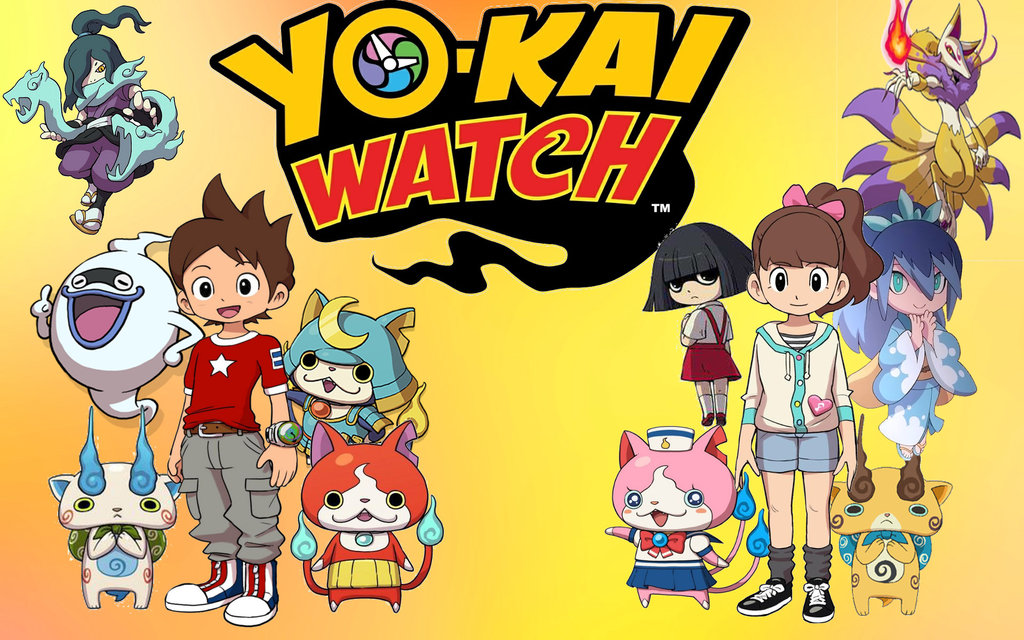 The JRPG hit has come west, but does it live up to the hype? Here’s my Yo-kai Watch Review.

There’s been a lot of buzz behind Yo-kai Watch for awhile now, and for good reason. The franchise already has three video games in the main series over in Japan, but the USA barely got their hands on a localized version at the end of 2015.

Most people say Yo-kai Watch is the new Pokemon. It’s easy to say this since you play as a kid and collect a number of unusual creatures, but that’s really the only similarities they share. In actuality, the gameplay is more like a child-friendly Shin Megami Tensei.

You play as a kid and go through eleven story chapters befriending various Yo-kai. What are Yo-kai? These creatures are the physical embodiment of everyday problems. If you’re feeling incredibly hungry one day, it’s because of a Yo-kai. If you’re feeling forgetful or tired, it’s because of a Yo-kai. However, only a handful of people can see and speak to Yo-kai, so nobody blames these problems on strange creatures. 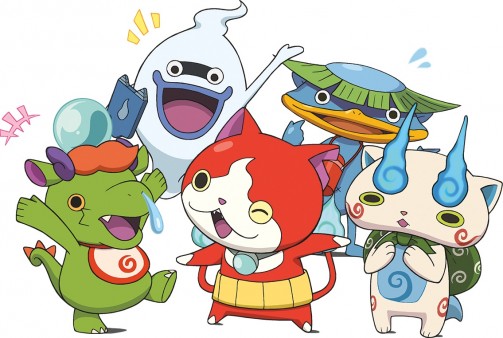 The story mode is very easy going. Each story quest automatically begins after the last one ends, and there is always a red pin on the town map to help you find the next objective. It is very kid friendly, but I don’t think the story itself will attract any older gamers. 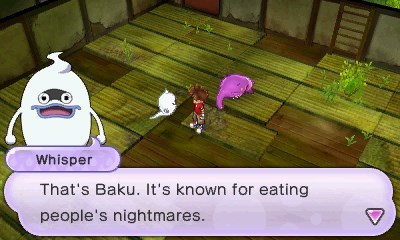 There are also side quests in the form of requests and favors. These can be obtained by speaking to people with flags over their heads. Most of the side quests are incredibly simplistic fetch quests, but there are a select few that give you a slight challenge, which lead to very rare Yo-kai. 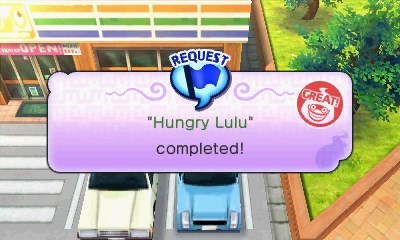 Befriending Yo-kai is the toughest and most frustrating part of the game, but I’m sure it appeals to the older gamers out there. In order to befriend the majority of Yo-kai, you must give them their favorite food during battle, then defeat them in the hopes of befriending them. This is all based on chance, which makes it incredibly irritating if you can’t befriend a very, very rare Yo-kai that you spent all day looking for. 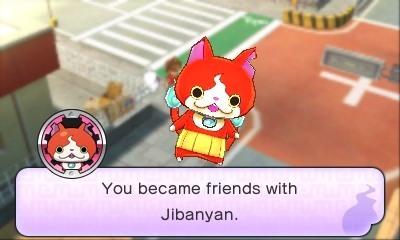 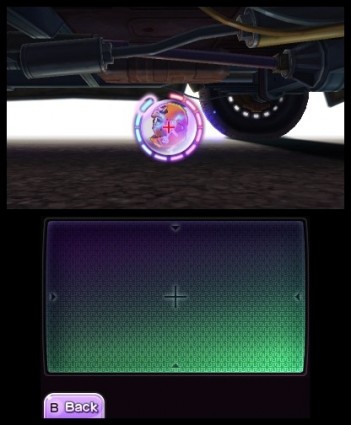 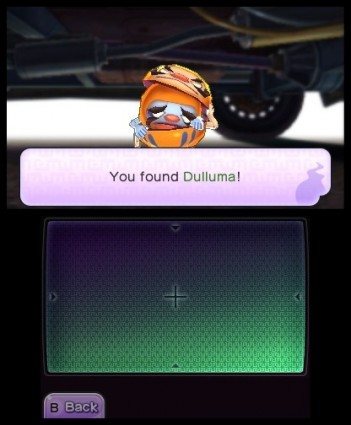 Some Yo-kai can be fused together with other Yo-kai, some can be fused together with special items, and some can evolve into stronger Yo-kai once they reach a certain level. Unfortunately, only a small amount of Yo-kai can be fused or evolved. Many of these creatures look similar, but they may have a different color or an added accessory. It makes sense for an evolved or fused form of a Yo-kai to look similar to its pre-evolved or pre-fused forms, but often times there is no relation whatsoever to the others. Basically, the game developers were lazy and just used the same sort of design with a color change or very small addition and said it was a different Yo-kai.

Battling in Yo-kai Watch is a bit too simplistic for the adult audiences. Six Yo-kai can be placed on the battlefield. The front three are in battle while the back three are on reserve. The front three Yo-kai fight on their own with an attack, technique, and inspirit. Inspirits are basically status moves that may increase or reduce friendly and enemy Yo-kai stats. If one of your Yo-kai gets inspirited, you can send them to the back row and purify them by interacting with the bottom screen. 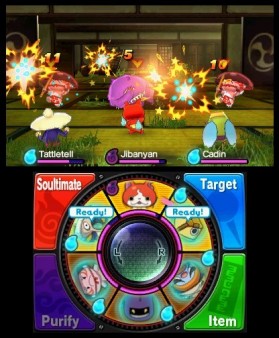 The only direction you can give your Yo-kai is to attack one of the three enemy Yo-kai by pinning them, or to use their Soultimate Move. Pinning an enemy is a bit useless throughout the majority of the game. It’s only necessary during boss battles about once per story chapter. The Soultimate Move is their strongest attack which can only be used once their gauge is filled. Select the attack and do whatever the touch screen says in order to use this attack. 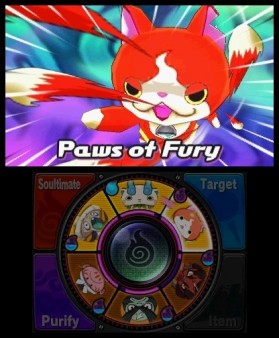 Once you complete the game, you will be able to go into one final dungeon where you face stronger versions of each previous boss battle. After that, you can try and collect all the Yo-kai in the game. Unfortunately, some will not be available unless you get a code from a toy at a later date.

After playing this game I was left wondering who this game is really for. The battles, story mode, and majority of side quests are really ki friendly. On the other hand, the collection of Yo-kai and a select few side quests would appeal to the adult gamers. I guess this one is a bit of a mixed bag. I would probably recommend it to kids more than adults, but if an adult wanted to collect some creatures similar to Pokemon or Shin Megami Tensei without the added difficulty, I’d recommend Yo-kai Watch to them.