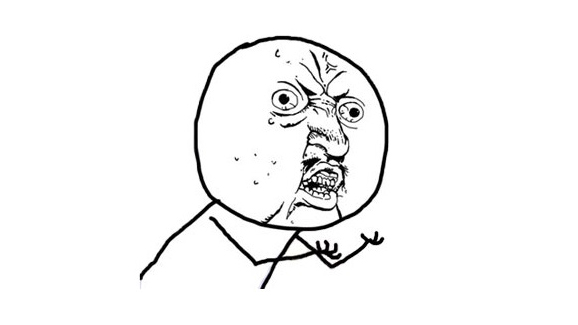 Y U No Meme

Everyone knows about the Y U No Meme, but did you know it’s technically a Japanese meme?

Y U No is an image meme that uses text with bad grammar over an ugly face. Although the meme itself originated in the west on LOLTumblrWallpapers (according to Know Your Meme), the face originated from a manga called Gantz. It can be found in Chapter 55: Naked King (裸の王様). 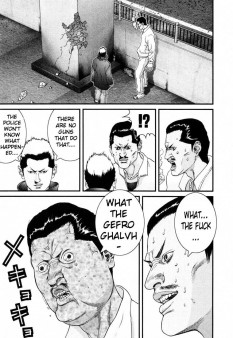 This meme is used to show frustration with various topics. Some even alter the image to look like a character from a popular TV show, such as Plankton saying “Y U No Give Me Secret Formula.” Examples can be found below.

Some Y U No images don’t have the triangle in between the Y U No Guy’s arms colored in. If you’d like to create you own, use the image below with your font set to impact. 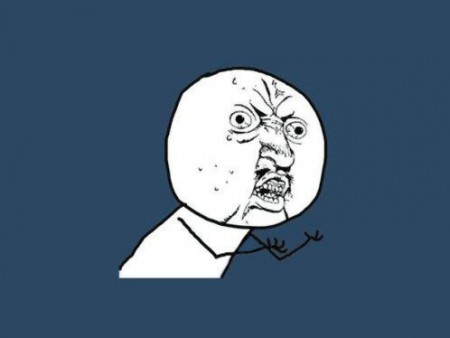