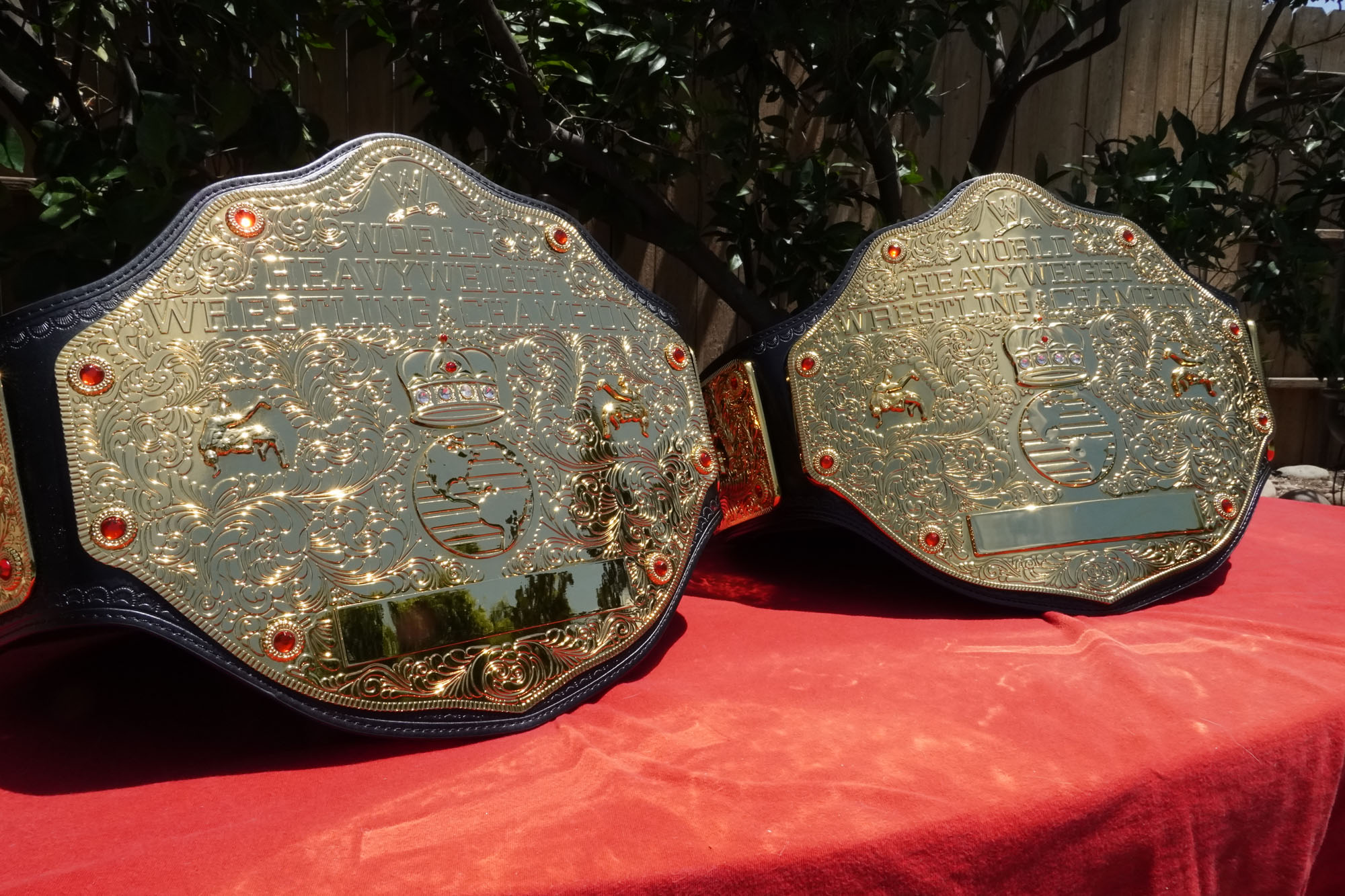 The WWE Shop continues to sell the WWE World Heavyweight Championship (Big Gold) 2mm replica, but their pictures are of the 4mm replica manufactured by the Figures Toy Company. See the difference here!

The WWE World Heavyweight Championship, also known as the Big Gold, has had many replicas over the years. The Figures Toy Company previously manufactured all WWE versions until around 2013, then the WWE changed manufacturers and put their own shop stamp on the back of their straps. However, the quality between replicas has been noticeable by collectors, and there are a few minor differences between all 2mm and 4mm versions.

The WWE Shop is currently selling this WWE World Heavyweight Championship 2mm version on a tooled strap with red croc backing. The main image at the top of the page is of the 2mm version, but the other images are of the 4mm version from the Figures Toy Company.

The four wrestlers on the three plates are also thicker and bigger on the 4mm version. and the detail on these relief pieces are better on all Figures Toy Company big golds, including Figs Inc’s WCW World Heavyweight Championship and the WWE World Heavyweight Championship 2mm. By comparison, the detail on the WWE Shop’s wrestlers looks blurry and almost melted together.

The crown is also different between versions. The shape of the entire crown is slightly altered, and the detail behind the false diamonds is different. The 2mm version has a nugget textured background while the 4mm version is completely smooth.

The globes beneath the crowns are slightly different, but the differences are in the bumpy detail on the continents. If anything, the WWE Shop’s globe seems better than the globe from the Figures Toy Company; however, I don’t know the accuracy of the topography.

Which Big Gold version do you like? If you buy the 2mm version from the Figures Toy Company, the wrestlers will have more detail, but the crown and globe will mostly be the same as the WWE Shop version.