What is Doujinshi? This Otaku term is a little more obscure compared to others. Let’s explore the subject.

Doujinshi (Hiragana: どうじんし; Kanji: 同人誌) is a term used for self-published work in Japan. It’s generally used in Otaku culture by amateurs who create their very own Anime, Manga, or Video Games, but can also be used by professionals who choose to publish their own work outside of the industry. 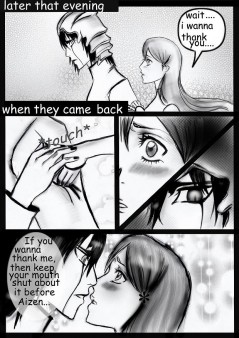 An example of a recent Doujinshi that became popular towards the end of last year is based off of the Pokemon Ruby, Sapphire, and Emerald story arc. It’s called Dating a Team Magma Grunt, and tells the story of the main character of the series falling in love with one of the enemy grunts.

In Japan, many people actually sell their Doujinshi, even if it takes characters from existing franchises. This is obviously against copyright laws, but the Doujinshi market is so huge in Japan that most companies choose not to prosecute. Some believe the Doujinshi market keeps the other markets — specifically the Manga market — thriving.

However, that does not mean all Doujinshi is allowed or goes un-checked. There have been cases where companies were completely opposed to some published work and decided to take legal action.

And that’s the basic explanation to “What is Doujinshi?” You can find more information on subculture terms just like this in my growing Otaku Encyclopedia.