What Are Japanese Idols?

Do you know what Japanese Idols are? If not, this post will explain everything!

In Japan, an Idol (アイドル) is a male or female celebrity or talent of sorts that is often promoted based on their cute or sexy look. They can range in age from around 10 up to 25, though it’s not common for someone marketed as an Idol to continue working past 25. Of course, not all celebrities in Japan are marketed as Idols. Those who are must maintain a pure and innocent appearance as a role-model for the younger crowd.

The job of an Idol often varies. Many are promoted as pop stars and sing and dance in groups with other Idols. Some are simply models for magazines — some Idols are clothed while others shoot in their swimsuits or underwear. There are Idols that act in TV shows, movies, and commercials, and Idols that take part in variety shows. Some Idol groups even have their very own variety shows, like Idoling’s “Idoling!!!” TV show and AKB48’s “AKBingo” TV show.

It’s not uncommon for an Idol to work in all of the fields mentioned above, though an Idol is typically thought of as an amateur when compared to other famous singers or actors. Many Idols are discovered after a talent agency holds open auditions. Those who are chosen are commonly chosen based on their looks over skills. For that reason, many Idols these days try to distance themselves from the Idol label.

Believe it or not, many Idols are not allowed to date. They must keep the pure image and appear available at all times. Those who are caught dating or spending the night with a possible boyfriend or girlfriend become part of scandal which may or may not end an Idol’s career. In one famous example, 20-year old AKB48 member Minami Minegishi was caught spending the night with her boyfriend. She made a tearful apology video after shaving her head which spread across the internet. She was not fired as an Idol, but she was demoted.

After enough time has passed, Idols often retire (or “graduate”) from their group. Many Idol groups have rotating girls throughout the years. The retired Idols either go on to live normal lives or further their career and become professional actors/actresses or singers.

There are a large number of Idol groups in Japan. Possibly the most famous group in Japan is AKB48, and is the biggest in terms of the amount of girls they have — which is over 100 girls divided up into smaller groups. AKB48 even has sisters groups such as SKE48, NMB48, HKT48, and even JKT48 which is an Indonesian branch of the group. Another example of an Idol group is Momoiro Clover Z, who not long ago teamed up with the legendary rock band KISS. Together, they got KISS on the top of Japan’s music charts for the first time in their career.

And of course, my favorite example of an Idol group mixes three Idols from the group Sakura Gakuin with heavy metal. Together, they formed the group BABYMETAL. 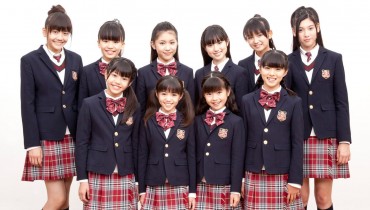 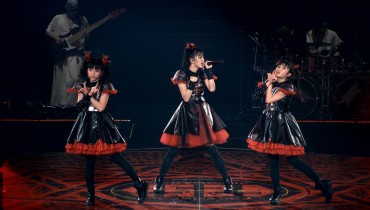 That’s all you need to know about Japanese Idols! You can find more information on subculture terms just like this in my growing Otaku Encyclopedia.