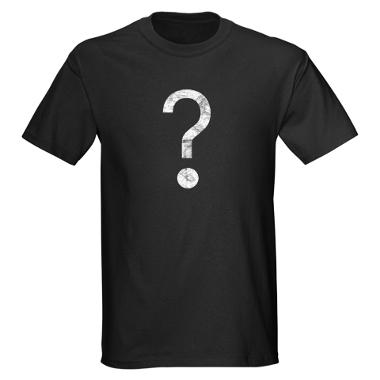 This particular story is 100% true. It happened a few weeks ago, but I never fully wrote about it.

It was night time, around 9 or 10 PM. My two nephews (3 and 4 years old) decided to sleep over at my family’s house. My mother was getting their beds ready on the living room floor, and I was sitting in my room. Since it was a sudden decision for them to sleep over, they didn’t have any pjs to wear to sleep. My mother asked me to give them one of my shirts to act as a type of night-gown. I said okay reluctantly; reluctantly because they may pee in their sleep from time to time. I grabbed my two smallest shirts from my drawer and gave it to them. All three of us walked from my room to the living room, which is at the opposite side of the house, but only about ten steps down the hall. I took the lead and my nephews were right behind.

My mother was still fixing up the living room for my nephews to sleep in. She asked me to lift up this weight bench we had to make more room. It’s like a knock off bowflex. The seat lifts to save space when you’re not using it. To keep it from falling, you have to screw in this big black nut. For some reason, probably one of my other family members, the nut wasn’t in the place it was supposed to be. Since it was black, we had to look hard in this dark corner. We found in a few seconds later, not even a full minute, and we lifted the bench out of the way. I turned around and saw my two nephews standing there. The older nephew had his shirt on that I gave him. The younger nephew only had his underwear on. I asked him, “Why are you naked? Where’s the shirt I gave you?” Without delay, he responded with, “I don’t know.” I rolled my eyes and looked around the living room and dining room — the next room over — for the shirt. I looked all around, but I couldn’t find it. I found the clothes both of my nephews took off, but I couldn’t find the shirt I gave my younger nephew. My mother decided to help look around too, but after a few minutes, we couldn’t find it anywhere! It was really strange, seeing as how this happened so quickly, and my three year old nephew couldn’t give us a real answer as to what happened to the shirt.

I gave my nephew another shirt to sleep in, then went to the room and talked to my mother. She said a few items had been misplaced around the house recently. She would find shoes or clothes in the back of her closet instead of in their rightful places. She thought it was a ghost, but I didn’t believe her. Do I believe in ghosts at all? Yes. Some may think I’m stupid for thinking that, but if they experienced or even seen the things I’ve seen throughout my life, they’d have different opinions. I haven’t really experienced any “activity,” for lack of a better word, in this house. I did see something unusual when we first moved in, but that was ten years ago, and it’s been real quiet since then.

The next morning, I noticed the shirt that went missing on the arm of the couch. “I see you found the shirt. Where was it?” I asked my mother. She looked at me with a weird expression on her face and said, “I found it crumpled up in the corner of my dresser drawer.” I thought that was really weird. It would have been possible for my nephew to make a quick stop into my mother’s room on the way to the living room, but he’s such a chicken that he usually won’t go in there unless someone’s with him. Even if he did go in there, it wouldn’t make sense for him to put the shirt in the drawer when I just gave it to him. He even asked for it, so he didn’t think I gave him a shirt to put away.

Maybe this will remain as another unexplainable event. Is it a ghost? I’m not too sure. I’m not one to quickly blame anything unusual on ghosts. And just to reiterate, this story is 100% true. Not one bit was altered to make the story sound better or anything.