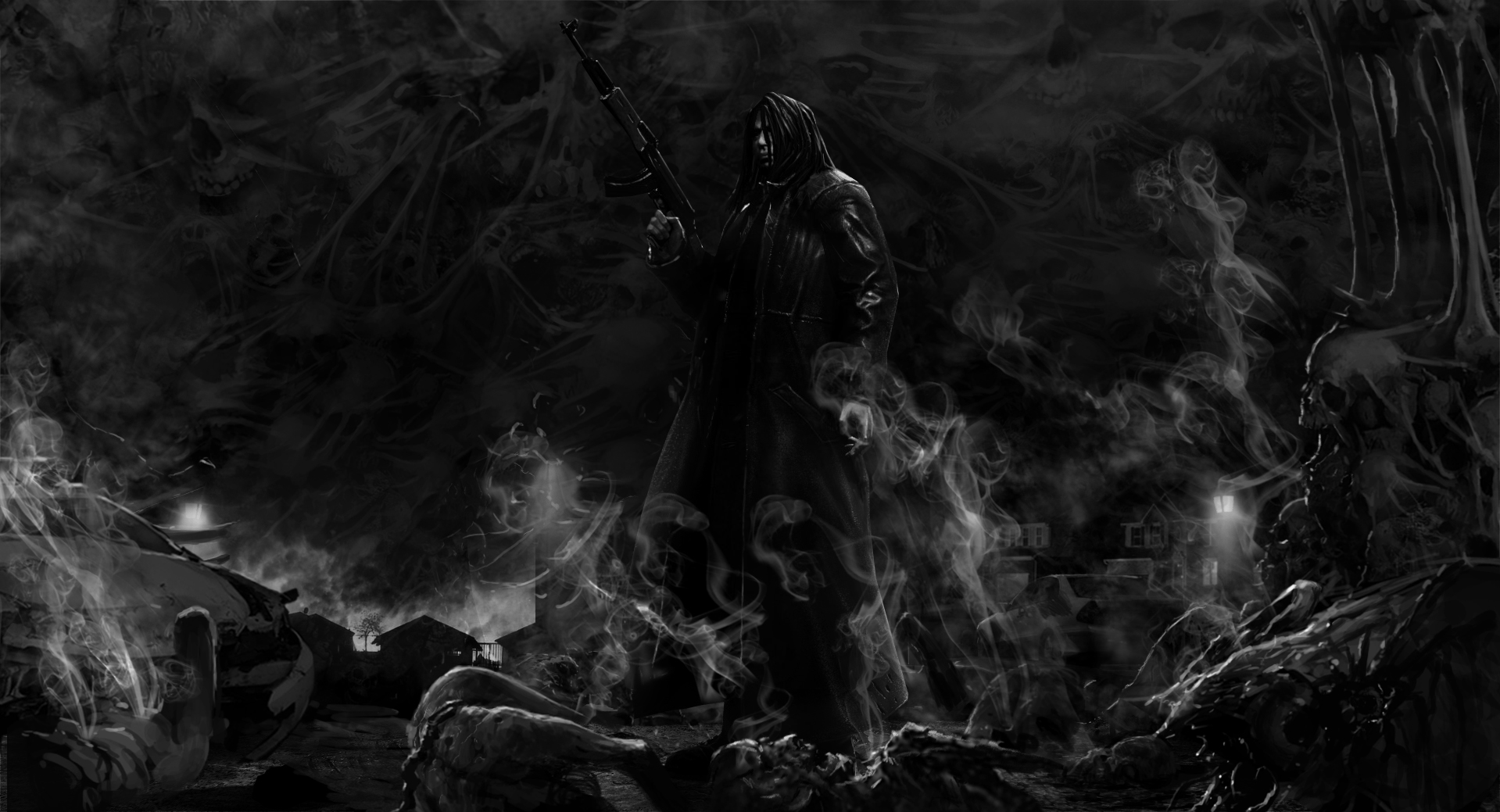 The Next Big Gaming Controversy: Hatred

Have you seen the trailer for the upcoming video game, Hatred? Viewer discretion advised!

Just three days ago, Destructive Creations released a trailer for their 2015 game, Hatred. It has already received a ton of hate (no pun intended) around several gaming outlets. The trailer starts out with a monologue from the protagonist of the game — at least, that’s who we think he is. He basically says he hates everything and everyone in the world, and he always wanted to die a violent death, so he decides to start a genocide. After the monologue, the trailer gets very gruesome. It shows this character going on a rampage with his AK-47 (or possible kalashnikov brother), grenades, and large knife.

Now, we’ve seen many games with shooting rampages, usually not against innocent civilians, but it has happened on rare occasions. The thing that’s different here is –simply put — the production value. The graphics are pretty high quality with blood splatter, exploding heads, and squirming victims. The non-playable characters (NPCs) also cry for help in a rather disturbing fashion. There doesn’t seem to be a point to all this violence either. You’re not doing it to save a country or the world like most games. It just rubs many people in the wrong way.

With all the mass shootings to have happened here in the US, this is going to be a huge target in the media very soon. And maybe it should be.

Various media outlets have blamed entertainment like video games and movies on violent behavior. Honestly, I believe that to be complete BS.  Yes, video games can stir emotions out of you. They can make you happy, sad, angry, and even feel loved. The same goes with movies. What they can’t do is make you go out and do something horrible, like killing people. Hell, movies like Super Size Me hardly had an impact and didn’t get people to stop eating incredibly unhealthy McDonalds. If someone does something horrible, like mass murders, there was something wrong with that person’s brain from the get go.

The mainstream media can talk badly about this game, and so can the gaming media and communities. We all have the right to speak positively and negatively about anything we spend our money on, but that is all we get to do. You cannot tell someone what they can and can’t draw, and you shouldn’t tell someone what they can and can’t develop in video games. You can say it’s an “art form,” although that sounds incredibly pretentious. Simply put, this is someone, or a group of people, expressing themselves and creating something. Who are you to tell them what they can and can’t create. If you don’t like it, don’t buy it. If you don’t want your kids playing it, don’t let them!

Honesty, when movies or games get bad press, they usually end up making more money because of all the exposure. Protests like these are usually counter-productive, but we still have a right to do them. Lots of news outlets spoke badly of one mission on Call of Duty: Modern Warfare 2. The mission was called No Russian. You play as a CIA agent who goes undercover with a Russian terrorist group. The group ends up killing many innocent people at an airport, but there’s a reason that extends throughout the game. You are also able to skip the scene if you like. Still, Call of Duty Modern Warfare 2 went on to make over a billion dollars! Other than not buying a game, I’m not sure what you can say to others to get the game to fail. But the gaming industry is very shaky. If a game doesn’t do well, especially for a new development team, that company usually falls apart really quickly. Publishers usually drop them or make massive cuts in the staff.

So go ahead and write your news stories and complaints about the company and the game, but do not try to stop them, and definitely do not say all gamers are violent and love this video game. We’re not all psychopaths. As you can see from the trailer, there are more dislikes than likes. It’s around a 60/40 split, which isn’t a lot. However, even the most hated games in the gaming world usually get way more likes than dislikes, and the trailer has only been up for two days. I guess we’ll have to wait and see what the overall consensus is here. And hopefully more information about the game’s story, if there is one, will be released soon.