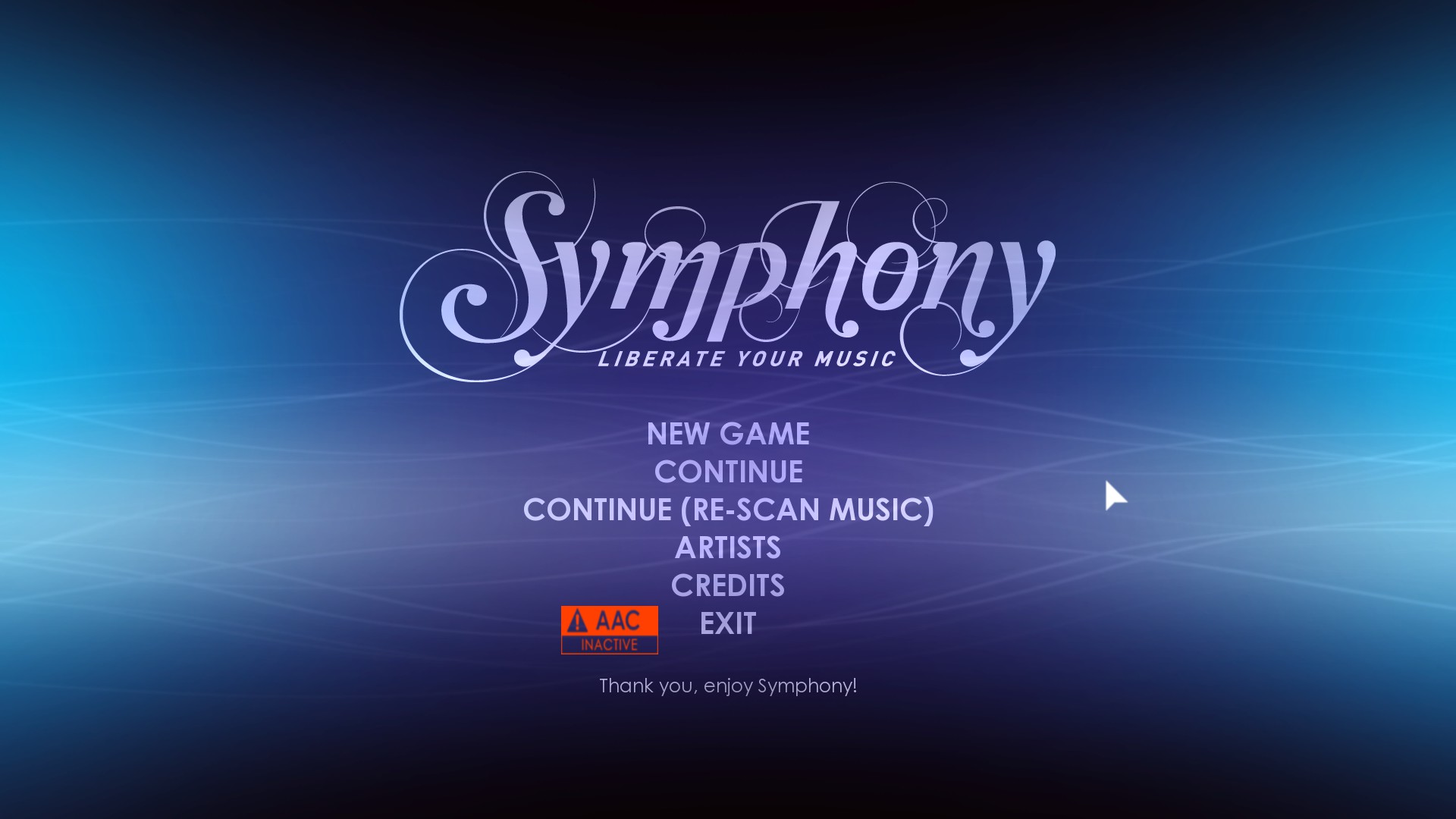 Are you interested in this mix between classic arcade shooter and rhythm game?

Symphony is an Indie PC game by Empty Cip Studios. It released back in August of 2012, but I didn’t get my hands on it until summer 2015. It mixes a classic arcade space shooter with a normal rhythm game. It sounded like an interesting mix, so I gave it an in-depth look. Here’s my Symphony Review.

Like most rhythm games on PC, Symphony allows you to scan your music library and play any song on your hard drive — unfortunately, there are some exceptions. In order to play a song in Symphony, it must be at least one minute and 30 seconds long. Songs using Apple codecs will not work unless you purchase a $0.99 DLC pack that adds support for iTunes and their special codecs. Even if you meet all these requirements, sometimes the game still will not be able to read your song. I think the real problem I came across was with foreign characters. I tried playing songs with Japanese characters in the title like SCANDAL – 会いたい. They were replaced with squares and often would not play. I was able to fix this on some songs by switching the names back to Romaji, but it didn’t always work after the song displayed “COULD NOT BE READ.” 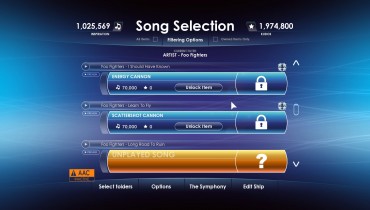 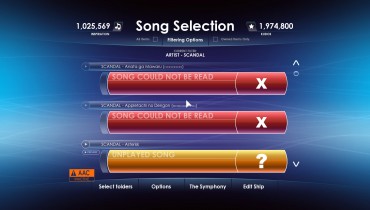 The gameplay itself is pretty interesting. All you need to do is choose a song, choose one difficulty out of six, and shoot and dodge the spaceships that fly in on screen. You can only fly around the large square in the screen, but the enemy ships will fly all around. The speed of the enemy ships will depend on the speed of the songs, but the flight patterns seem to depend on the difficulty setting. After played enough songs, you’ll quickly realize there are only a few flight patterns. Yes, the game may still be tough if the song is fast enough and the difficulty is high enough, but it sort of loses its luster once you get the hang of the enemy movements. 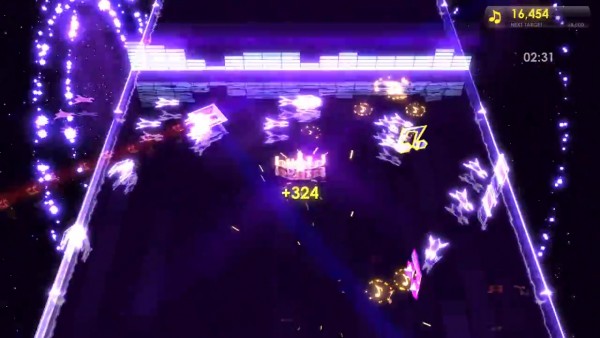 If an enemy ship hits your ship with their red ball or laser (those are the only attacks in the game), or if they fly into your ship, your ship may take damage or be instantly destroyed. If your ship is only damaged, it can be repaired by picking up musical “Inspiration” notes that destroyed ships drop on screen. 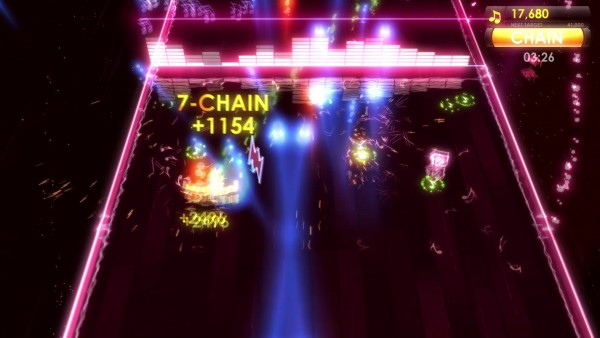 Luckily, the game isn’t just shooting ships and surviving. You earn Inspiration by destroying ships and flying over the yellow musical notes. These points are used in the final song score and to unlock new weapons that become available after clearing a song. The weapons are random, so you may find an awesome weapon or a lame one. Additionally, you earn Kudos by reaching score targets by the end of the song. Kudos are used to upgrade weapons. Each weapon can be upgraded up to level five. 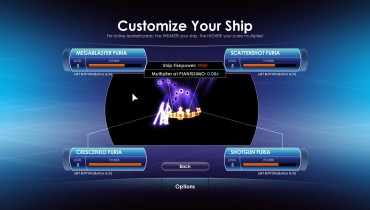 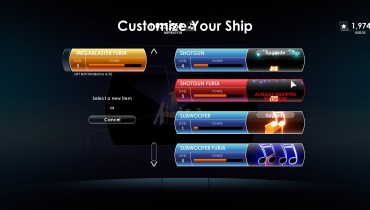 There’s also a bit of a story within the basic rhythm/shooter game. You must defeat demons, which are basically bosses, that randomly appear during a song. Defeat these demons to earn a ton of Inspiration and unlock part of the Symphony. The Symphony is five sheets of music. Defeating a demon will clear one to four sections on a page. Once the Symphony is completed, demons will not appear anymore throughout the game.

All-in-all, Symphony is a really fun game that combines arcade-style shooting with your music library. In reality, the music barely affects the game, but that doesn’t make it any less fun. It’s pretty genius to combine the two since most old school gamers would listen to music while playing these types of games. Sadly, the lack of ship movements and small amount of weapons (both for you and enemies) may bore some players after awhile. Regardless, this is a decent rhythm/shooter game for the price. I recommend it to anyone who likes classic arcade shooters or those who commonly listen to music while playing games.