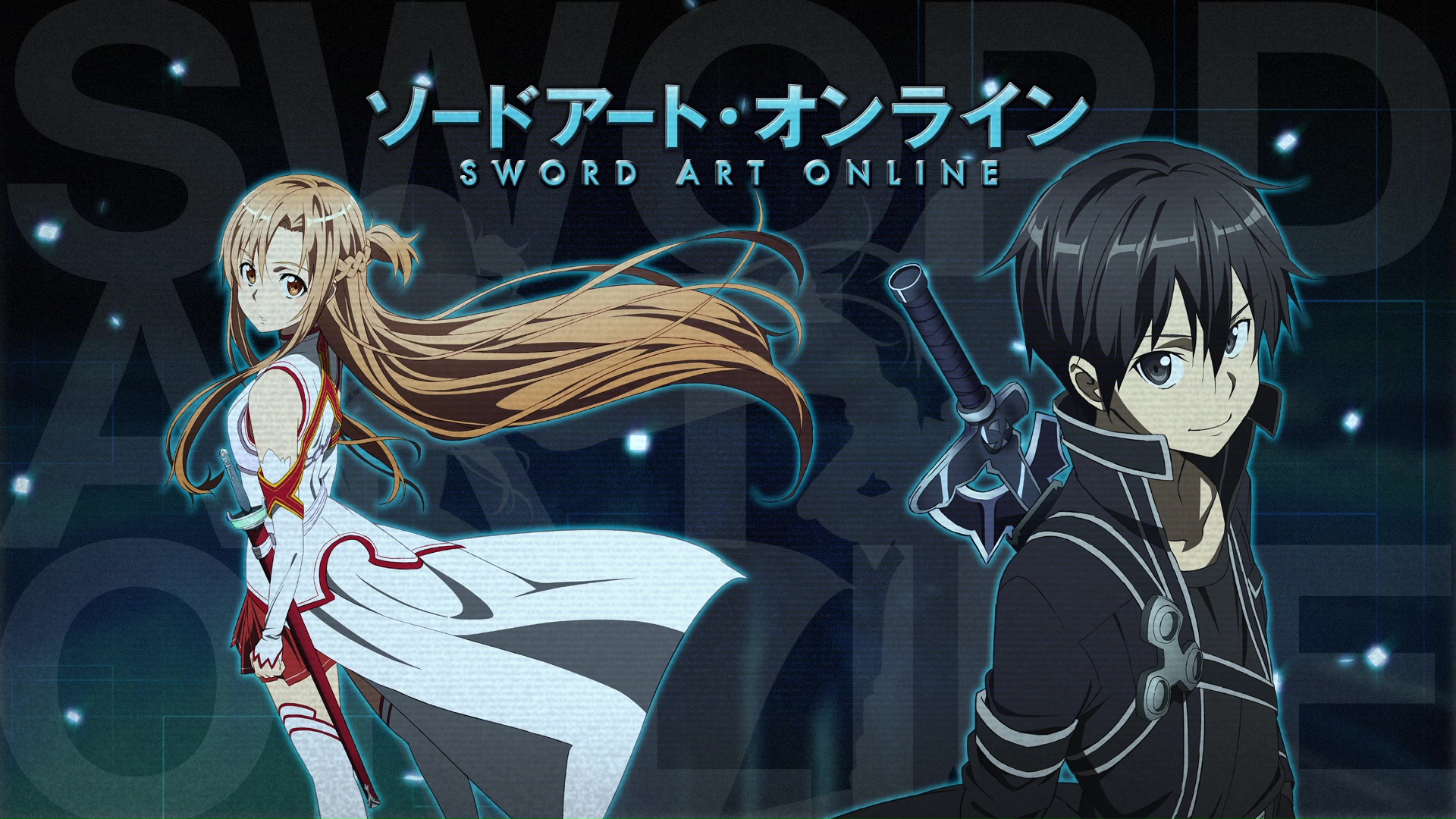 This anime became incredibly popular, but how good is it really?

Sword Art Online is a very interesting anime that piqued the interests of both anime fans and gamers. It’s set in a virtual reality MMO where if a player dies in the game, they die in real life. It became incredibly popular over the past three years, so I gave the 25 episode series a watch. Here’s my Sword Art Online review piece by piece.

The art style of Sword Art Online is pretty close to the hand-drawn style that was standard a couple decades ago. Most characters move as they did in the old days: not overly fluid and not incredibly stiff, but with some sort of flex at the artist’s discretion. This style is mainly related to character models, however. I should note, this is not a negative. It’s actually refreshing to see characters move as they did in the past. 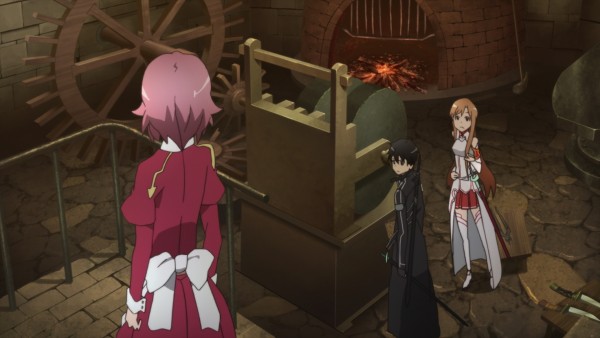 Of course, when looking at some of the scenery, you can tell the backgrounds were created using computer technology. The lighting can be terrific in the world and when reflected on each character during certain scenes. 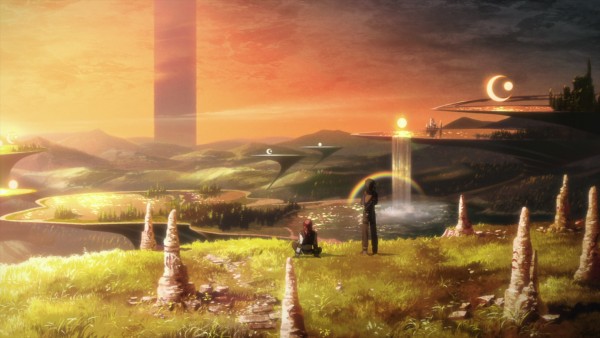 There are a few parts of the series, mainly boss battles, where there’s heavy CGI instead of regular animation. I always think this looks terribly out of place, but it keeps coming up in anime that feature tons of action. 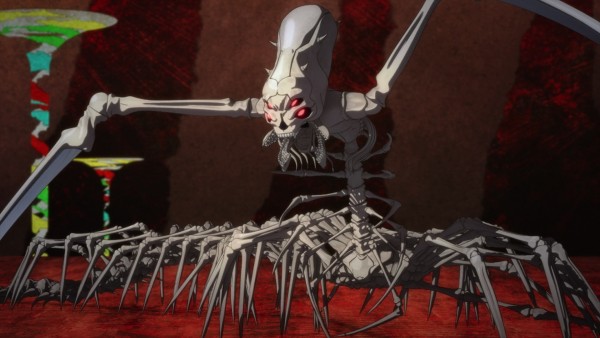 The music off Sword Art Online has some terrific scores to fit all of the high action seen throughout the show. I should note there are many emotional scenes in this series, but oddly enough there aren’t many songs that fill you with a sad emotion. Instead, the creators decided to leave these moments completely silent. Perhaps it was to give more emphasis on what was being said instead of pushing your emotions with music.

Note: I’ve only watched this anime with Japanese voice actors. There is an English dub available, but I have not heard or experienced it! This review is only of the Japanese acting.

The voice actors in Sword Art Online are, for the most part, top notch. Most fit in perfectly with the wide range of emotional scenes found in this anime. My only problem with the actors are those who portray the villains in the series. I’ll discuss that a little further in the next section.

As always, I will try to keep spoilers to a minimum in this review. I won’t say anything specific that hasn’t been shown in trailers of this series.

Sword Art Online is a 25 episode series based inside of a virtual reality massive multiplayer online role playing game (VRMMORPG). The anime begins on launch day of a brand new game called Sword Art Online. After playing for a short time, some players notice there’s no option to log out. This is when the game master tells everyone the only way to log out of is to clear the game by reaching the 100th floor and defeating all 100 boss rooms along the way. Additionally, if you die in the game, you die in real life. The virtual reality headset used to play the game will fry your brain. People will also die if someone from the outside world tried to take off the headset. 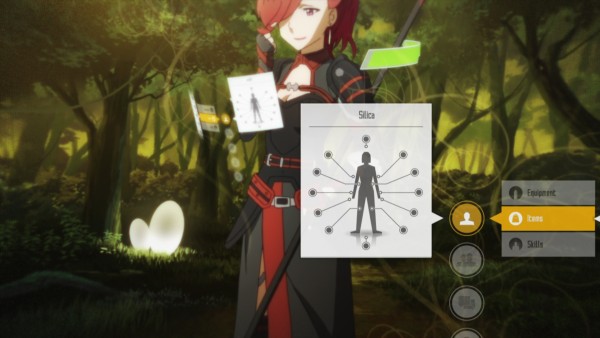 It’s an epic premise for anyone who loves video games or anime, and things start out great. Each player realizes their own mortality and tackles the game their own way. Some join guilds to defeat all the enemies using strength in numbers, while others decide to play as shopkeepers or blacksmiths in support of the stronger characters. The story mainly follows a boy named Kirito. He played the game during beta testing, so he has a bit of extra experience. Instead of joining guilds, he decides to play solo. Of course, there are many more people he meets and interacts with. Some become main characters in the series, while others are there for a short period to tell their own story. 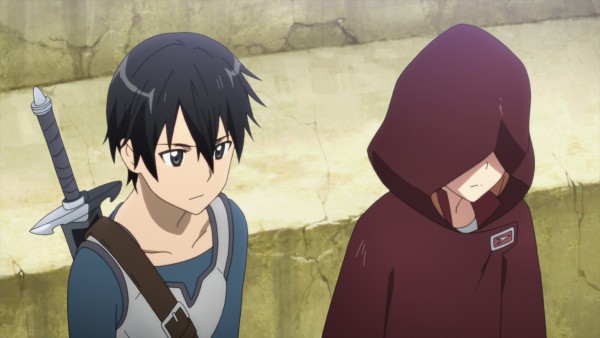 The biggest initial downside of this anime is the pacing. I won’t say the anime’s time frame, but there were points when the show would just skip forward over pretty long periods. I’m not saying I want to see the characters grinding away trying to earn XP and level up, but there were some key emotional moments that just ended a little abruptly and jumped forward in time. But that leads me to the strongest point of the anime, the emotional moments. When it comes to emotion, this anime will rip your insides apart. If you don’t cry from a tragic event you most likely won’t see coming, you may cry due to pure joy. This anime excels in the ability to showcase a wide range of emotions from love and romance to misfortune and suffering. 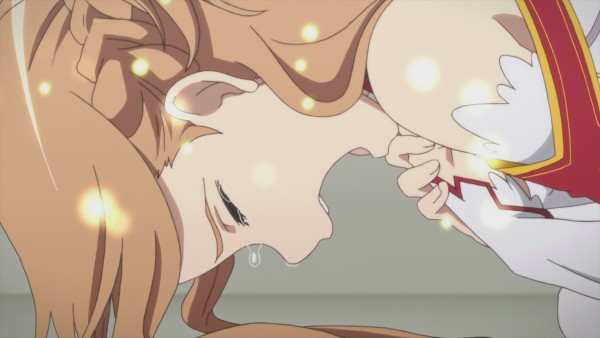 There’s an interesting turn of events about half way through the series that really divides the fan base. Some people disliked the way the story went, but I thought it was a cool turn of events. I mainly had two issues with the way the anime went. One issue was with the time frame — again. I think this series would have been ten times better if they expanded upon each half and created two full seasons instead of splitting one season into two parts as they did. The show seemed a bit too rushed at times, like the creators just made a few essential points to get the story running along instead of really developing the plot. Another issue I had was with the complete turn on the overall feel. The first half seemed serious or funny for the most part. The second half was a bit serious during important parts, but it focused on a lot of fan service and I felt like it really messed with the legitimacy of the show. There were massive breasts that defied physics, several panty shots, and even a tentacle scene! 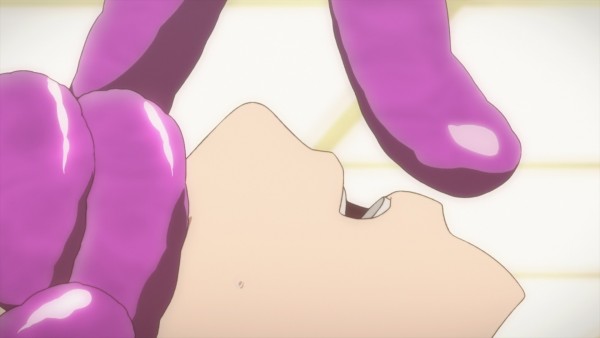 One of the more annoying issues I had throughout the entire series was how they dealt with the villains, and I’m not talking about the AI enemies or bosses in the game. Remember, all the characters in the game are real people, yet they give the villains an over the top catoonish style. They have massive crazed grins and do evil laughs. Sometimes the cheesiness is unbearable. It all culminated to a villain who did all these excessive acts, then licked someone’s tears and said it tasted sweet. Talk about killing the feel of the show. 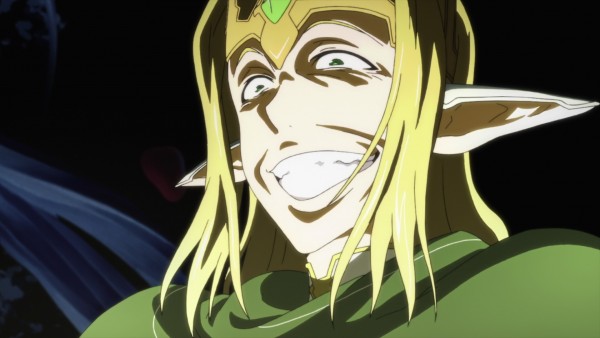 Sometimes you can absolutely love this show, and other times you can despise it. So, what’s my final judgement? Would I recommend this series?

While the series started off great, the creators made an unusual decision half way through that divided the audience. I felt the overall story was epic, but the execution was a little questionable. The series suffers from some terrible character choices, and I really wished they gave the two halves of the series their own seasons instead of squashing them together into one. If more time was spent on character development and interaction with other players in the game world, things would have been so much better off. With all that said, I still recommend Sword Art Online to those who love romance, tragedy, action anime. It’s also a great choice for all the gamers out there.

It’s nearly impossible to get your hands on the entire series’ Blu Rays unless you’re incredibly rich because it seems as if they stopped producing the sets. You have to get four discs that are around $80 each to own the whole series. The alternative is to stream the show on Crunchyroll. But if you do have the cash, you can buy the series at Amazon using the links below. The Limited Editions are nearly impossible to get. An eBay auction lists all four limited editions (plus an OVA limited edition) for $6,000.

Since most won’t ever get their hands on the Blu Rays, here’s a little gallery with the menu wallpapers. Slight spoilers, so be warned!