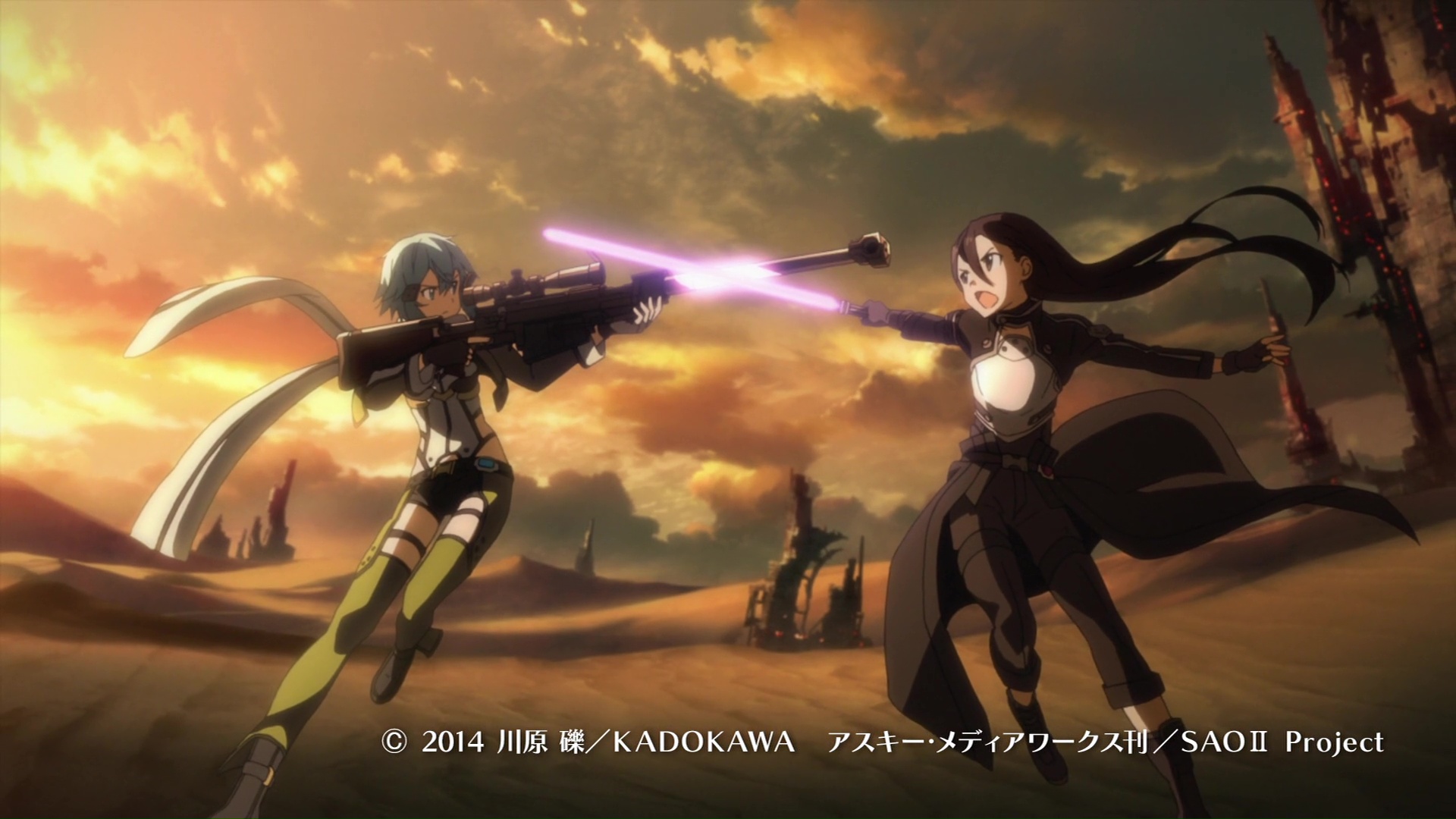 The story continues in the epic SAO saga. Is it as good as the first season?

Sword Art Online II is a 24 episode anime that picks up a short while after the ending of the first series and the Extra Edition movie. Once again, people are dying inside the world of VRMMOs, but it’s not quite the same as the first crisis in Aincrad with the original SAO video game.

Before going further with the review of the story, let’s look at some of the finer points. If you’re just interested in the story, skip down to the Series Review header.. Here’s my Sword Art Online II Review.

The art style of Sword Art Online II is pretty similar to the first series. Of course, the VRMMO game that’s played is more steam-punk instead of fantasy like the two games in the first series, giving it a darker feel, but the actual animation of characters is the same. 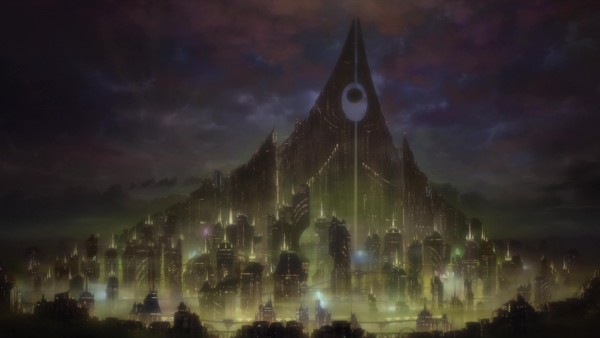 The backgrounds are very detailed and feature a number of colors — though not always bright colors. The characters have a mix of simplistic facial animations and detailed costumes. Also like the first series, from time to time you’ll see full 3D animation instead of 2D drawings, but it seems to happen mostly during select slow motion events. 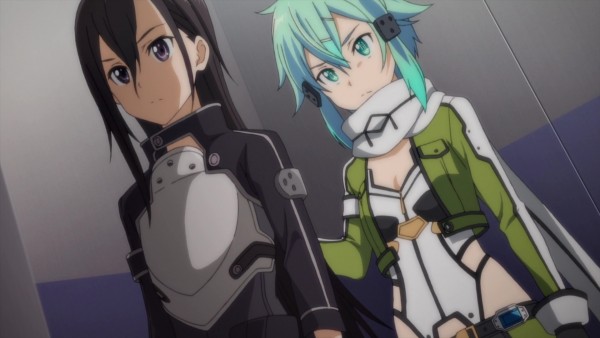 On a side note, there isn’t nearly as much fan service as the second half of the first series. That’s not to say you won’t find any at all, but it’s a rare occurrence.

Also, the battle animations are far better than the original Sword Art Online. Most of the time in SAO, you were treated to still scenes that connected to each other. In SAOII, you are given fully choreographed and bad ass battle scenes both with guns and swords.

Sword Art Online II features a variety of musical tracks that are a bit similar to the first series. You will often find high-intensity tracks during the action-packed moments that really draw you into the battles. However, unlike SAO’s silent moments during tragic events, SAOII has dreary soundtracks that accentuate the scene. Honestly, the sad moments do not need the extra music, but the scenes are not hurt by them either.

Like usual, I watched the entire series with Japanese voice actors. This review is of the Japanese actors only!

The same voice actors reprise their roles in the sequel, and a few new characters and actors are added into SAOII as well. All-in-all, the voice actors do a great job throughout the series. The only issue I have is with the newest female character during select scenes. Sometimes I found her acting a bit sub-par, which can take you out of the moment. The actress is far from new to voice acting anime, so it’s a bit unusual to find that sort of acting from her.

I will try to keep spoilers to a minimum like with all my reviews. I won’t reveal any important plot points, but I mention a few things that should be mentioned in a review.

Similar to the first series, Sword Art Online II does not feature a single story arc. Instead, there are three main stories that are told throughout the 24 episodes.

The first, and biggest, story arc has a similar feel to the original story line in SAO. Players seem to be dying both in real life while playing a new VRMMO called Gun Gale Online (GGO). However, these players only die after being shot by a certain gun and a specific player, both named “Death Gun.” 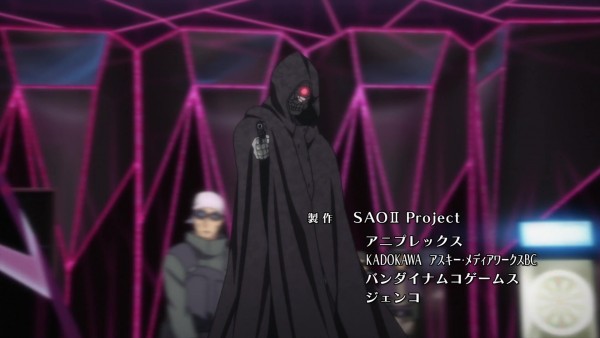 After the first incident, rumors started flooding all over the internet of this Death Gun, though most believed it to be some sort of hoax. This is where Kirito comes into the mix. Kikuoka Seijiro, the man who works at the Ministry of Internal Affairs and who was looking into the Sword Art Online cases, asks Kirito to check out the game and see if he can find anything. Of course, he doesn’t expect him to go in without being supervised in the real world. After some convincing, Kirito agrees and explores GGO. 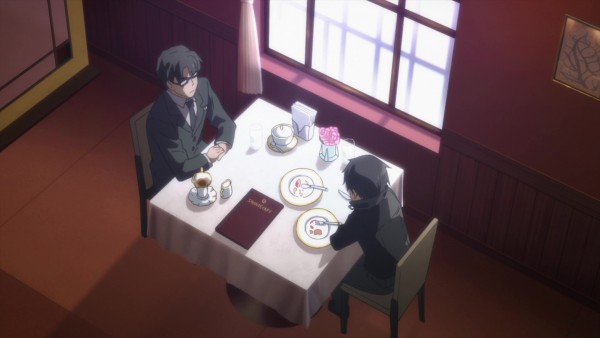 During Kirito’s first visit, he meets up with the newest character, Sinon. She’s a GGO player who has no idea who Kirito is or what he’s up to. Kirito has never played GGO, so he desperately needs help figuring out what is what. GGO is a VRMMO that focuses on guns, but also includes beam swords. And wouldn’t you know it, Kirito chooses a sword in a gun game and is a beast player! Unlike normal gun games, GGO shows where an enemy player’s bullets will go with red lines. 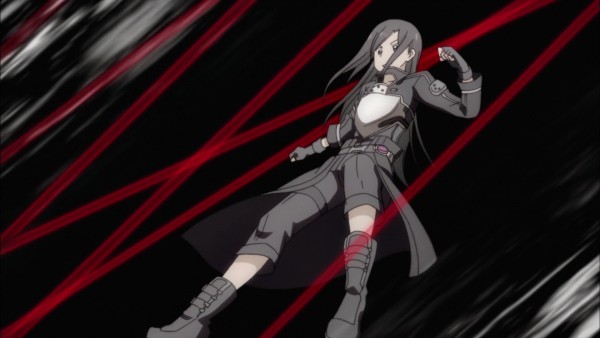 It’s obvious that Sinon will be important to the story because after the initial set up, the anime focuses on her for several episodes all while ignoring Kirito and the original gang. In reality, Sinon is a girl who hates guns due to a terrible incident in the past. However, in GGO, Sinon doesn’t have any trouble being around guns or using them, and is one of the top players in the game. 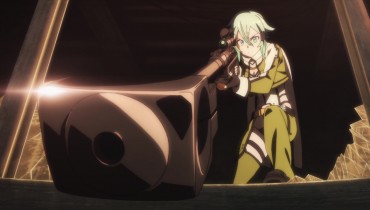 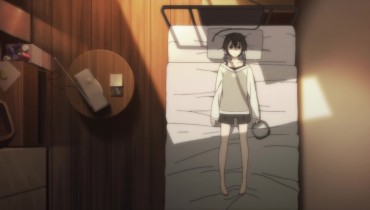 Kirito and Sinon work together — and sometimes against each other — to find out the identity of this Death Gun and discover the truth behind these unusual murders. The story starts off a bit slow as it builds Sinon’s background, but it quickly picks up and keeps you on edge. You’ll want to see the next episode as soon as the last ends. While all of this happens, the anime will sometimes jump to the other characters in ALO. They view the big GGO event as Kirito and Sinon participate, but they don’t know all the details behind his job to find Death Gun. 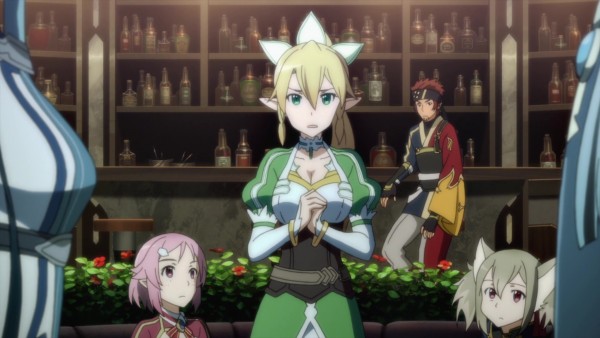 The main story takes the majority of time throughout the series, and has a pretty satisfying end. It’s definitely the strongest and most action-packed adventure in Sword Art Online II.

The second story arc revolves around a short quest line in ALfheim Online (ALO). The group reunites to find the legendary sword Excalibur. The episodes that revolve around this story line aren’t incredibly interesting since there isn’t any drama, or really any point, like the others. Luckily this story doesn’t last all that long. 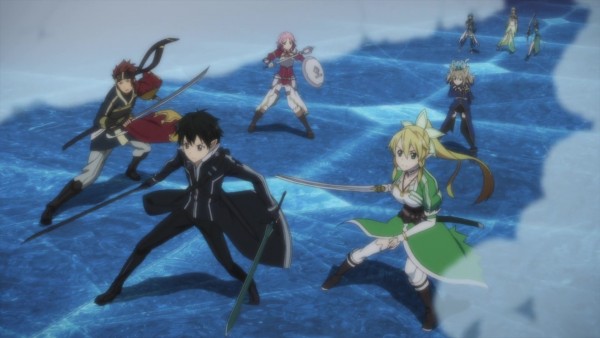 The third, and final, story arc is set in both New Aincrad and the real world. The story mostly follows Asuna as she deals with real world problems involving her mother and her future. It may seem boring to those waiting for action, but it does tie into the next part of the story. 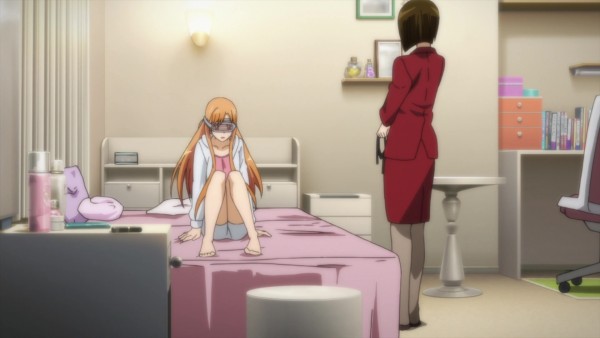 Inside the virtual world, Asuna meets a party of very talented players who each hold a secret. I won’t say what these secrets are because of spoilers! She gets recruited by them to help achieve a really tough goal: clearing a floor boss without any help from other guilds. 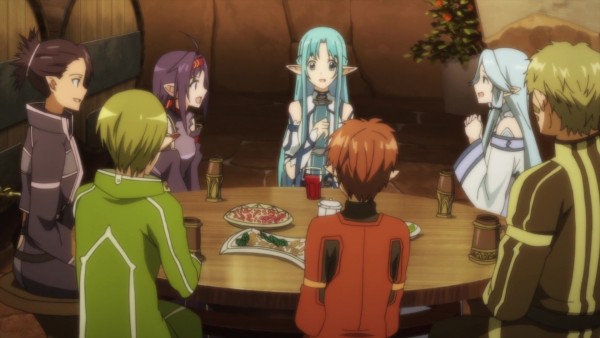 At first, this third story arc didn’t seem as important as the others, given the fact that there wasn’t much motivation to begin with, but the real story slowly reveals itself as time goes on. The drama in Asuna’s real life and virtual world intertwine as the series comes to a satisfying end, though it focuses more on tragedy than action — opposite to the beginning of SAOII.

Sword Art Online II has a mix of story arcs like the first, but just like the first I wasn’t for these separate adventures. In the first SAO series, I wished they broke the two story arcs into two full seasons or series. However, the second and third story arcs in SAOII probably wouldn’t be able to stand on their own in separate seasons. The main arc that SAOII begins with is really interesting, but it doesn’t include the same drama as the original series. When I say drama, I’m referring to the tragic events and intense feeling that anyone could die in the real world at any given moment. Yes, people are dying in SAOII because of Death Gun, but Death Gun isn’t around at all times.

All-in-all, I’d still recommend this anime to fans of Sword Art Online as a continuation of the story, but it’s really a pretty average action anime that takes a complete 180 to tragedy and drama towards the end. Maybe the gamers out there will care a little more than a non-gamer anime fan, but I’m barely at the point of recommending this anime.