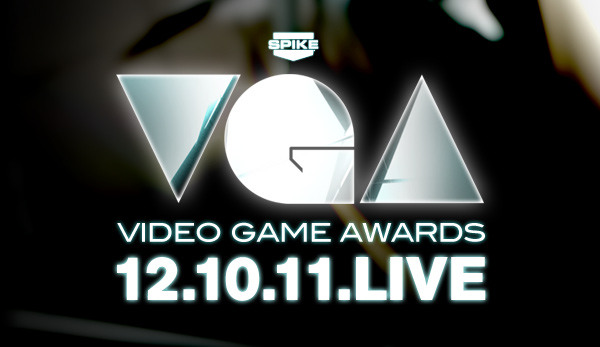 Let me say that I’m glad video games are so big, we can actually have award shows for them now! Obviously, this isn’t the very first Video Game Awards that Spike has had. I’ve seen many of its past shows, but I missed this years show. I did, however, see all the winners and hear a lot about what happened from various sources. I’m not going to make a stupid statement like “The show sucked” when I didn’t see it. I want to comment on the awards and the entire show all together.

First off, let me say I will talk about who won in the show. If you haven’t seen it, don’t cry to me and say I spoiled it!

How do games win?

Let’s talk about how the process works. Only two categories are a popularity contest. You vote for who should win, and the nominee with the most votes wins. All others have a certain amount of nominees that an Advisory Counsil will vote on and choose to win. They’re not the same people each year. Some of them don’t even make a living in the gaming industry, which is a bad sign to start out with. Some of you may say “a reviewer is a reviewer.” Would you want someone who reviews cars to go review a movie? Then when you choose people who write on video games, you have to make sure you choose the right people. Many people are known to be biased in certain categories. There was a pretty big commotion over at IGN when the Playstation Fanboy Greg Miller reviewed Uncharted 3 and gave it a perfect score.

Now onto the actual nominees. I’m not sure who made the choice for some of these nominees or categories, but many are pretty bad. Two that stood out for me featured the game Batman Arkham City. I hear it is indeed a great game, and part of me wonders if they only put them in these categories to win since it may not have won Game of the Year. For some reason, they put it in the category “Best Xbox 360 Game.” What’s the problem with that you ask? It’s a multi-platform game and should not be in a category for one console! Same can be said for Portal 2. Meanwhile, Playstation 3’s best game nominees had only Playstation exclusives. You can’t tell me you couldn’t find two other Xbox 360 exclusives for 2011! It is a bit tougher for Best PC Game, since most PC games are multi-console, but there are still some great pc exclusive games out there! Not one Best PC Game was a PC Exclusive title. The other category that featured Batman Arkham City was the “Best Adapted Game” category. Other nominees in that category were Back to the Future The Game and Lego: Star Wars III: The Clone Wars. Batman Arkham City was not originally a movie or even comic book. Just because it has characters that were in batman movies and comics, does not mean it should be in the best adapted category with Star Wars and Back to the Future Games!

Another category that really upset me was best multiplayer. I’m a pretty big online multiplayer fan, but the winner of the show was Portal 2, a game that isn’t exactly known for multiplayer. Yes there is multiplayer where two friends can solve puzzles that are created for two people, but other nominees were some of the most popular and most played multiplayer games ever – Call of Duty: Modern Warfare 3 and Battlefield 3. I know the category isn’t called “Best Online Multiplayer,” even though you can play Portal 2’s multiplayer online, but it’s really unfair to say Portal 2 wins this category. Those other two shooters were basically made for multiplayer. You can say the same for the last nominee, Gears of War 3, except I don’t believe it was made specifically for multiplayer.

The last category that got me thinking was best Studio. The winner was Bethesda, maker of the GOTY winner Elder Scrolls V: Skyrim. Yes, I believe that game was pretty damn great. I may even think it was GOTY. However, everyone knows the game was very glitchy and full of bugs, especially for the PS3 version. I don’t think you can say the studio was the best studio when the game didn’t work that well on one of the consoles! I know some people may say “If it shouldn’t win Studio of the Year, their game shouldn’t win Game of the Year.” I disagree since those are kind of two different things. Their game is great, but it was really messed up on two of the three systems. Does that mean the entire game should suffer? I don’t think so. I think Valve should have won this category for Portal 2, since that is pretty much a perfect game in design quality.

I wonder who exactly picks some of these categories and why some categories have more nominees than others.

Moving on from the center of the show, the awards, I want to talk about the announcements and trailers. I am really against developers or publishers announcing games or projects that will be coming in the future. This is a Video Game Awards show! This is not E3 or any of the other many game expos, so I don’t believe anyone should be announcing anything. Correct me if I’m wrong, but I don’t think a movie studio gets up in the middle of the oscars and talks about a movie they’re working on. Now if you want to show your trailer off during the commercials, that’s totally acceptable. We’re watching a game awards show, so the breaks and advertisers should be about games too! This is a big thing for me, but it’s not the biggest out of what I’ve talked about.

In my opinion, I think there should be two Video Game Awards shows that are the only awards shows people pay attention to. The first should be a popularity contest. Sometimes people argue over what’s really good and what’s well known / popular. I think the whole Battlefield 3 vs Modern Warfare 3 argument falls into this category. There should be a show that’s based on fans voting for games ONLY. The winner for each category will be the most popular. I know game developers want to make a good AND popular game, so this can be one half of the coin. The other half should be a completely, un-biased assessment of games. It should only pick the best of the best games and pick the RIGHT games for each category. I know it can be tough to choose a game for best system game or game of the year when each game is completely different from each other, but it shouldn’t be too difficult when there are categories like “Best RPG” or “Best shooter.”

In conclusion, I realized long ago that Spike’s Video Game Awards were a joke. Even other writers would agree. You can read some snippets in Wikipedia’s VGA Reception page. This award show is quickly becoming what Comic Con and MTV have become, and you don’t want to go down that road. I think it should be about video games awards and video games ONLY. I don’t even know of any other awards show, just awards from video game websites. So it looks like we may be stuck with this for now. Don’t get me wrong, if I won an award from some lame award ceremony, I’d proudly show it off too.