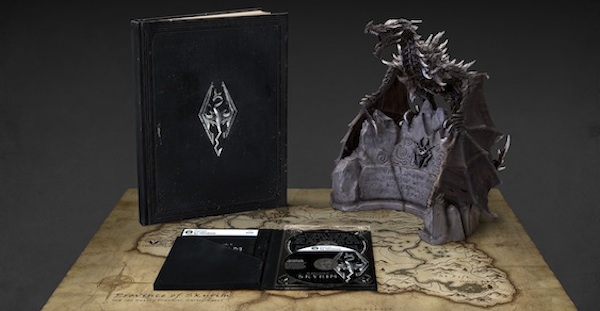 Collector’s Editions have become more and more common these days for big name video games. They add useless or toy-like items and boost the price up. I’m not a fan of Collector’s Editions unless they come with things that are really awesome, or things I can use. Two great examples would be the past two Call of Duty games. Both games had a “Hardened” and “Prestige” edition. The Hardened Edition was cheaper, and the Prestige Edition was basically the Hardened Edition, but with an extra toy. I was completely content with the Hardened edition because they came with in-game content. Modern Warfare 2 had the original Call of Duty game for download, while Black Ops had the four Zombie Maps from Call of Duty World at War. The prestige edition came with over-priced toys like a RC Car and Night Vision Goggles. I would also take a Special Edition if it came with something special from in-game which you can’t find anywhere else. Memorobillia is pretty cool in my opinion. If I was buying a Lord of the Rings game, I would love if it came with The One Ring. Although, I already bought one a few years back. The prices shouldn’t even be too high unless they really are rare. Special Editions of video games seem far from rare these days.

When talking about this particular Collector’s Edition for Elder Scrolls V: Skyrim, I don’t think it’s worth it. As I said before, I wouldn’t want any of this useless crap. I’m not sure what kind of collector would want a 12 inch PVC statue. I understand some like Art Books, they are a bit interesting, but I wouldn’t pay this much for an art book. I think the map would be cool, and even a collector type item. Still, it wasn’t officially announced in the article. The map may even be placed in each copy. I will pass on this so called “Collector’s Edition.” Yes, this is my most anticipated game of 2011, but I won’t spend $150 on all this useless crap.

Update: I just found out that you can get the “Preminum Physical Map” for free when you pre-order Skyrim at Gamestop.