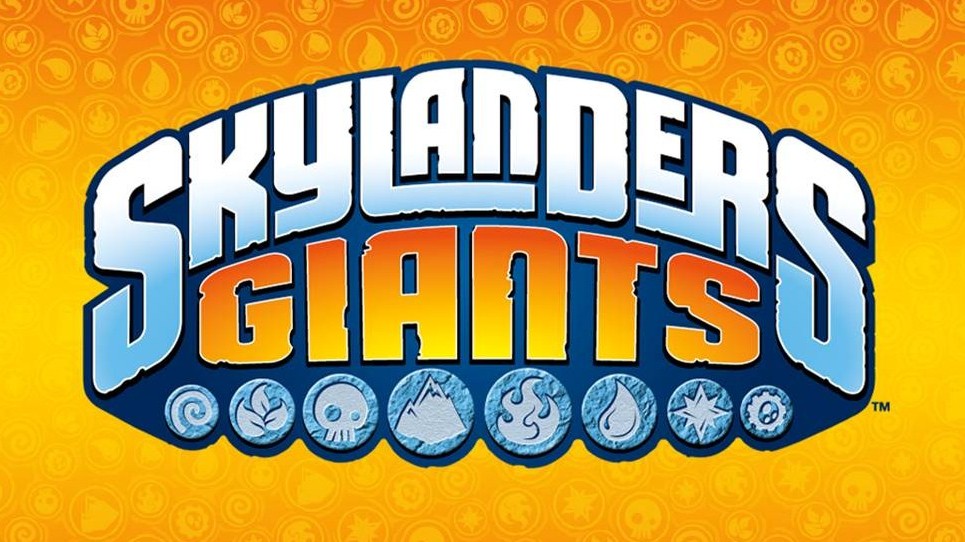 Skylanders Giants is the sequel to Skylanders Spyro’s Adventure. Is it just another game for kids, or is it something everyone can enjoy?

For those who are unfamiliar with the Skylanders games, Skylanders Giants is a video game tied in with a series of toys. Place the figures on a special “portal” to transfer them into the game. These figures will save select data onto the figures themselves, instead of being saved onto the console’s memory. All figures can be used across the multiple platforms the game was distributed to.

Having an object that allows you to play a game over various consoles sounds like an awesome idea on paper, but there are a few problems with it. For starters, you won’t be able to play the game unless you buy at least one figure with the portal. Skylanders Giants has a starter pack that includes three figures, the portal and the game. This starter pack will set you back $75. Luckily, if you have the portal and figures from the first game, you can use them all for the second game. After you stop playing the game, what do you do with all these figures? There are 48 different characters in Skylanders Giants, each with their own figure. Some character have a regular figure and a new “Series 2” figure that includes a special power upgrade . In addition to those figures, there are other Special Edition figures out there. So, before you know it, you’ll have a room full of figures! That may be a small problem for the people owning the Skylanders toys, but the real problem is the price of these things. Let’s be real for a second, money is the real reason they created toys along side a game. Each figure costs between $10-15, which means this game may set you back quite a bit. You may be thinking, “I don’t need to buy all those figures.” It’s true, you don’t need to buy so many figures, but you do need at least one figure from the eight elements in order to explore and collect everything in the game! So if you do the bare minimum, this game will cost you $125 to fully play. And when a kid wants something, they’ll keep asking until you give in. Now lets go in depth with the game itself.

The Game (You Lost)

Skylanders Giants has two game modes to choose from: Story Mode and Battle Mode. Battle Mode is a versus mode where one player can face another locally in various game modes. The only real problem with this is you have to buy the arenas for Battle Mode while playing through Story Mode. It’s not a big problem, but it’s a bit of an annoyance.

The Story Mode is where everything is at. Play through 16 chapters (levels) completing both mandatory and optional objectives. The mandatory objectives are story goals needed to complete the chapter. The optional objectives are called “Dares,” and will dare you to find all areas in the chapter, complete a chapter without losing a life, defeat a set number of enemies, and complete the chapter under a set time limit. The final set of goals is all collectibles. There are seven sets of collectibles in each chapter, eleven objects total. Complete the three sets of objectives to get three stars on the chapter. Once you’ve completed an objective, or made progress towards the objective, it will stay completed forever.

If you’ve read my reviews or opinions on many other games, you’ll know how much I hate collectibles. This particular game is a bit different when it comes to collection. These collectibles aren’t too hard to find, and all but two collectibles actually have uses! The collectibles and functions are:

Without collectibles and searching for all areas in each chapter, the game would be incredibly short. If you’re wondering what these “areas” I keep talking about are, let me explain. Areas are short zones in each chapter. They flow right into each other, so there isn’t much searching to be done. Some areas are slightly hidden behind a destructible wall or something, but they’re usually pretty obvious. Many areas boost the power of a Skylander element, meaning their attacks will be stronger and they will earn more experience. There are also certain elementally locked areas that can only be unlocked if you use a Skylander of a certain element at the door. These areas usually hold one or two collectibles in them, which is why you must own one of all eight elements to fully explore and complete the game.

The chapters in the Story Mode are a decent size, unless you are going only for the mandatory story goals. If your Skylander is defeated in battle, you won’t be able to use it again unless you restart the chapter. If all your Skylanders are gone, there’s no other option but to restart the chapter. There are zero checkpoints in 14 of the 16 chapters. The only two chapters with checkpoints involve riding a giant robot (Conquertron) and flying a helicopter/jet (Autogyro). If those objects are destroyed, you get to start back at a check point. This system may be a problem on higher difficulties if you don’t have too many Skylanders, or if the Skylanders aren’t leveled up enough.

After every chapter, you will return to your home ship. This ship is called The Dread-Yacht, and is owned by a character named Captain Flynn. The captain isn’t the only one on the ship. There are various characters you can interact with to play several mini-games, upgrade your Skylander, or purchase items. One mini-game is a game called Skystones. It’s a simple board game where you collect skystones to use against other player’s skystones. If a skystone has more blades on the side, it can overtake a weaker skystone. The player with the most skystones at the end of the game wins the game and a new Skystone (or loot). Another side game is the set of Heroic Challenges. Select and complete a timed challenge to earn a permanent boost in a particular stat. Only a handful of Heroic Challenges can be bought from shops – other challenges are unlocked after buying and using a Skylander. The third and final side game is the Arena. Select one of twenty one battles to the death, or battles with different challenges, to earn treasure.

The actual story in Skylanders Giants is obviously targeted towards kids. Do not expect something in-depth or interesting enough to keep the attention of a teen or adult. A cut scene may play after a few chapters to keep the story going, but the objectives during the chapters are the most common story elements. Even though the story is kid oriented, the characters in story mode are top notch. Both adults and children may recognize some of the voices like Patrick Warburton (Seinfeld, The Emperor’s New Groove) and Richard Steven Horvitz (Invader Zim, The Grim Adventures of Billy and Mandy). These guys really help bring the story alive, and keep people interested outside of actual game play.

To answer the original question, “Is it just another game for kids, or is it something everyone can enjoy?” Skylanders Giants is definitely a game targeted at kids, but it won’t be something unbearable for parents to play with their children — at least, until they see the hole in their wallet. The gameplay is solid with various difficulty levels. The few side games available will keep players busy for a short time after completing the game. The real replay factor is leveling up and upgrading each Skylander. The memory and cross-platform ability these figures have is definitely a nice feature for kids to interact with each other. This game is a solid four out of five stars.