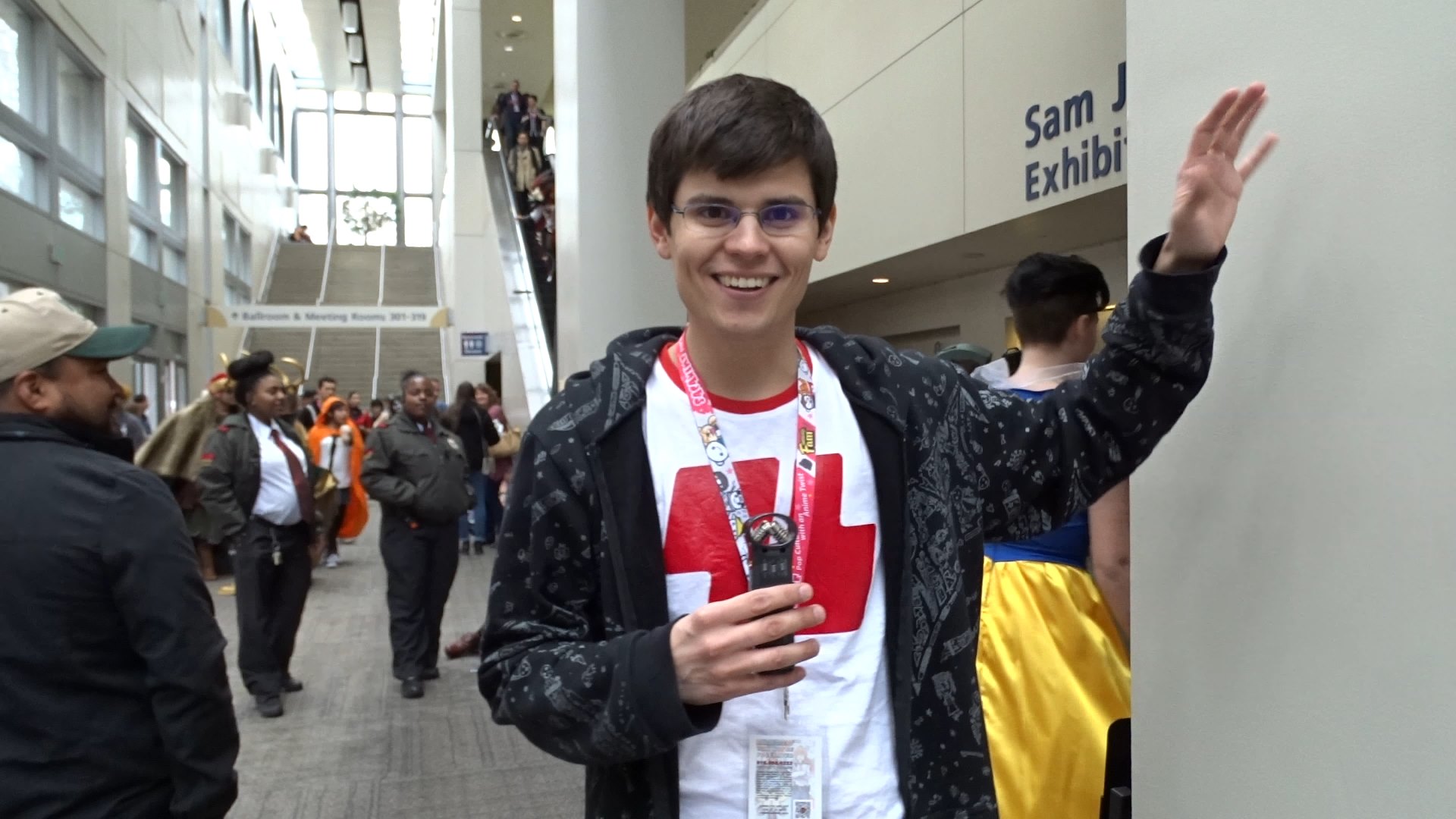 SacAnime Winter 2018 was a cold and dreary con for me. Here’s a blog of my experience and all the cosplay pics I shot.

Directly after SacAnime Summer 2017 I pre-registered for SacAnime Winter 2018. I got VIP, got a hotel for three nights, and was pumped all the way up to the end of December. Then I got hit with a flu, followed by a cold.

I planned to arrive on day 0 early in the morning. I arrived at the train station because I like taking the train there instead of driving. Then I noticed my train ticket said 10:50pm, not am….. I went back home and rested until later that night. I actually enjoyed arriving in sac at night. It’s pretty silent, and I found a Lyft driver incredibly quickly. I reached the hotel and unpacked. Unfortunately, I couldn’t sleep until about 6am.

For day 1 I woke up around 10:30am since that is the latest they can deliver breakfast. I figured I would go back to sleep, but I just couldn’t. Then a friend of mine I never met in person messaged me and said she wanted to hang out for a bit. She came up to my hotel room and we hung out for an hour or two. When she left I listened to some music and fell asleep again. I woke up again around 6pm, dressed up as Roy Mustang, and registered in the lobby around 7pm. By that time at night there was nobody in line.

I didn’t stay out too long. I went around the convention center for about three hours and met up with a few more friends. One of the friends I had never met in person, but the others I met a few times at other conventions. Since I didn’t get to the convention center until late, the exhibit / vendor hall was already closed. Around 10pm I went back to my hotel because I wasn’t really feeling it. I went back out around midnight to get some food before trying to go to bed again later that night… or morning.

For day 2 I didn’t wake up until really late. When I did wake up, my head was hurting and I felt sick in so many different ways. I didn’t go out at all, but one friend came to visit and a few others facetimed me from out of town. I wanted to go to the unofficial Pokemon gathering some people put together, but I guess there wasn’t enough interest, and it was canceled anyway. Even less of a reason to want to go out.

On the last day (day 3), I only slept about four hours since I had to get ready and check out of the hotel before noon. I wore a shirt and pants from my Pokemon Trainer Red Sun and Moon cosplay, but it was way too cold for just a shirt. I didn’t want to get any sicker than I was, so I wore a sweater over my shirt that made it seem like I wasn’t wearing any sort of cosplay at all.

I met up with a friend again at the convention center and walked around before taking the train back home at 5pm. I also visited the vendor hall before leaving where I bought an RGB Pikachu keychain and two new SacAnime T-Shirts. Unfortunately, I wasn’t able to find another Eeveelution umbrella like I bought and lost. Like always, I wanted more artwork but have no room left on my walls, and I need to save money.

Since I was feeling so bad throughout the weekend, SacAnime Winter 2018 wasn’t a very good one. Sacramento was freezing and rainy, which definitely didn’t help how I was feeling. On top of all that, I felt as if my anxiety was coming back. My general health and the weather was what weighed on me the most — the actual con wasn’t too bad. I really believe this will be my last SacAnime, however. Keep an eye on my anime convention playlist on YouTube for SacAnime Winter 2018 vlogs.