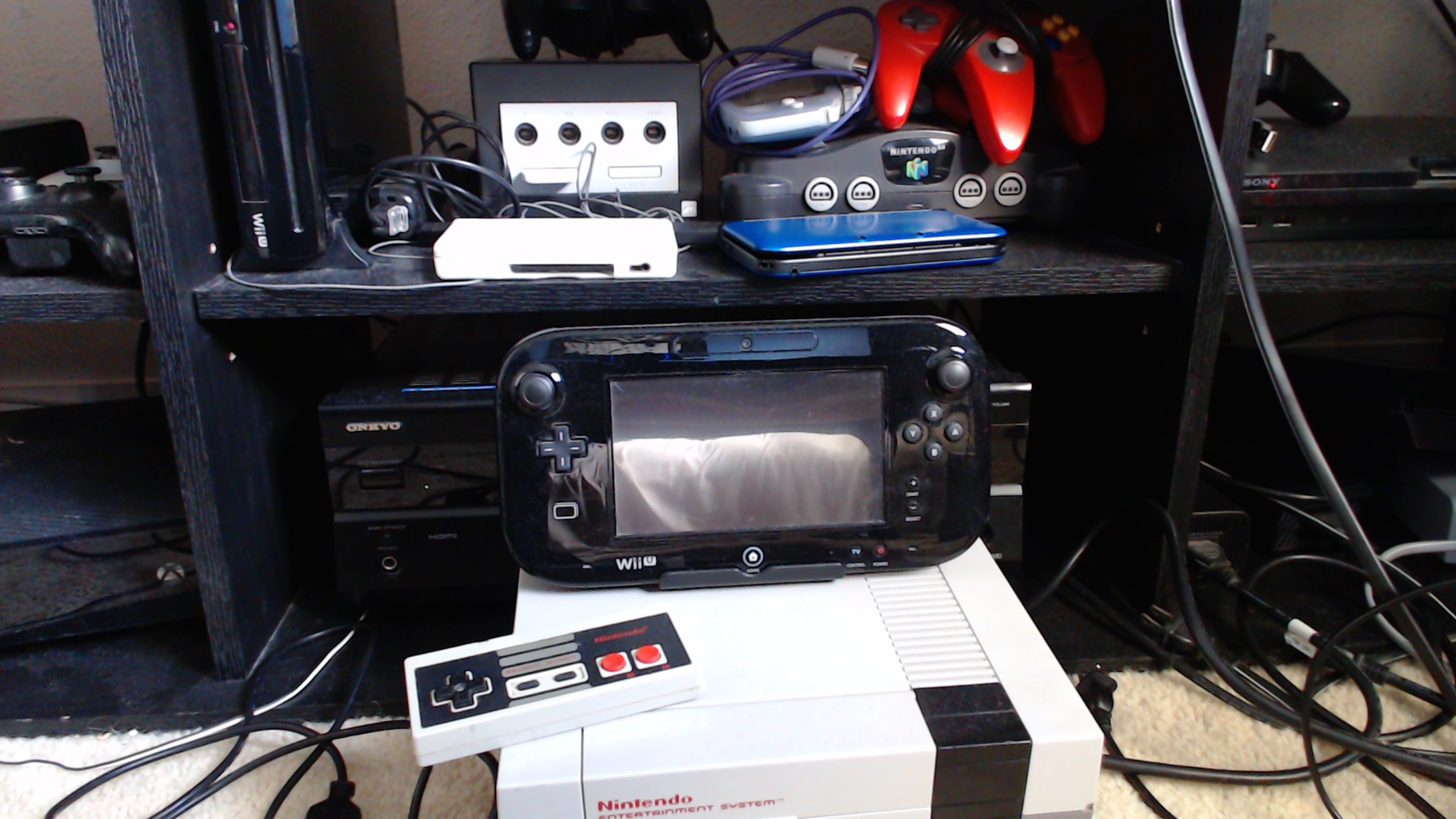 I talk a stroll down memory lane for Nintendo’s 125th Anniversary. Come share your experiences with Nintendo!

Nintendo officially turned 125 years old on September 23rd of this year! Obviously, they weren’t originally a video game company back when they first started up, but today they are one of the top three gaming companies in the world. So, for their anniversary, I figured I would talk about my experiences with Nintendo. Feel free to share your memories in the comments section below!

When I was a kid growing up in the early 1990s I didn’t own a Nintendo system. I owned a Sega Genesis, but my next door neighbor and cousin had a Nintendo Entertainment System. I would go to their houses from time to time to play Super Mario Bros., Duck Hunt, Super Mario Bros. 2, and Super Mario Bros. 3. Yes, I was fortunate enough to be that kid that would wake up in the morning and play Super Mario with his cousin while eating a bowl of cereal. I should note, we ate regular kids cereal that’s still available today. I hadn’t even heard about many of these Nintendo cereals I see on Google today. 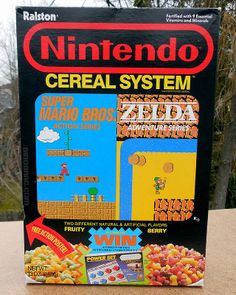 I had a much older cousin that owned the original Nintendo Game Boy with the ugly green screen. Whenever she brought her Game Boy to the house, I would ask to play it. I played Tetris, Super Mario Land, and Super Mario Land 2. Super Mario Land 2: 6 Golden Coins was definitely my favorite. It’s a little funny and a little scary thinking back, but the 4 AA batteries that powered the Game Boy exploded while I was playing Super Mario Land 2! I remember hearing a small pop and telling my mother about it. She then noticed battery acid started to drip out from the bottom of the Game Boy. Luckily I didn’t get any on me. 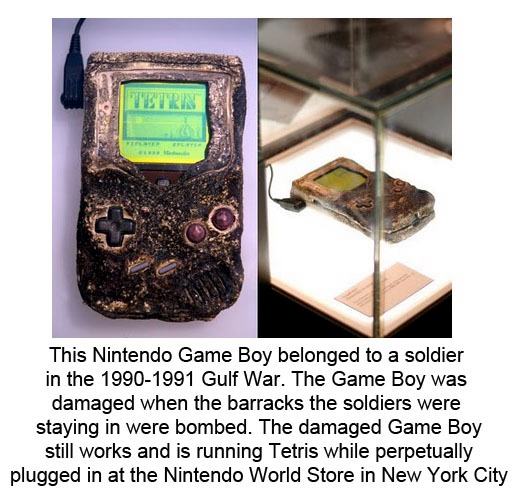 As I got older, I didn’t get any other gaming system. I did have another friend that owned a Nintendo 64, but I moved to a different town four hours north and wasn’t able to see him often. When I did see him, we played a little Super Mario 64. That instantly became one of my favorites, and I would bug my mother to get me a Nintendo 64 throughout the year. I bugged my mother to buy me a lot of things, but of course, I didn’t always get what I want. Like a good mother, she would make me work for the things I wanted. In the late 90s, I bought my very own Game Boy Color. I put the atomic purple Game Boy Color on layaway at Wal-Mart (along with a copy of Pokemon Red). I saved up a lot of money for it, but my mom helped me pay it off when she got a tax refund later that year. Those that know me would know Pokemon Red instantly became one of my favorite games, and Pokemon is still one of my favorite franchises to this day!

A short time later, my mother bought me a Nintendo 64 for my birthday. I don’t really remember what year it was, but I know it came with the Star Wars Episode I Pod Racing game bundled in. So it had to be some time after 1999. The Pod Racing game was alright, but I’ve never been t a huge fan of racing games. I would later buy Super Mario 64 (and collect all 120 stars, like a boss), Pokemon Stadium 1, Pokemon Stadium 2, and WWF Wrestlemania 2000. I don’t remember buying any other games, but I definitely remember playing a few of other games with my neighbors and friends. They would bring over their fancy rumble paks and we would play the Mario Party and Mario Kart games. I played a lot of Super Mario 64, but I probably played more Pokemon Stadium with my Transfer Paks. 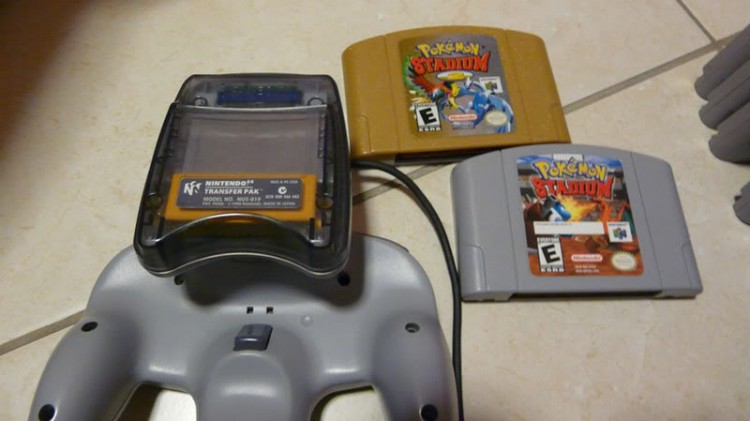 Around the early 2000s I got a job delivering newspapers. Of course, I used that money for more video game stuff! I bought a Game Boy Advance, upgraded that to a Game Boy Advance SP, Super Nintendo, and Nintendo Gamecube. You read that right, I went back a generation and bought a Super Nintendo! It was the slim Super Nintendo model, and was on sale for $50 when I got it. The Super Nintendo had a ton of awesome games. Super Mario RPG: Legend of the 7 Stars was definitely one of my favorite Nintendo games of all times! I used the Game Boy Advance to play more Pokemon games, but I also used it to play some of the older Final Fantasy games when I got into that series. Yes, I used the Gamecube to play Pokemon Colosseum, but I probably used it more to play the Resident Evil series when I became interested in that. I played Resident Evil 0 – 4 all on my Gamecube! The Resident Evil 1 remake looked incredible. Now they’re remaking the remake for current systems and PC! 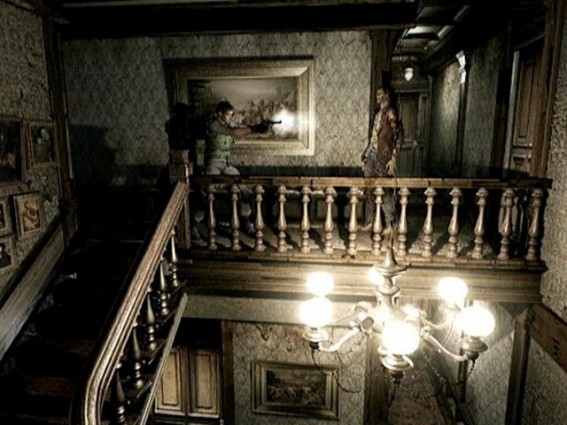 I wasn’t able to study and keep my newspaper job as I went into high school, which meant no money was flowing in. I ended up selling a lot of my older consoles and games to buy newer ones. I pretty much skipped the Wii and was very late to the Nintendo DS party. When I finally got a DS, you bet your ass I played Pokemon Diamond, Platinum, Heart Gold, White, Black 2, and White 2.

When the Wii U made its releases, I figured I’d buy it on launch since I was working with IGN at the time writing strategy guides. It’s best to have all consoles on hand so you can work on any game at a moment’s notice. A single job would pay for an entire console anyways. I haven’t used the Wii U very much since I bought it. I played ZombiU around the time I bought the console, which is a terrific Zombie game in my opinion. I also used its backwards compatibility to play Pokemon Battle Revolution since I skipped the Wii generation. If I ever get around to playing the Zelda series, I may use the Wii U to play that. I’ve also been thinking about getting Super Mario Land on the Wii U’s virtual console, but I had already bought and played it on the Super Nintendo and Game Boy Advance. I used the virtual console system to play a Kirby game that I got from Club Nintendo. Which reminds me, I did play a little Kirby on the original Game Boy, and a Kirby Crystal Shards game on the Nintendo 64. That was a terrific game, too! 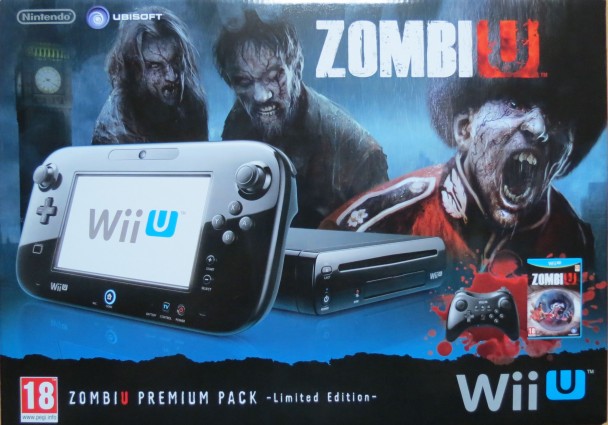 Earlier this year I decided to spend quite a bit of money on the older Nintendo systems and Pokemon games. I went to eBay and rebought the Nintendo 64, Gamecube, Gameboy Advance (to connect to the Gamecube), and a handful of Pokemon games. I used the older Pokemon games to transfer Pokemon from Emerald all the way to X, which is what helped me capture all 718 Pokemon! My sister bought the original Nintendo Entertainment System with Super Mario Bros. and Duck Hunt, but I don’t really play it since I have a 3DS with most of the old Super Mario Bros. games on the virtual console.

That’s pretty much my entire history with the Nintendo brand. I mainly played Mario and Pokemon, but Nintendo also helped me jump into the Resident Evil and Final Fantasy series. I hope Nintendo goes a little stronger in the future. We need a much better successor to the Wii U with a stronger line up of games. Nintendo is really the only console and handheld I can stand strongly behind at this time. Most games that I’m interested in that release on the Xbox or PlayStation consoles also release on PC, and I’m a PC fan more than a console fan. It would be pretty awesome if Nintendo released a number of games on Steam, but I know that’s just a pipe dream.