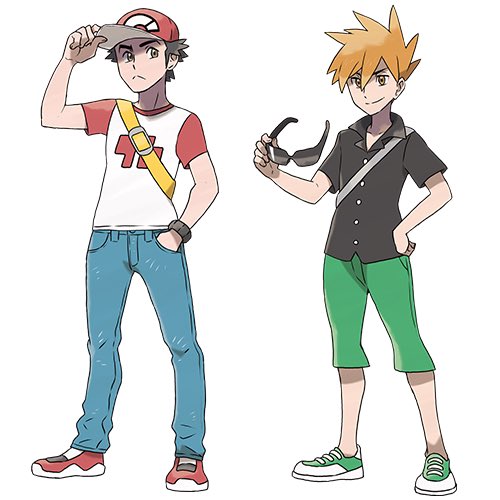 It’s time to move forward with my Red Cosplay!

Trainer Red from the Pokemon series might be the cosplay I love to do the most. I’m a huge Pokemon fan, and Red was always without a doubt the greatest Trainer.

So far I’ve cosplayed as the game version and the manga version of Red. I’ve thought about doing the alternate version found in Fire Red, Leaf Green, and Pokemon Origins, but have yet to do that at this time. Instead, I decided to move forward to the Pokemon Sun and Moon version.

Red has appeared in Pokemon Gold, Silver, Heart Gold, and Soul Silver, but those were the two game versions I had mentioned before. He returned a third time in Pokemon Sun and Moon, but aged quite a bit since those games.

I decided to buy a few items including a Z-Ring, an official Pokemon Sun and Moon hat from Snapback, and an awesome looking T-Shirt from etsy. I’m not too sure if I should get the same backpack or a new pair of shoes. The backpack would probably be most useful since I carry a camera and some other things around during conventions.

I haven’t received everything at this time, which is why this is just a cosplans blog instead of a cosplay blog, but I’ll be sure to update everyone when it comes together. I hope to cosplay this version of Red at Fanime this year!