The Pokemon Adventures Manga is a great value, but there are some mis-steps in this box set. Here’s a quick review.

The box set also includes a special collectible poster with the same art work as the first volume’s cover. However, this poster is a barely over 6 inches by 9.75 inches. I honestly wouldn’t call it a poster, but it’s advertised as a poster. 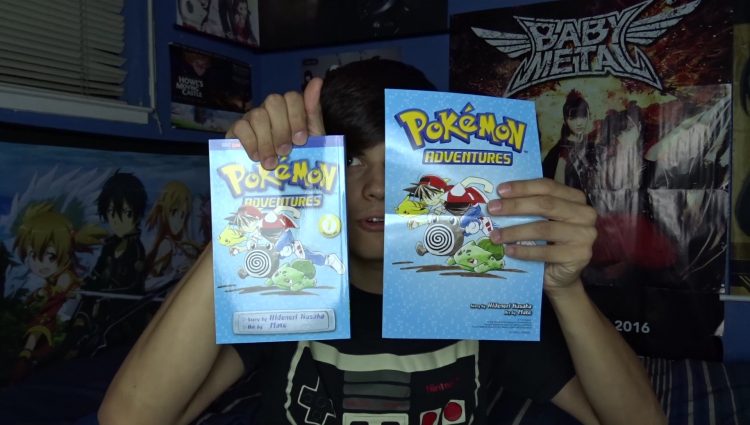 Like most manga, the Pokemon Adventures volumes are read from right to left. Most of the pages are numbered, and there are chapters listed at the front of each volume. 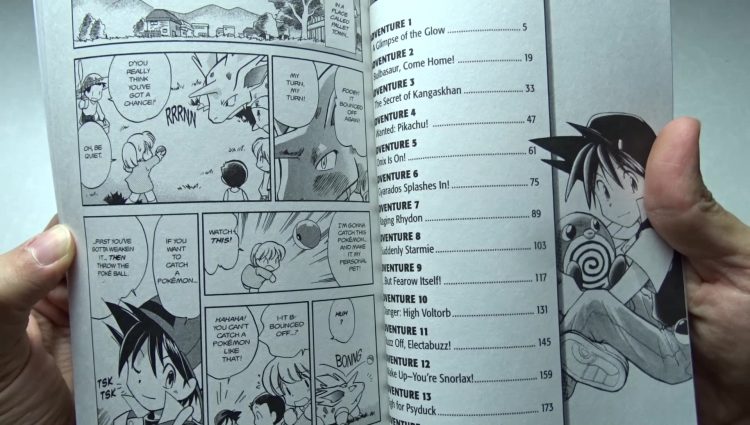 One of the main issues I have with the English release of Pokemon Adventures is the naming of the characters. The main character’s name is always Red, but the rival’s name changes between Japan and the west. In Japan, the main character’s rival is Professor Oak’s grandson, Green. In the west, they renamed the character to Blue. This is to align with the video game releases. Pokemon was originally released in Japan with the Red and Green versions. The Blue version was released two years later around the time the Red and Blue versions were released in the west. The west never got a Green version. They did this same naming scheme with Pokemon Origins. If it stopped there, that wouldn’t be much of a problem. However, Pokemon Adventures includes a third female character. This character’s name is Blue in Japan, so they switched her name to Green in the west. It can cause some confusion at times. 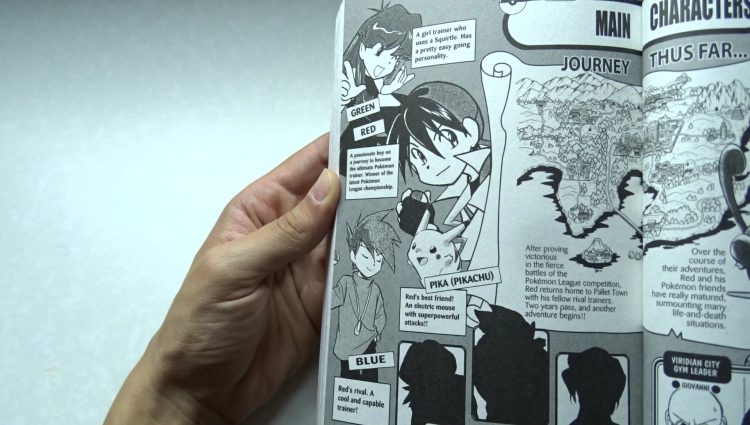 Another noteworthy change is an infamous example of censorship in Pokemon Adventures. In one chapter, Blue was hiding a pair of Pokeballs behind her shirt. They release a Clefairy and Jigglypuff on her opponent. They completely removed that part from the English version.

Interestingly enough, they kept some of the more gruesome pictures of Red and Green fighting zombie Pokemon in the Pokemon Tower. This kept the Manga rating A for All Ages. Violence and gore is okay, but a pair of Pokeballs behind a shirt are a no no. 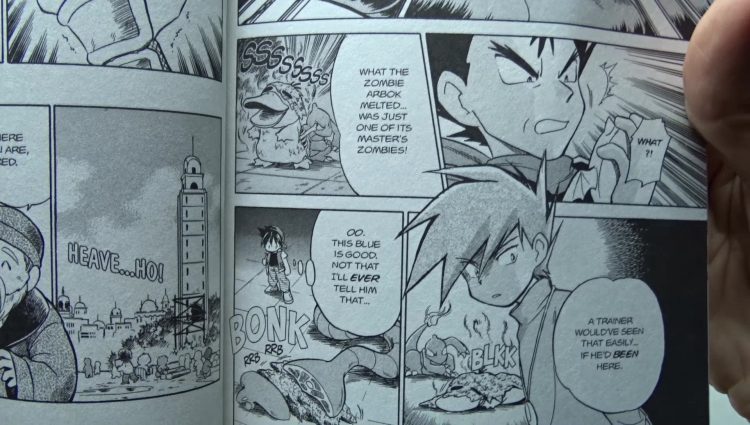 Even with these changes, I would highly recommend the manga to all Pokemon fans. It includes a completely new story you wouldn’t expect with both new and familiar characters. The first three volumes are its own story with Red, Blue, and Green. The last four volumes are a different story set a few years later that focuses on Yellow.

If you’d like to buy this box set, you can grab it off of Amazon. Use the link below and I’ll get a small cut of the final price. It won’t cost you a penny extra. The money will be used to power my website and YouTube channels.