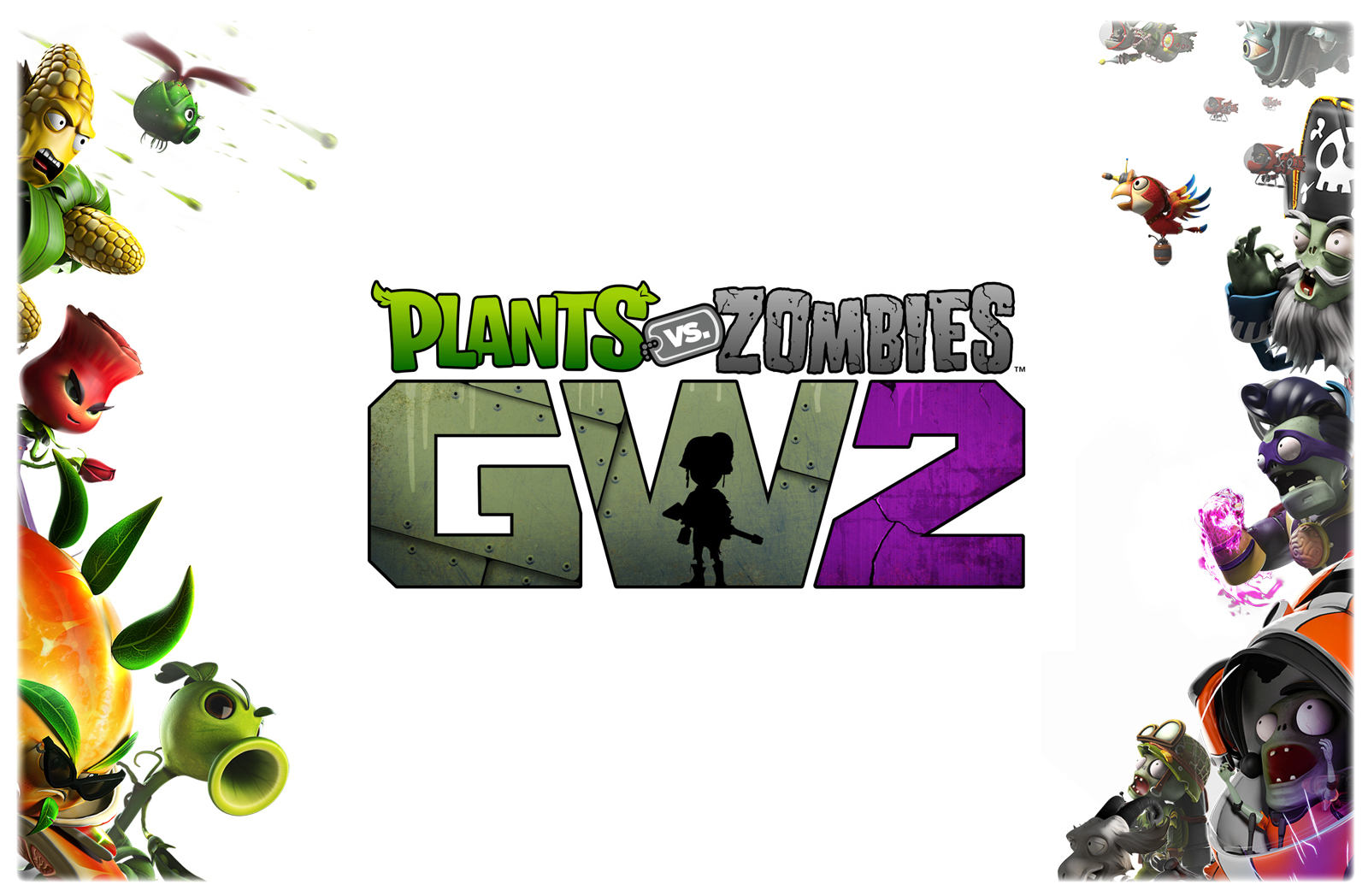 The sequel to the 2014 third person shooter has arrived, but does it outperform the first? Here’s my Plants vs Zombies Garden Warfare 2 review.

Plants vs Zombies: Garden Warfare 2 takes the original formula from the first game and adds even more content. Some of the new content is great, while other additions are a little questionable.

The first thing everyone will notice is the new Backyard Battleground. Every time you start up the game, you will begin in this small world divided in half by plants and zombies. You must then interact with various objects at the plant base or the zombie base to play the different game modes. 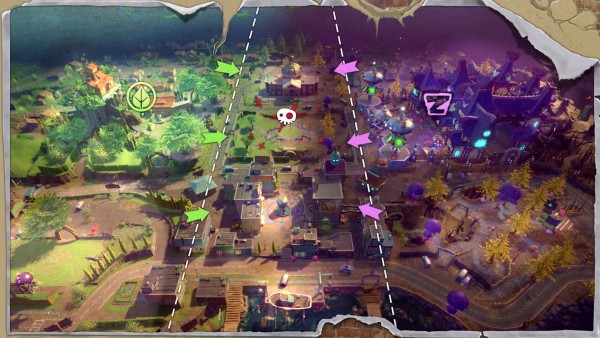 Some might get bored by this new layout, and miss the old days of navigating through menus, but I find this a lot more pleasing. It allows you to fully live in a Plants vs Zombies world, and there are plenty of secrets to find throughout the Backyard Battleground. Although, some of the secrets, like 54 Garden Gnome collectibles and 50 Snow Globe collectibles, aren’t all that great. 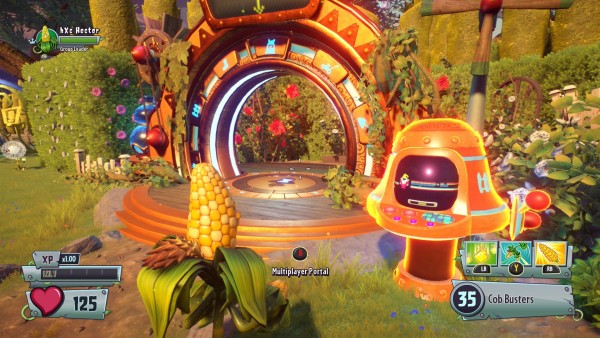 Furthermore, the game has added a bit of a single player story mode for both Team Plants and Team Zombies. There are seventeen missions at the Plant base and Zombie base (34 total), but a number of missions are just defense games, like the Ops game modes — more on that later. After you clear all the missions, you will be able to play a new defense mode where you take control of a big, robotic cat (Zombie side) or dinosaur (plant side). There isn’t much of a story throughout these missions, just a little comedy, but you do open up new areas in the Backyard Battleground. 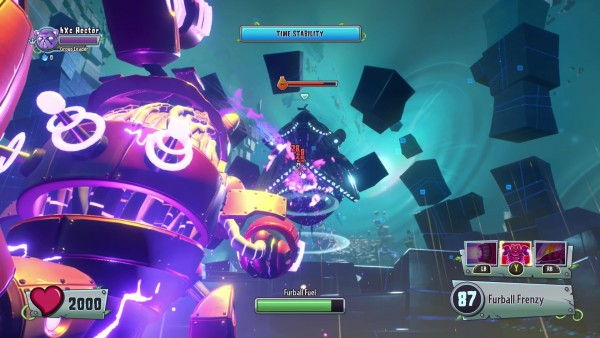 You can choose from seven different Plants or seven different Zombies in every single game mode. Each has their own set of abilities and weapons. The original eight Plants and Zombies return from the first game, and a new set of six (three for each team) have been added to this sequel. In my honest opinion, I feel like some of these new character are a bit overpowered compared to the original eight. The Imp is balanced because it is incredibly weak but can call in a super powered mech after a long time frame. However, characters like Captain Deadbeard, who has both a shotgun and a rifle-like weapon, an airstrike ability, and two explosive abilities, seems incredibly overpowered by comparison. 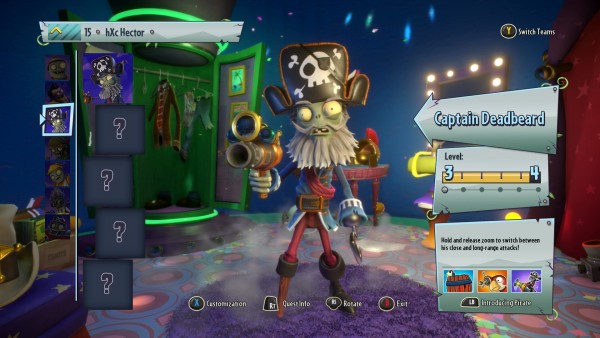 The way characters level up has been slightly altered. In the past, short objectives had to be completed in order to reach the next level. This time around you only have to earn XP and reach Level 10 to find yourself at the max level. You can then “promote” a character up to five times, giving you a total of 50 levels. Character upgrades, such as increased speed, increased health regeneration, and more, can then be unlocked at set levels and promotions instead of through sticker packs. This is a fantastic fix to the older system where you had to buy sticker packs and hope to upgrade a character you actually use. 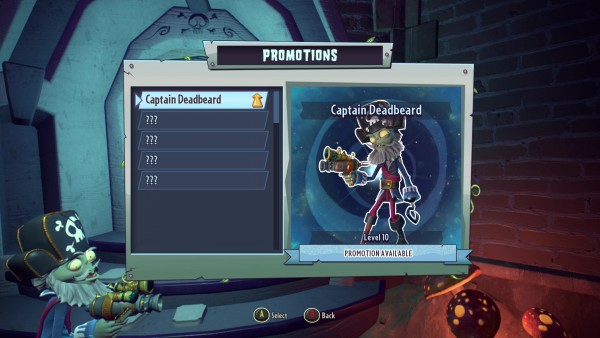 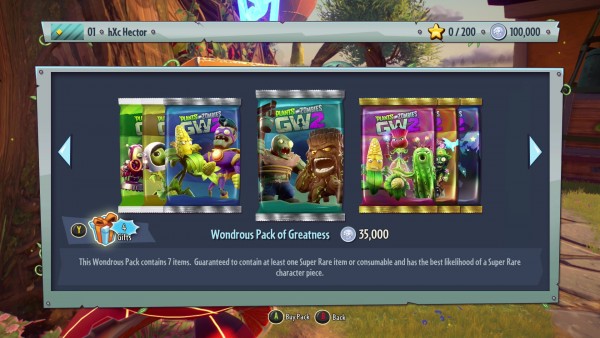 The short objectives were removed from leveling up characters, but they’re still in the game in the form of quests. Interact with the quest board to find fifteen different quests, five under plants, five under zombies, and five under multiplayer. These were originally supposed to refresh once a day, but they changed it to once every two days shortly after launch. Complete these quests to earn stars and coins. Stars are used to open chests around the backyard battleground and put up different decorations at each base. 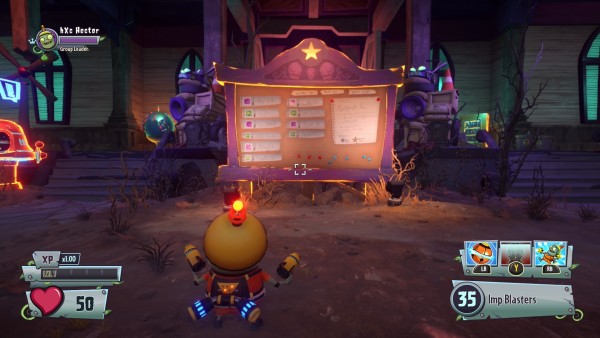 When it comes to the actual gameplay, Plants vs Zombies: Garden Warfare 2 fully rounds out their game modes from the first entry. All the game modes from the original Garden Warfare return, along with the game modes from the DLC. This include Team Vanquish, Suburbination, Gnome Bomb, Vanquish Confirmed, and Turf Takeover, which is Gardens and Graveyards and a new game mode. Players may remember the Garden and Graveyards mode where zombies fight to claim several plant bases, one after another. Now there is Herbal Assault in addition to Garden and Graveyards. This time plants fight to claim several zombie bases. Additionally, a new Graveyard Ops defense mode was added to balance out the original Garden Ops. In Garden Ops, four plants defend a garden against ten waves of zombies. In Graveyard Ops, four zombies defend a graveyard against ten waves of plants. 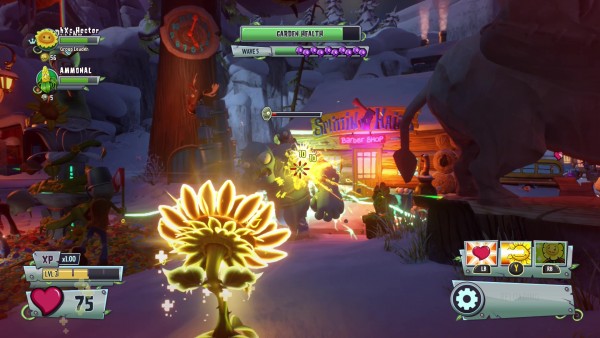 The best thing about the entire game is the ability to play with and against AI plants and zombies. This is no longer a multiplayer-only game. You can now play every multiplayer and Ops game mode with real players or with AI players, and you can set the difficulty on all modes. You can even set what sort of plants or zombies fight in the multiplayer game modes.

Plants vs Zombies: Garden Warfare 2 adds a ton of new content at the backyard battleground, changes up a few core mechanics, and evens out the game modes for team plants and team zombies. This game will keep you entertained much longer than the original, and it will include free DLC in the future! I highly recommend this game to fans of shooters and plants vs zombies. If you enjoyed the original Garden Warfare, you’ll love the sequel.