Persona 4 The Animation Collector’s Edition is a re-release of the anime with a few goodies. Is it worth the price?

Persona 4 The Animation originally released on Blu Ray and DVD back in 2012. However, there were some sort of licensing issues back then. The DVD version contained both English and Japanese audio, but the Blu Ray version only had English audio. A lot of people didn’t buy the Blu Ray version because of that. 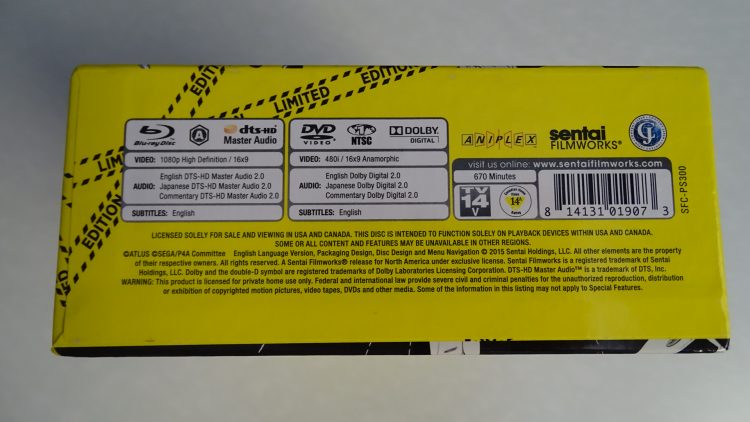 There are four Blu Ray discs and six DVDs in each box. The boxes have slightly different art work on the front and insides. 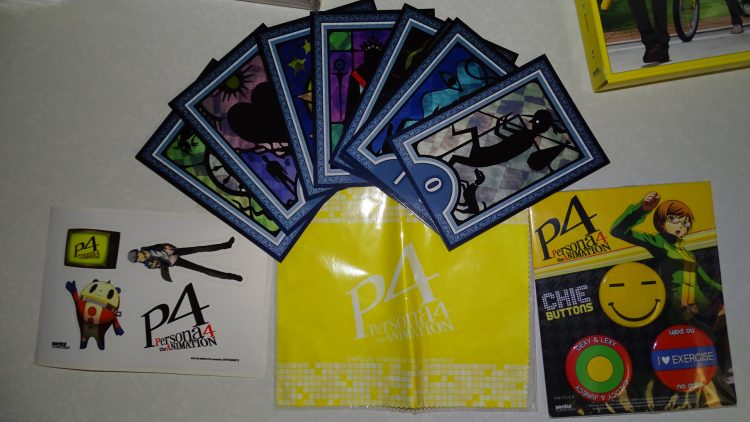 Now for the final judgment: is this box set worth buying? If this were just another option in addition to DVDs or Blu Rays with the three audio options, I’d probably say the extra items don’t make up for the price, and nobody needs both DVDs and Blu Rays. However, since this set seems to be the only set with all three audio options for the Blu Rays, then I recommend buying this Collector’s Edition. You can buy it off of Amazon using the link below. If you use my link, I’ll get a small kickback. It won’t cost you anything extra! This will just help keep my website running.

Remember, this is just a review / unboxing of the Persona 4 The Animation Collector’s Edition. You can see my review of the show here.