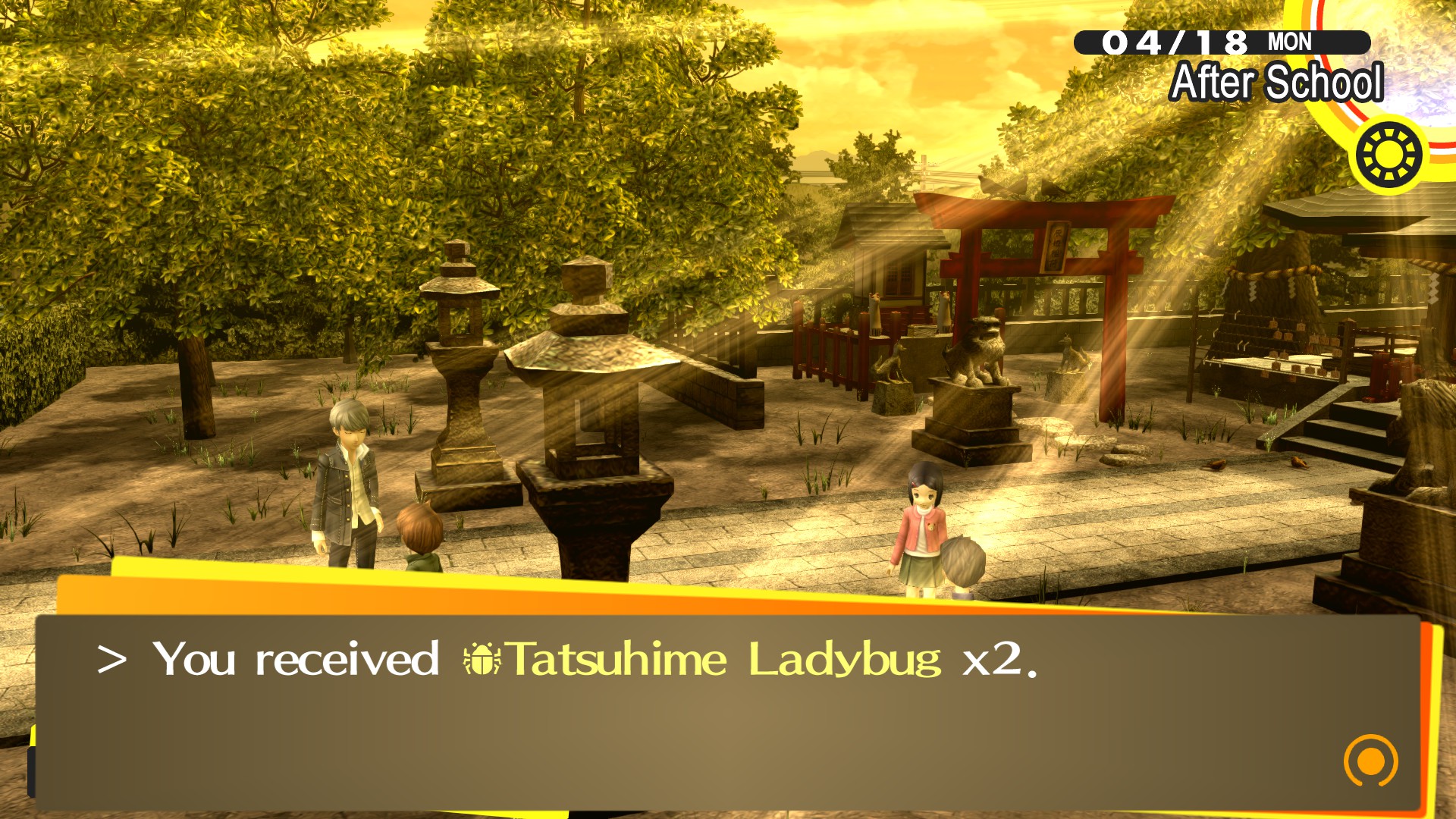 In order to catch bugs, you must first get the Bug Catching Net. If you visit the Shrine and talk to the boy there, you will learn the boy recently lost his Bug Catching Net. Return to the Shrine at night sometime after early June to find a woman in white. She will ask for a Goldfish at first. If you don’t have it, she will then ask if you knew a Bug Catching Net was on the roof of the shrine. Answer “Yes” to obtain the net!

Now that you have the net, you can catch bugs! Return to the Shrine during the day. Examine the area under the shaded trees during day time while it’s not raining to play a short bug catching mini-game. Wait until a “!” pops above the character’s head before pressing X. As a reward for swinging perfectly, not only do you get the Bug Hunter trophy, but you’ll get an extra 2 bugs. Reading the books ‘Catching Bugs’ and ‘World Class Bugs’ will allow you to catch more bugs or rarer species of bugs.