Persona 3 the Movie 4 Limited Edition Blu Ray rounds out the four part series of the Persona 3 movies. See what’s inside.

The Limited Edition set for Persona 3 The Movie #4 Winter of Rebirth comes with a number of collectibles, just like the other three sets and more. 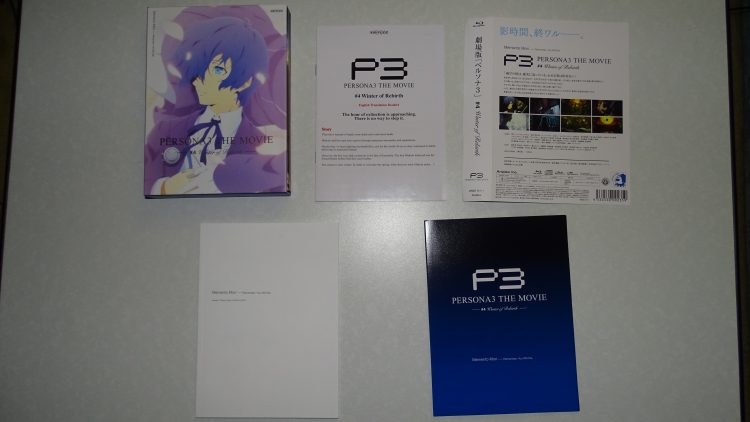 This set includes the movie on Blu Ray (or DVD) and a 10 track audio CD. They are set in a plastic case with some movie artwork on the back side. Most of the songs on the soundtrack CD are just background tracks and arranged versions of background tracks, but one is the main theme to this movie. They are:

The set also includes a small, forty-four page booklet inside of the cardboard case. The booklet has character artwork, setting artwork, rough sketches, soundtrack info, free talk with cast and crew, and more. In the past, the roundtable with the cast and the comic strip were only in Japanese. This time around there’s a separate booklet with an English translation.

The large, folded blue card that comes with the set holds a large sketch of the main character on a white card and a film strip. The past sets had small stickers, but this set just includes that one large sketch.

There are also three promotional “cards” that are as big as the booklet and box. They’re not really as thick as post cards, but they’re not paper thin either. It may have the same artwork as the movie posters. 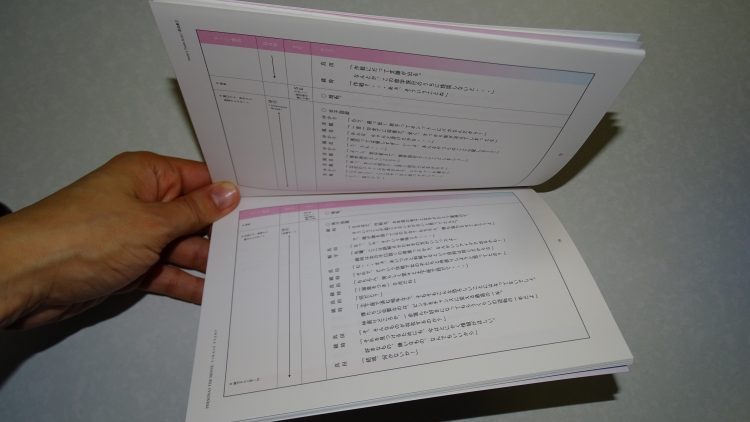 And that’s everything that comes with the Persona 3 The Movie 4 Winter of Rebirth Limited Edition Blu Ray set. It is an okay set for the price. If you want to buy a copy for yourself, grab it from one of the Amazon links below. If you use these links I’ll get a small kickback that won’t cost you anything! It will help keep my site and YouTube channels running.