I’ve been a partner with the TGN YouTube Network for some time now. Here’s my opinion on it, and if you should join.

About two years ago — maybe more since I lost track already — I joined the TGN YouTube Network. Their main website is TGN.tv, although their site isn’t THAT different from many other YouTube networks out there. But I will give a weird side note. I don’t get their logo. It looks like they ripped it off from The Verge. There’s no V in TGN, and they don’t always promote the .tv part.

They have a number of services, like allowing you to open up a spreadshirt shop, helping with optimizing your video metadata, find partners to collaborate with, and more. But the answer everyone is looking for is should I join the TGN YouTube Network? If you want a long detailed answer, go over to the TGN Orientation Guide.

The quick answer to the question is if you can answer another quick question. Do you upload a lot of gameplay videos on YouTube? If you said yes, then I suggest joining the TGN YouTube Network. Why? TGN is partnered with many video game developers and publishers and allows you to monetize almost all video game content without any trouble. Before I joined, I had many gameplay videos, and even strategy guide videos with gameplay in them, unmonetized because I didn’t have rights to their content. I tried to fight it since YouTube said we can upload gameplay if they’re walkthroughs, but they said YouTube has the final say. Once I joined TGN, I was able to monetize almost everything. Of course, there are still some Nintendo games and a few others (such as The Last of Us) that don’t allow gamers to monetize their videos. 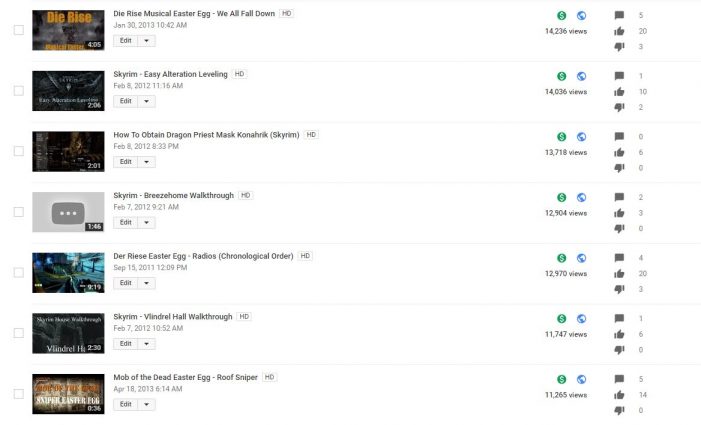 However, joining TGN isn’t all rainbows and sunshine. If you’re a small YouTube channel, they will take 40% of your revenue. As you grow, they will take less by 10%, but it still kind of sucks. An upside to that is they pay you exactly what you earn every month through PayPal. If you stick with Google, you have to wait until you reach a total of $100 before you get paid.

TGN claims to be the second largest gaming network on YouTube, and I can see that in terms of size. However, the quality isn’t exactly top notch. They allow almost anyone to join, and I’ve seen some very small and very bad channels out there. I’ve even seen channels with copyrighted content up. They say TGN is all about gamers, not just people who play games, and I’ve seen some stuff that counters this claim. It’s probably because TGN allows anyone to sign up to be a recruiter, and those people get paid to recruit “gamers” around YouTube. 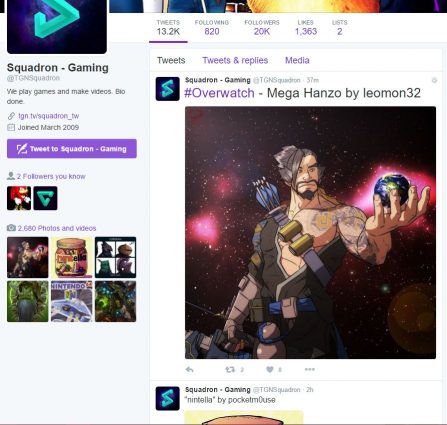 You can also “promote” your video by adding the TGN logos all over it and asking to upload it to the main TGN YouTube channel. You can see hundreds of thousands of hits on a video, but then you check the original uploader’s channel and see only a few hundred or a thousand hits per video. I think that’s a terrible way to promote people’s channels, and I never partake in that. 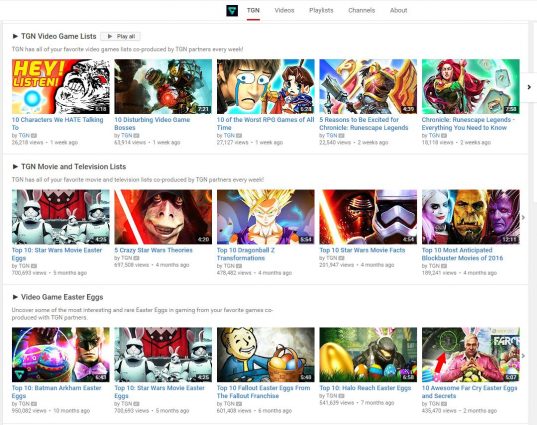 The network also merged with Visio and created some Visio Catalyst sort of hub. This is where you go to fix your video metadata. It’s really helpful when choosing titles and tags for your videos, and will help increase search results.

You can also find partners to collaborate with in another section of the site. Though a lot of people offer services for intros and artwork. For some reason, messaging doesn’t go on within that hub. They get sent through email, and some people don’t check their emails! There used to be a forum, but it was shut down in summer 2015. Another downside to that collaboration section is they don’t allow you to choose some parts that show up on your channel description. I used to have a lot of Hatsune Miku videos, which I recently deleted because they didn’t really help my channel, so my channel said Hatsune Miku in the topics even though I was looking for general gaming partners and Pokemon fans. 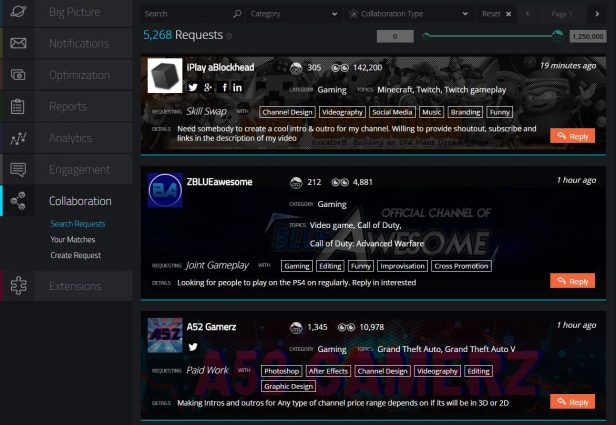 My channel has grown quite a bit since I joined TGN, but not incredibly. I’ve only reached about 1200 subs over the past five years of being on YouTube and putting out a lot of gaming content, and my recent videos MIGHT only get 100 views or so. My strategy guide videos are the ones that do the best.

So I hope this break down helped you figure out if you want to join TGN. There are many gaming network out there, and I’ve heard various good and bad things. TGN has some ups and some downs, but I don’t think they’re crooked or scammers like many YouTube networks out there. And if you want more gaming content, please subscribe to my Gaming YouTube channel!

In early 2018 or late 2017, TGN removed me from their partnership program without a word as to why. All my videos were demonitized, but at this point YouTube has allowed a number of gaming videos to be monetized without the help of an MCN. I’m making more money now than I did with them, and they never really helped me grow. Final review: do not partner with TGN at this time. It’s not worth it.