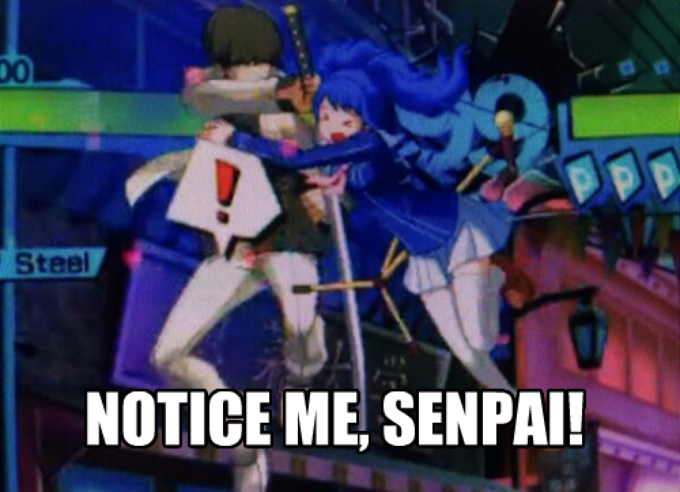 You’ve seen these all around the internet. Want to know more about the Notice Me Senpai meme?

Senpai Notice Me, also known as I Hope Senpai Will Notice Me and similar alternatives, is a phrase in many anime TV shows and manga. It is commonly said by a younger girl who hopes an older boy will notice her romantically — or some times at all. The term “Senpai” is normally used between characters at a school. For example: A 2nd year high school kid will be a senpai to a 1st year high school kid. A person who is a mentor in sports or select careers is usually considered a Senpai, as well.

The meme began circulating back in 2012. It isn’t exactly original since the phrase has been stated in various anime and manga, but the meme can be used on images of real people or creatures. Sometimes big eyes, blush, and other anime-related tropes are added to the image.

An alternate form of the meme is “Senpai Noticed Me.” It shows what happens when a Senpai finally noticed someone….or something. Examples can be found below, along with a Senpai in the process of noticing.