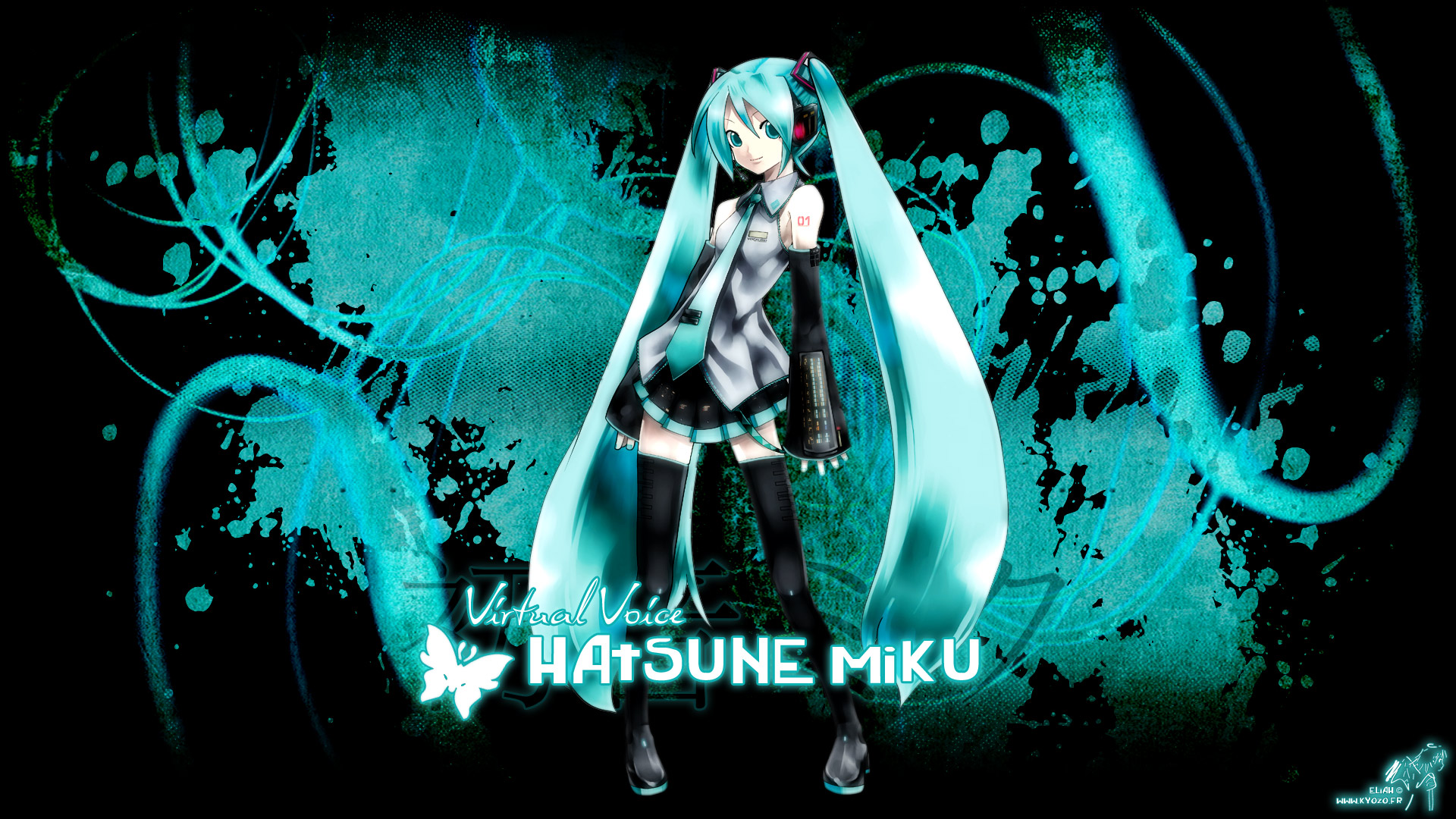 My Opinion on Vocaloids

I recently got into this vocaloid nonsense. So, naturally, I had to give my opinion on it!

Before I start, let me say I couldn’t find the original source for the image at the top of the page. It’s a fantastic wallpaper. I just had to use it!

I’ve been hearing a lot about this Hatsune Miku character and video games for some time now, but I hadn’t played any of the games until recently. The very first time I saw Hatsune Miku was from a concert in Tokyo during 2010. I couldn’t believe people payed to go to a concert to see an anime character. I didn’t know anything about this vocaloid stuff, so I probably would have been even more upset since the voice was fake, too! Don’t get me wrong, it may be fun to go to any concert with friends if you can rock out, but the other circumstances were a little sketchy to me. Don’t worry, I have some favorable stuff to say in a bit. I believe the video below is of the same concert I mentioned.

While looking for games for my PS Vita last year, I crossed paths with Hatsune Miku again. It was a Japanese only release, but PS Vitas are not region locked. That means I could simply import the game from Japan (at a higher price) and play it on my own Vita. The game will still be in Japanese, but it’s a simple rhythm game where you press buttons to the beat. Well, the price was pretty steep for a simple rhythm game. I held off until I saw the PS3 would be getting the same game in the US at the end of August of this year. On top of that, a free demo was made available on PSN! I downloaded the demo and fell in love with two of the three songs. Now I plan on buying it when it releases. Or maybe I’ll ask for the Japanese vita version for my birthday. Below is one of the great songs from the Hatsune Miku Project Diva F demo. It’s not even really a pop song, it’s an awesome rock song.

I decided to look further into Hatsune Miku and what vocaloid was. My very first reaction was the singer must be ugly, and Japan loves anime, so they just put her voice on the character. Then I mixed up Hatsune Miku with another Japanese pop-star, Aimi Eguchi. I thought Hatsune Miku was a number of singer’s voices that were mixed together to create one voice. When I looked into it, I realized that it was just a computer program that did all the singing, and they made the program available to people around the world to create their own songs in different languages.

So, what’s my opinion on vocaloids? All together, I think vocaloids are great. With vocaloids, someone is still making the music and lyrics. Now those who make the songs have their name next to this high profile character like Hatsune Miku. People have been making the lyrics and music for these cash cow pop stars for so long with no recognition. On top of that, the pop stars end up getting giant heads, become huge assholes, start doing crazy shit, or we have to deal with the bullshit drama that people spread around on Twitter or Facebook. I don’t want to hear about it! They’re just attention whores that are acting out. Kanye West, Lady Gaga, Miley Cyrus, Brittany Spears, etc. Below is a video called Kids React to Hatsune Miku. Some of the kids make the same points I made. One kid even said “Take Hannah Montana [Miley Cyrus]. She was great, then she started acting like a hooker.” I also started reading up on what Japanese Idols and the shit they have to go through. They’re supposed to be pure without any boyfriends what so ever. What?! And having a boyfriend could completely ruin their careers? All that is crazy.

You may ask, “what about real singers?” That’s where I think vocaloids can shine. Since anyone can create their own songs, they can then share them with an regular singers (not cash cow pop star) and they can share their performance online through their own website or YouTube. It’s like a new way of doing things in the 21st century. Hopefully we can highlight real singers with talent, and not performers who do crazy shit and drama to get attention.

I’m throwing it out to my readers now. What do you think about these Vocaloids?