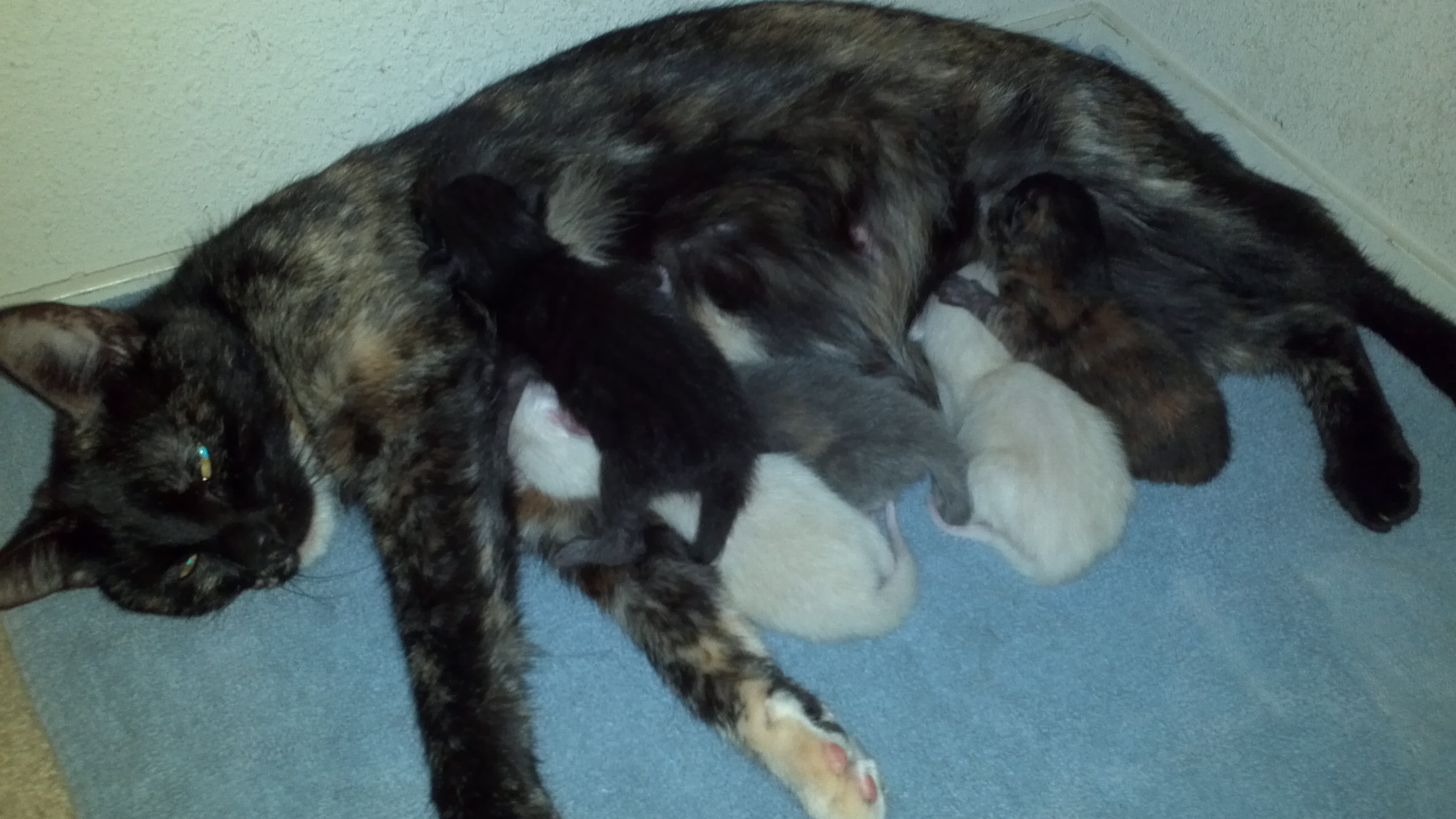 My cat, Mr. Kitty, had her second litter of kittens since we found her. For those who don’t know, she was a stray that was starved to near death. I took her in and took great care of her. Because of that, she took quite a liking to me :). I know what some of you say, “Feed a cat and they’ll never leave you alone.” This isn’t true! I’ve fed many other cats in the past and never saw them again. What can I say? I’m a huge animal lover.

Anyways, she already had one litter last year. I wanted to spay her, but we didn’t have the money. Then I found out someone (my sister) let her out one night by accident. My cat has sort of a love affair with the male cat across the street. Salem, one of the kittens I kept from the last litter, looks exactly like the father from across the street. Needless to say, she got pregnant. Well on March 14-15 (it was late at night) she had her babies! The two kittens we still have didn’t seem to take kindly to me throwing them out that night. She had them in my room and they usually sleep in here. Once they were born, they would stare at them from the corner of the room. Mr. Whiskers, the other kitten, even hissed at Mr. Kitty!

Now, on to the kittens! Six of them were born, but one died. It looks like it was an orange one. I tried all I could do to save it, but nothing worked! It seemed to have died almost right after it was born. The survivors were two whites, a grey, a black, and a calico.