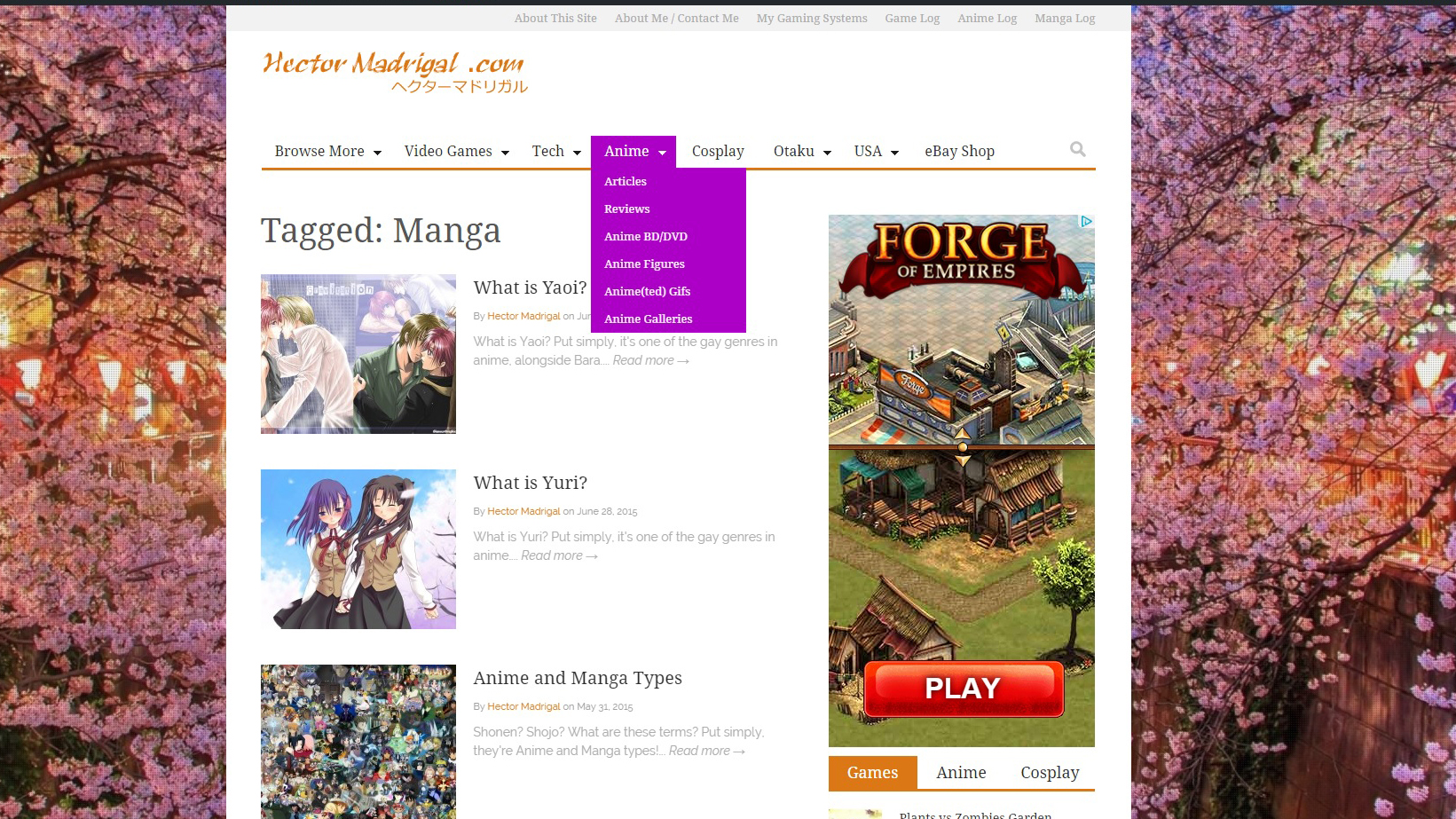 Long time readers of my website may have noticed new categories under the anime section. Since I do a number of product reviews, I decided to add sections for Anime DVD and Blu Rays (BD) unboxings and reviews, anime figures, and anime galleries.

In the past I grouped all of these posts into the Otaku Product Reviews section. There are still a few things that fit in the Otaku Articles and Otaku Product Review sections that wouldn’t really fit anywhere else, but I would like to get rid of them. With that being said, these new anime sections are still a bit vague for hardcore Otaku. For example, the anime galleries section has galleries from visual novels and vocaloids. That’s not anime, but the majority of people in the west would group them together since they all have a similar style. Same goes with anime figures. I could have a manga, vocaloid, or some other video game figure, but I add it all to the anime figure section. I do this for several reasons. I don’t want to have a category with only a few posts, and people are more likely to search for “Anime Figures” instead of “Vocaloid Figures” or “Manga Figures.” I still use different tags like “PVC Figures” or “Figma” to separate them further.

I would like to get rid of the Otaku section and flesh out the posts a bit further, but my BABYMETAL posts are filling that section, but I suppose I could create a music section instead. I’ll think about that. Also, I don’t think I have enough content for a Manga, Vocaloid, or Visual Novel section. For now, they’ll remain tags. If they get really big, I’ll add new categories and switch up the navigation a bit.

I’m currently trying to add a Music category and a Figures category under Otaku instead of Anime Figures under anime. It’s more of an Otaku thing anyways. I’m trying to make this accurate and search engine friendly. Things are still under construction!