This limited edition set of BABYMETAL Live at Budokan is packed with a number of rare goodies. See what’s inside the DVD and Blu Ray sets.

Exactly two years ago today, BABYMETAL performed at the legendary Nippon Budokan. I’ve already reviewed the shows on my BABYMETAL Live at Budokan Review, so I won’t be reviewing the actual concert here. Instead, I’ll be unboxing and reviewing these rare sets. I recently went on a quest to get some of the rarest and most awesome Limited Edition BABYMETAL merchandise. This was third on the list, The BABYMETAL Live at Budokan “Budo-Can” The One Limited Edition sets. These were only available to the 2015 “The One” Members at A!SMART. There is a DVD set and a Blu Ray set. They’re mostly the same, but there are a few small differences.

Both sets come in cardboard boxes. The front of the box has the name of this box set and the logo used on the Budokan stage. The DVD set will say DVD on the front, and the Blu Ray set will say Blu Ray. 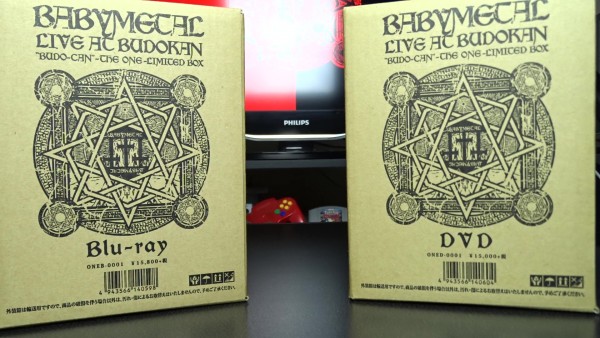 Inside the box is a large tin can that has the Red Night logo on one side and the Black Night logo on the other. In between the logos are fancy looking letters that read BABYMETAL LIVE AT BUDOKAN. The tin can is just under 21cm tall.

The CD version of Red Night has been available to everyone everywhere. However, the CD version of Black Night is only available in this limited edition set. Unfortunately, it doesn’t include all the songs that were performed at the concert for some unusual reason. The tracklist includes: 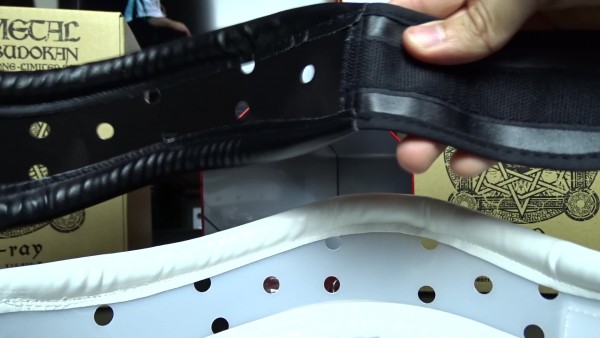 The three key chains that are included are small red coffins (7.5cm tall) with a fox mask on the front. These are made out of PVC, and are really soft to the touch. The chain at the end is short, but the clamp is very tough to get open. It will secure very well to your key chain, phone, or whatever you want! Each coffin has the signature of one of the three girls in the group.

And that’s all for this product review. You can see a thorough visual breakdown in the video at the top of this page. Again, if you’re interested in seeing a review of the concerts themselves, see my BABYMETAL Live at Budokan Review.