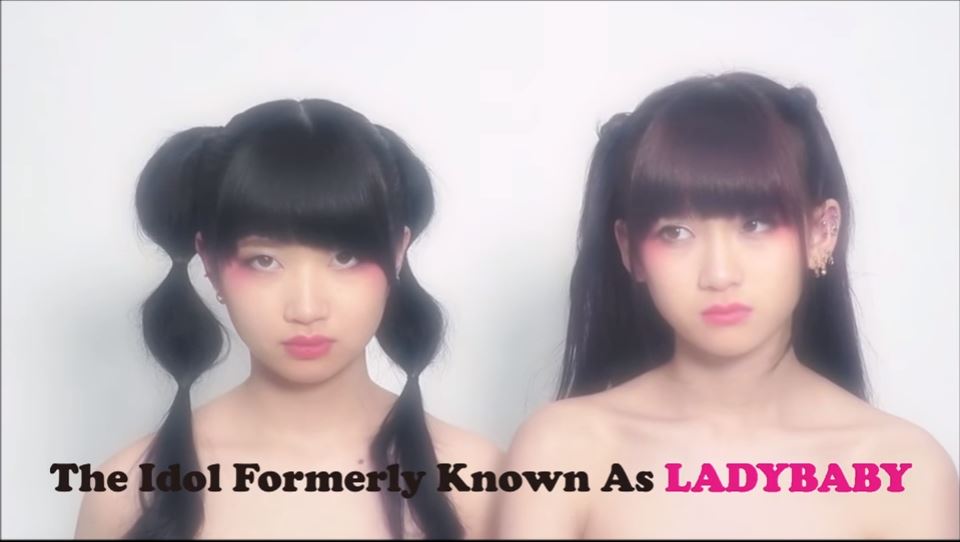 Ladybeard leaves LADYBABY, and the group renames itself!

For those that don’t know, LADYBABY is a metal / Japanese idol fusion band. They released their first single, Nippon Manju, nearly a year ago on YouTube. The video is currently at over 16 million views.

A few days ago Ladybeard announced he would no longer be part of the group, without much explanation as to why, and a video released on their official YouTube channel showing the two former idols saying they are moving on as “The Idol Formerly Known as LADYBABY.”

I think this is a bad move in a number of ways, even if Ladybeard wanted to leave on his own. The group is only about a year old, and it was called LADYBABY to play off of Ladybeard. They should have renamed the group all together instead of playing off of Prince’s “The Artist Formerly Known as Prince.” Prince used that name for awhile because of the feelings he had with the music industry and his own record label.

If The Idol Formerly Known as LADYBABY do continue a metal/jpop fusion, they’ll need another male metal front to perform the same songs they’ve already created. If it’s just another jpop group, they can’t expect to go far in or out of Japan.

Honestly, most will say Ladybeard was the thing that brought attention to LADYBABY. The music is what keeps the audience. We’ll have to wait and see what comes from this, but I’m going to predict a short life span for The Idol Formerly Known as LADYBABY.

Additionally, the LADYBABY YouTube channel released a promo video of an upcoming Live DVD and album. Both are set to release on September 14th, 2016.

The album has a total of eight songs, but the live DVD has nine songs. There is a small encore on the live DVD, but they preform three songs they had already performed earlier that night.