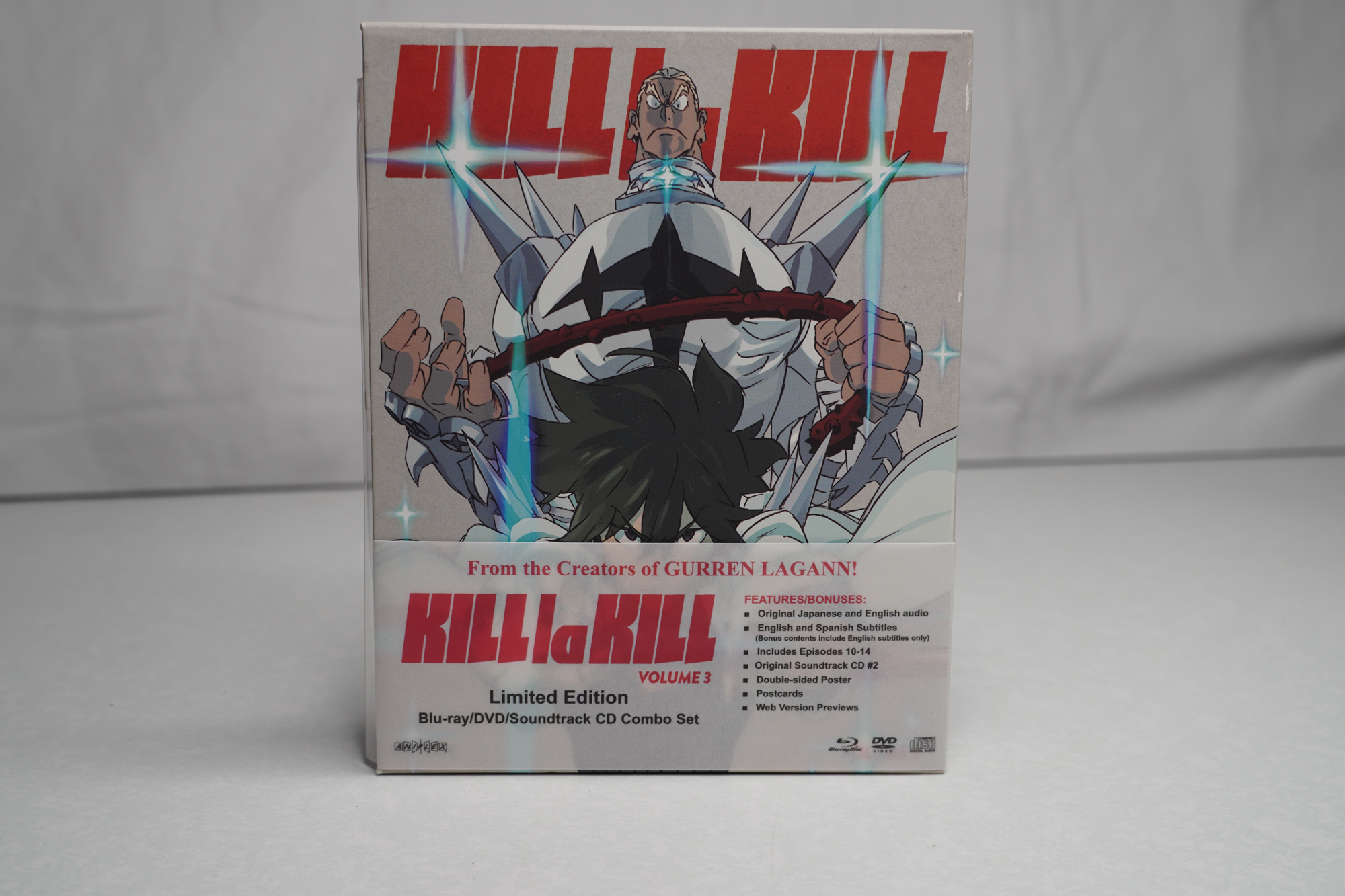 This limited edition box set of Kill la Kill vol 3 features the episodes 10-14 of the swift and sexy action anime on blu ray and DVD with a few extras.

The five episodes that are available on this box set include:

Packaged alongside the anime is the second Original Soundtrack (OST) CD . The first OST was available in the Kill la Kill Vol 2 Limited Edition, complete with 18 tracks. However, the first 13 tracks are in Japanese kana, thus I will not be able to list them all here. See the image below for the track list.

Physical extras in this limited edition include two normal-sized post cards with artwork of the Elite Four, which is the same as the box set’s cover.

Finally, my box set came with a single card for the English version of a Kill la Kill card game. Sometimes it seems like Japan tries too hard to push card games on fans.