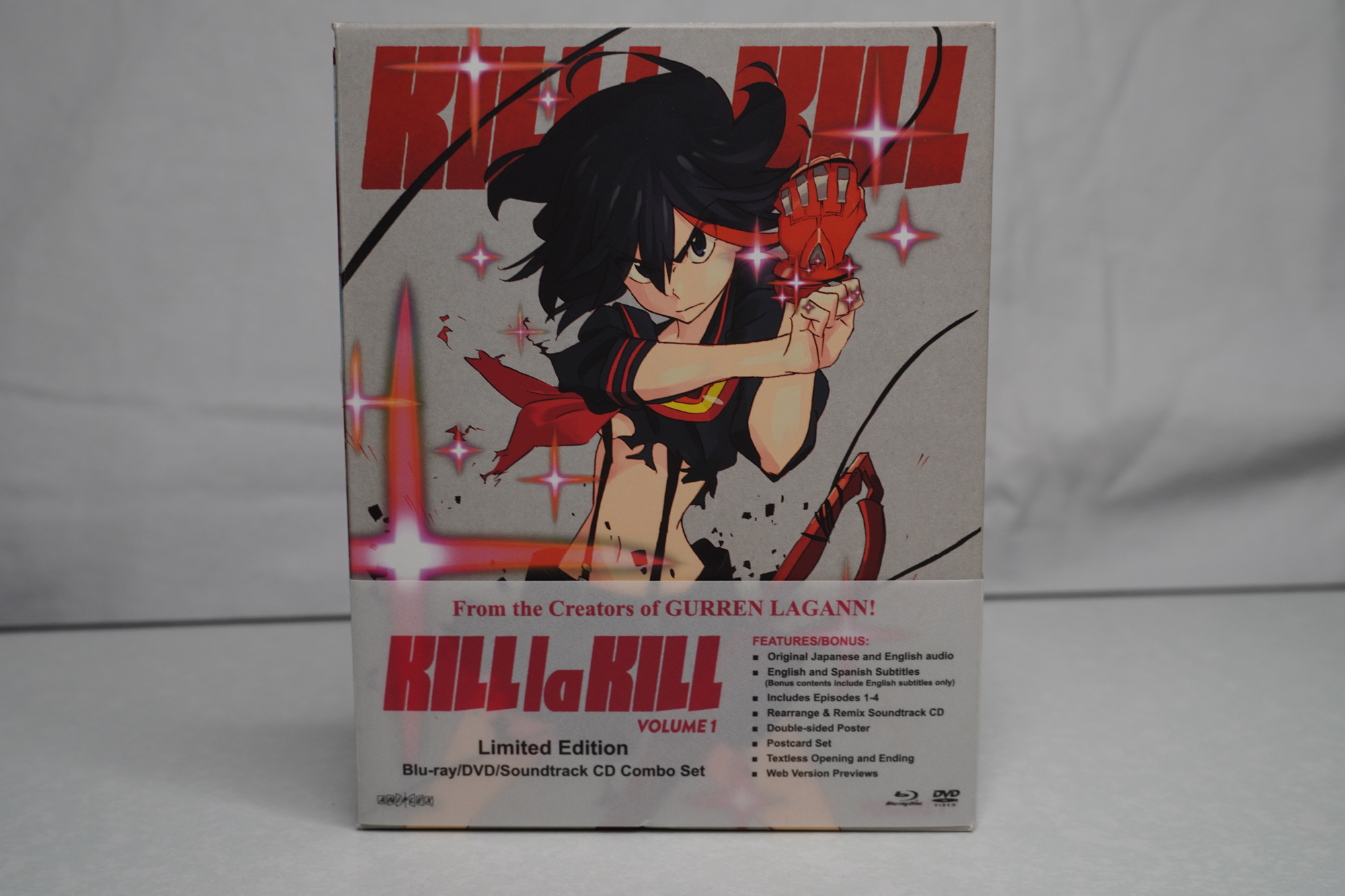 This limited edition box set of Kill la Kill vol 1 features the first four episodes of the fast-paced, provocative fighting anime on blu ray and DVD with a few extras.

Those four episodes are titled below:

Packaged alongside the anime is a rearrange and remix soundtrack CD featuring a total of 10 tracks composed and arranged by Hiroyuki Sawano. Those tracks are titled below:

Finally, a double-sided poster folded in fours (four times the size of a blu ray case) is also included in this set, meaning you will only be able to display one side at a time.