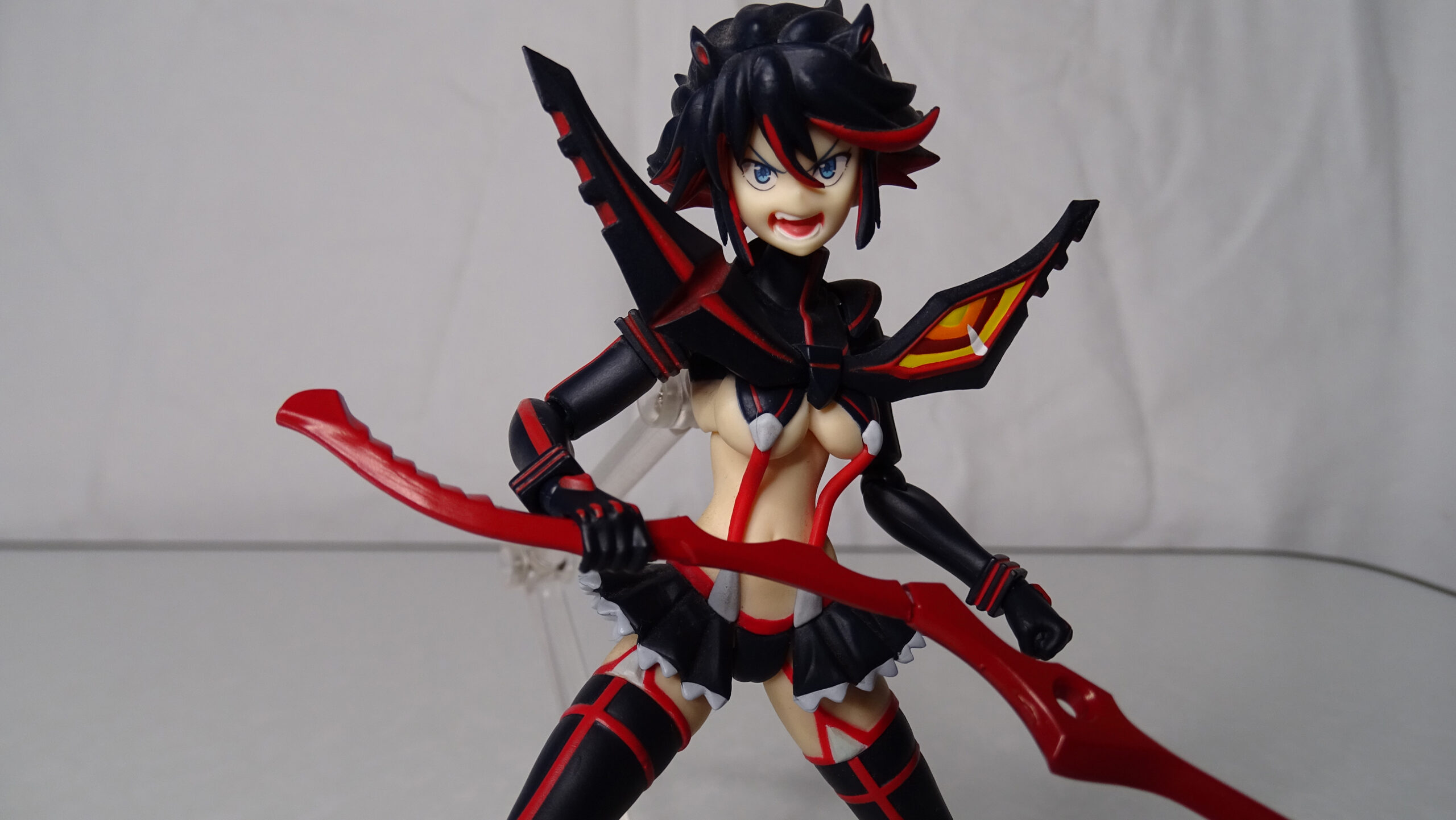 The main protagonist of Kill La Kill, Ryuko Matoi, is ready for battle with this hot and violent figma.

This Matoi Ryujo Figma measures 14cm from head to toe. The pieces extending from her chest are moveable and can easily break off. The figure can bend at the wrists, elbows, shoulders, neck, upper body, hips, knees, and ankles.

Pieces included: Figma base with arm, three faces, eight extra hands, and half of the scissors blade in normal and extended form. The image of the scissor blades and swords are from both Kill la Kill Figmas.

Watch my unboxing of this Ryuko Matoi Figma below.