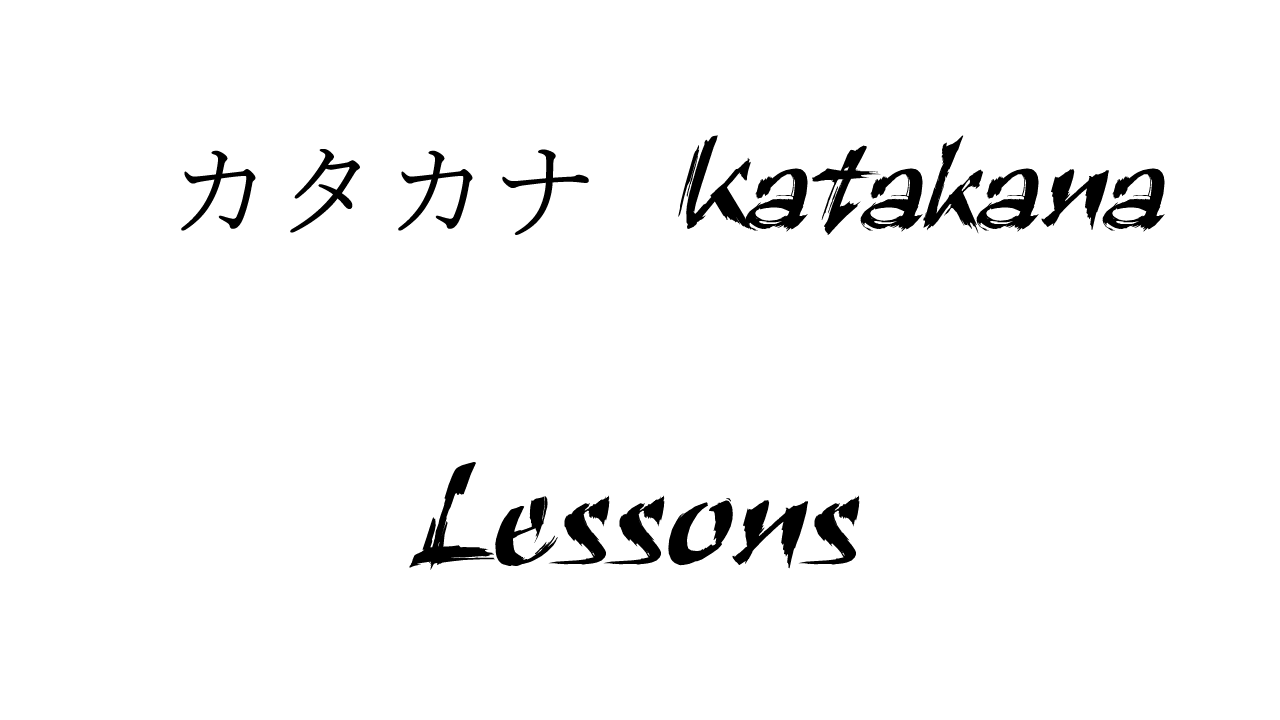 Do you want to learn about the Japanese script known as Katakana?

Katakana is a set of symbols that are used as phonetic “alphabet” of sorts in the Japanese language, but only for borrowed words. Unlike Hiragana, Katakana is used for words that originate in other languages. These are the symbols foreigners use to spell out there names as best they can. My name is Hector. You can spell it hekutaru ヘクタル or hekutaa ヘクター. More info on the bar symbol below.

It’s very important to pronounce katakana correctly. Some people may think since the word originated in another language, they should use the original pronunciation or accent. If you do that, Japanese people may not understand you. For example, you don’t say chocolate you say “chocoreto,” or the shortened form “Choco.” For those English speakers who have never studied Japanese, you may not know which sound to make. Below are some examples:

From time to time you may see a small form of tsu ツ. This is called a Sokuon. When you see this, you don’t pronounce it as tsu. You actually make an immediate and brief pause in pronunciation. In romaji, it will actually be two of the same letter that appears after the small tsu. ポッキー is Pocky, which is a popular snack food. If you were saying it, you would pronounce it po (brief pause) kii.

As you may have noticed, there are also bar symbols “ー” in select katakana words. This is called a choonpu, onbiki, or bobiki. It extends the sound of the katakana before it. Two examples were already given with Hector and Pocky. Another example is Picture or Pikuchaa ピクチャー.

Below is a list of all base katakana symbols and the sounds they make. The Dakuten and Handakuten forms are listed to the right of the base forms they alter.

Some borrowed words need additional sounds that don’t normally appear in the Japanese language. To do this, a smaller form of the vowels (a, i, e, o, u) are placed after the bigger katakana symbol. For example, the name Fiona can be written with a big Fu, a small I, a big O, and a big Na: フィオナ.