The JBL E55BT Headphones sound incredible, but there are some design flaws. Here’s my review of these bluetooth headphones.

After buying a number of cheap headphones throughout my life, including a pair of semi-cheap bluetooth headphones that didn’t last a month, I decided to splurge and go with something relatively expensive: The JBL E55BT bluetooth headphones. JBL has been a big name in speakers for a long time, so I wasn’t too scared to spend $100+ on these; At the time the headphones were $150, but shortly after they were discounted to $100.

To be completely honest, I was disappointed the first time I actually had the headphones in my hands. They felt tiny, hollow, and very fragile. On one hand that’s good for being lightweight and comfortable while on your head, but on the other hand these headphones feel like they can break at an instant. 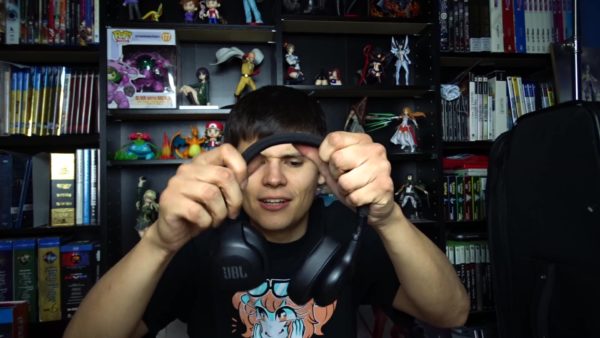 The cushions around the ear are very soft and comfortable, but there’s almost no padding on the headband. The headband feels as if there are two folds of cloth instead of any sort of attempt at padding.

The interface on the ear cups are lack luster for both the price range and the big JBL namebrand. The left ear cup simply has the micro USB charging port. The internal battery has a 20 hour life span, which is fine for an entire day’s use. Then only two hours is needed to charge them back up to 100%. A small red LED near the charging port will appear while the battery is still being charged. 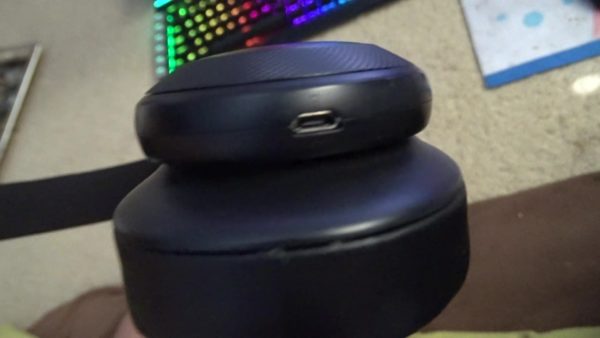 The right ear cup has the springy power switch, which has a white and blue LED. The small LED will be solid white when the power is on and solid blue when the headphones are paired to a device.

Below the power switch is the volume up button, play/pause/answer call button, and volume down button. These buttons are basic tactile buttons. A small click can be felt when they’re pressed, and a beep will be played in the headphones when the volume is turned up or down.

After the volume buttons is the 2.5mm aux port. Yes, for some reason the person who designed these headphones used a smaller aux port instead of a normal one! The headset comes with a 3.5mm to 2.5mm nylon cable with mic which can be used at any time, but it might be a little tough to find a replacement cable since they’re not very common. The aux is needed to use the headphones while they’re currently charging. Since the charging port is on the other side, that means you’ll have one cable hanging from each ear. 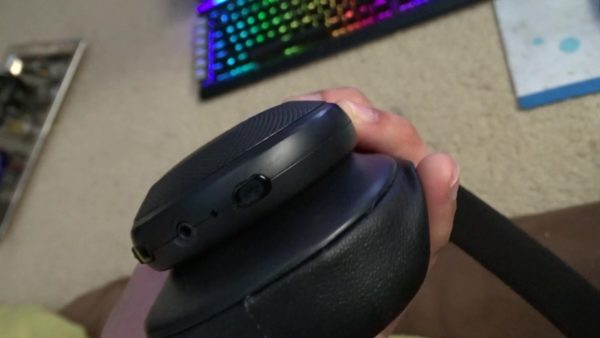 When it comes to the sound, the JBL E55BT are the best headphones I’ve ever heard. They have great noise cancellations, just as if you went into a brand new car. The 50mm drivers allow me to hear everything so clearly with a decent amount of bass that isn’t as overwhelming as some headphones I’ve used in the past. I swear I heard instruments in songs I’ve never heard before, and footsteps in video games reverberate with ultra clarity.

The JBL E55BT Bluetooth headphones sound terrific, but the interface is poorly designed. A lack of skip track buttons and having all buttons on one ear cup were all poor design choices. However, since the price of these headphones are dropping, and they sound magnificent, I still recommend them for listening to music, watching movies, and even gaming!